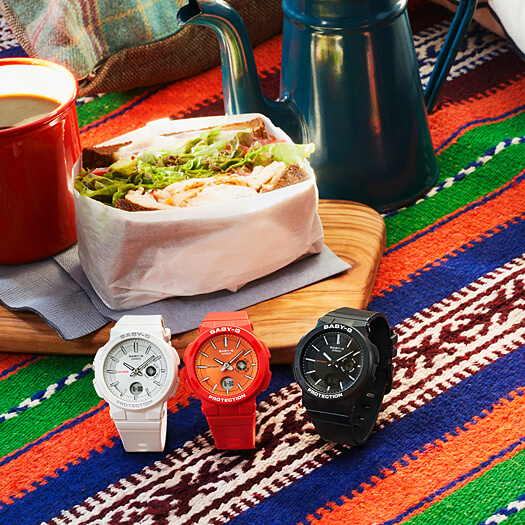 Casio America recently released the Baby-G BGA-255 Series featuring the Neon Illuminator, a black light LED that makes the hands and markers glow vividly in the dark. The debut models include the black BGA255-1A, orange BGA255-4A, and white BGA255-7A with a list price of $99 USD each. Known as the “Wanderer Series” in Japan, the BGA-255 makes an excellent travel watch with its simple, lightweight design and world time feature.

In other BGA-255-related news, Casio is releasing the Baby-G BGA-255-5A in collaboration with the Suzuki Hustler Wanderer, a subcompact crossover SUV sold in Japan. The watch matches the car’s outdoors-inspired “chiffon ivory metallic” color scheme. The Hustler Wanderer is a special edition and represents the top of the Hustler range. 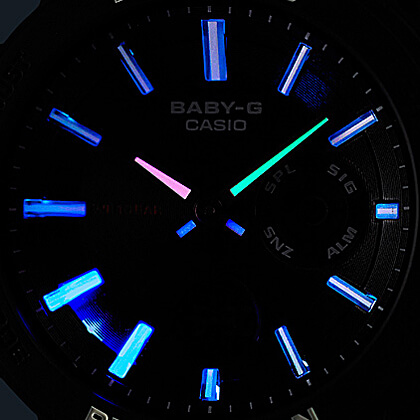