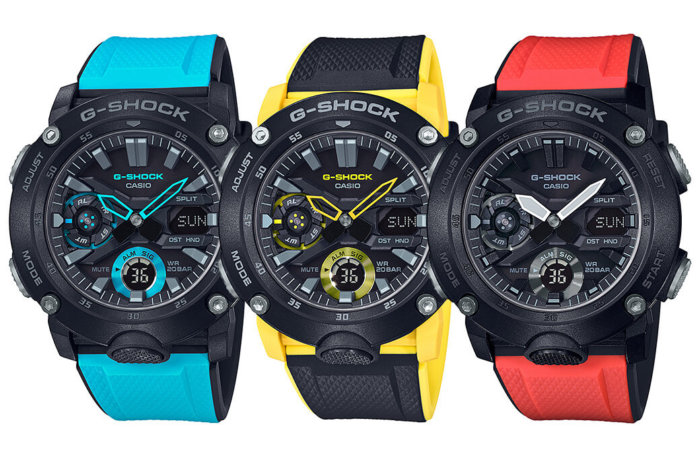 Utilizing the new Carbon Core Guard structure like the GWR-B1000 Gravitymaster, the analog-digital G-Shock GA-2000 series offers a new urban outdoor style with a sleeker look than the usual G-Shock and does it at an affordable price point.

Notable features include a carbon fiber-reinforced case, guardless buttons, front light button, a double case back structure (with a fine resin glass fiber outer case back), and multi-color resin bands. The Carbon Core Guard gives the GA-2000 a very light weight at 64 grams which is lighter than the GA-100. The display has 3D index markers with high-contrast analog hands, LCD subdisplays, and a menu subdial. The LCD subdisplays are backlit by an LED light, offering better nighttime viewing for the LCD displays compared to the GA-1XX models.

Another unique feature of the GA-2000 is that unlike other G-Shocks the bands can lay completely flat with the case and are easily removable using a slide lever without special tools. Casio is reportedly planning to sell several bands separately including a Cordura fabric band, resin band, and Velcro band.

Despite the model number and the shared technology with the GWR-B1000, the GA-2000 does not appear to be a Gravitymaster model like the GA-1000.

The carbon fiber-reinforced case with guardless buttons, resin bezel, and double case back: 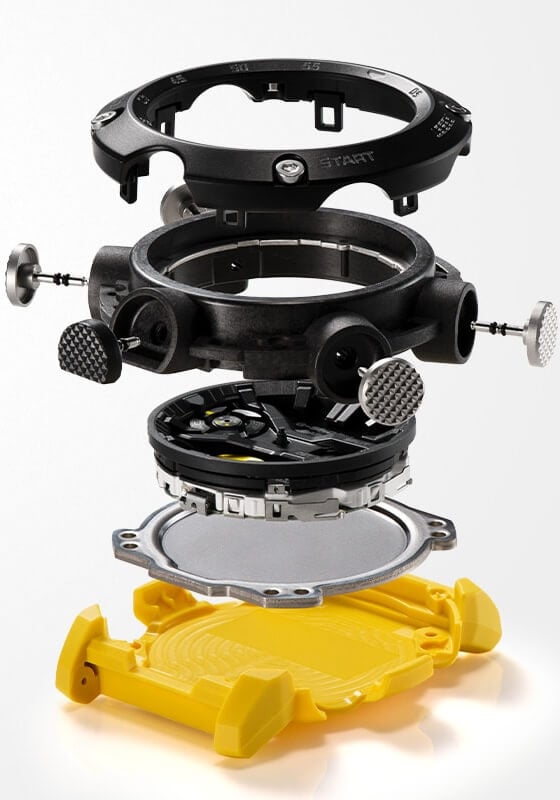 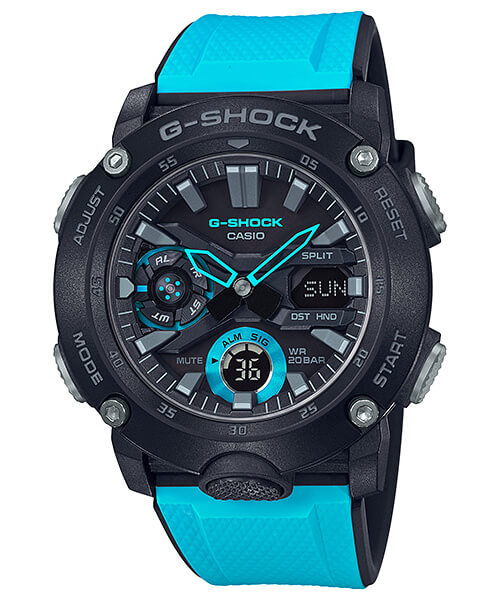 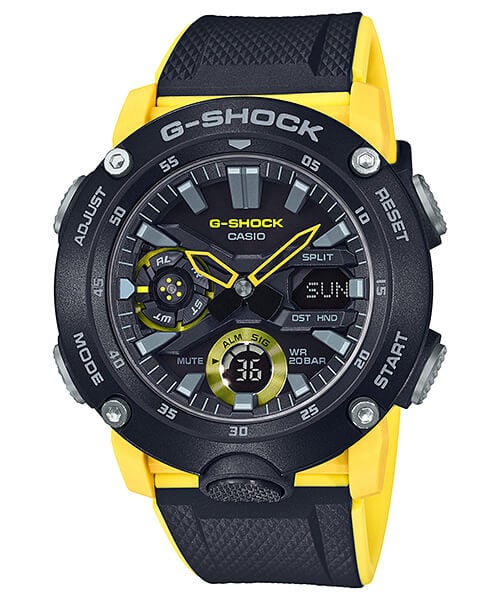 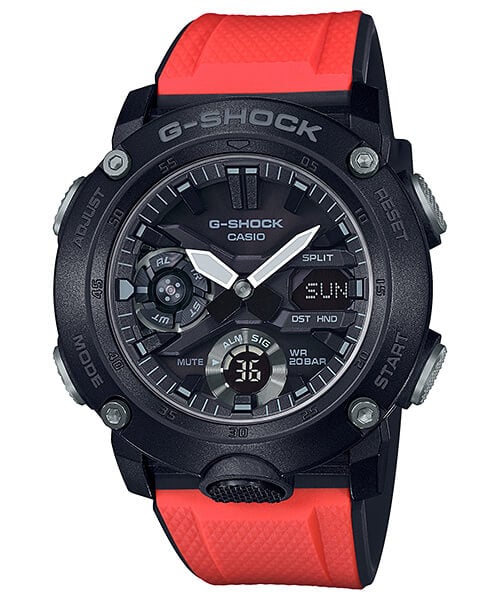 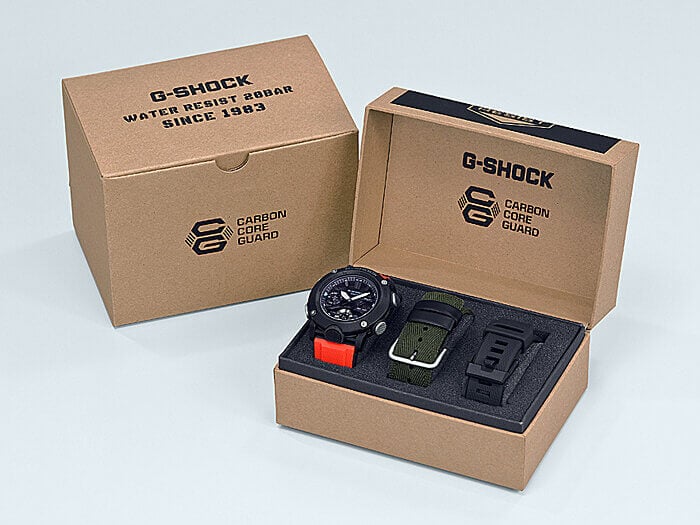 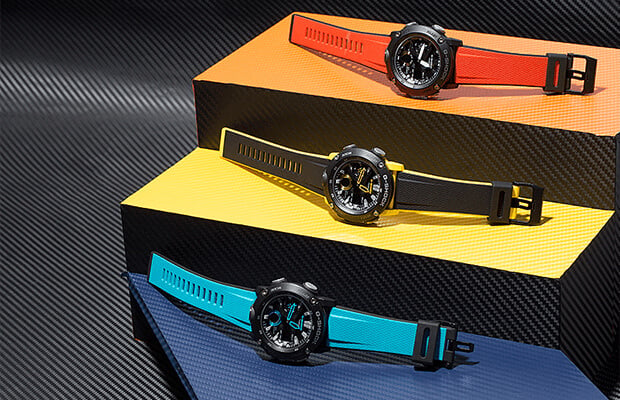 Metal-covered G-Shock GM-2100 is not a Carbon Core Guard
Disclosure: G-Central is independently managed by fans and supported by ads. We may earn a commission on purchases from our links to Amazon, eBay, and Reeds Jewelers.

I saw these a an official Casio dealer in the Netherlands yesterday. Blue and yellow for EUR 129, red, with the two extra straps, 159

My watch carbone core guard has bo manual.can you help me to have ontnx

when will this watch be available in asia (INDIA) , with red strap and with what cost … ?????

On the G-SHOCK GA-2000-2ADR BLUE or the red above: are the hand illuminated and will they glow in the dark?

The blue-banded GA-2000-2A and yellow-banded GA-2000-1A9 do not have luminous, glow-in-the-dark hands (since they have “skeleton hands” that you can see through) but the red-banded GA-2000E-4 does (and it also includes a black resin strap and green cloth strap). You can see the lume in this video: https://youtu.be/3ag2LiA-mDk?t=463
If you’re talking about the Neon Illuminator, no these models do not have that but they do have dual LED (Super Illuminator) lights.

When will the replacement bands/straps be sold?

They are going on sale in June 2019 in Japan, probably June for the rest of Asia too. Hopefully in July for U.S. and Europe. 24-mm quick release straps from other brands will also work. https://www.g-central.com/quick-release-replacement-bands-for-g-shock-ga-2000/