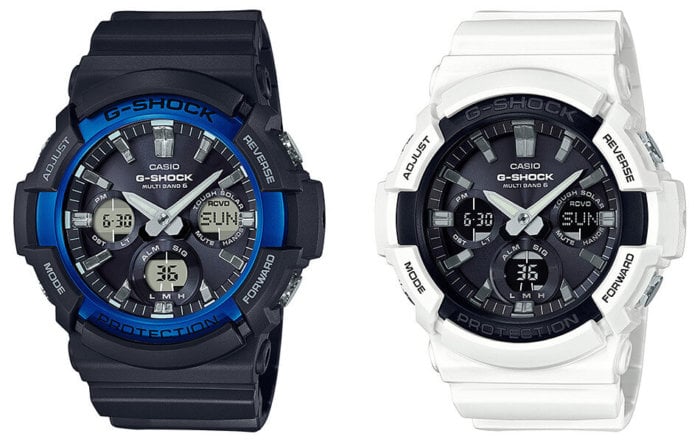 More unexpected additions to the lineup of Casio G-Shock watches “sold by Amazon.com” include the GAW-100B-1A2 and GAW-100B-7A. This is an interesting development because the GAW-100 series with Tough Solar power and Multi-Band 6 radio timekeeping was previously available only in Japan and Europe and was not expected to be released in America, whereas the GAS-100 series (with just Tough Solar) was intended for the rest of Asia and America. Casio’s official online store, ShopCasio.com, does not currently offer any GAW-100 models for sale, and Amazon.com appears to be the only official place to buy these in North America at the moment. Casio watches that are “sold by Amazon.com” (and not a third-party seller) include a 1-year Casio warranty. Amazon.com has also been selling the GAS-100-1A, and this is the first time it is offering any GAW-100 models.