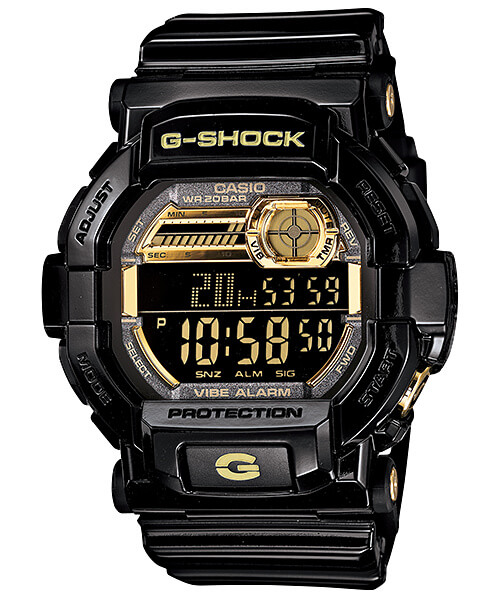 We just noticed that the G-Shock GD350BR-1 is available again at various official retailers. This is a glossy black and gold version of the popular military model. This is an unusual sighting, as the GD350BR-1 was originally released in 2013 and has suddenly reappeared.

The GD-350 base is a large-case model with a unique vibration alert option for the countdown timer, hourly alert, and alarms. The lower-right button is a dedicated one-press start button for the countdown timer, and unlike other models, the watch displays the countdown timer along with the current time. The GD350BR-1 has metallic-style gold accents on the face, gold screws and timer button, and a gold buckle. According to ShopHQ product photos, it also comes in a black and gold case that is different than the usual black tin (but that may not apply to all retailers).