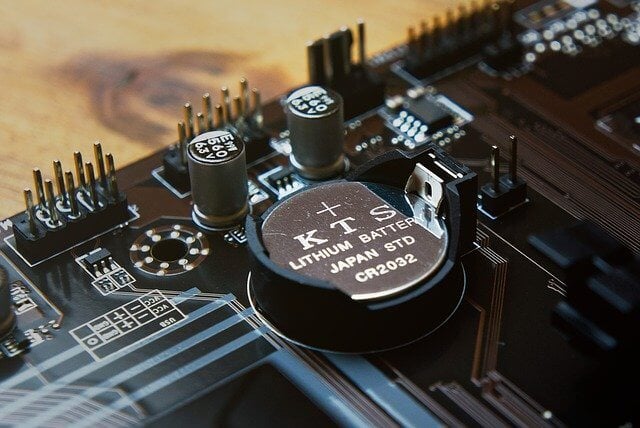 G-Shock watches that use a large CR2032 battery have some big advantages, but some of these models may be getting phased out. (Above: CR2032 battery in a computer motherboard.)

A major reason why you might want to choose a G-Shock watch with a CR2032 battery is because it is the most widely available type of coin battery. Assuming you are willing to change the battery yourself, you can easily find a replacement battery at drug stores, supermarkets, and home supply stores, and you won’t have to go to a watch store or other specialty store to find one.

G-Shock watches that use the CR2032 (with the exception of the MIP LCD models) have a very long battery life compared to other non-solar models. Other than some of the G-SQUAD and G-LIDE models, there are only two current G-Shock models that use the CR2032: the GD-350 and the GD-X6900. The GD-350 has an approximate 5-year battery life, and the GD-X6900 has an approximate 10-year battery life. The GD-350 has the vibration alert feature, so it is conceivable that the battery could last much longer if vibration is not enabled and the LED light is used sparingly. 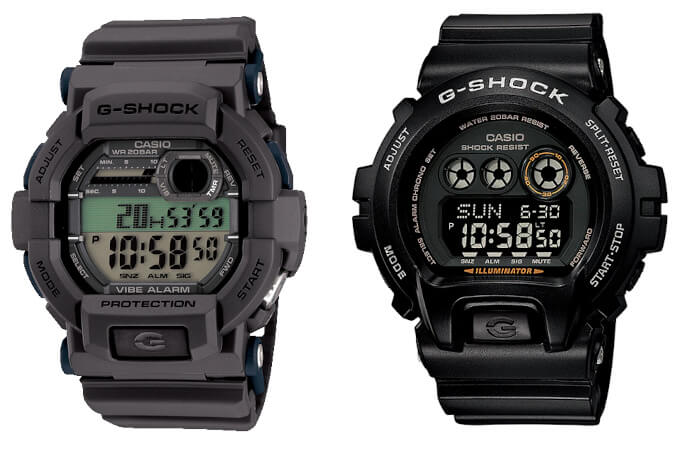 The downside to these models is that they are considerably larger than some other digital-display G-Shock watches. Also, the future status of the GD-350 and GD-X6900 is uncertain. Though several GD350 models are still available in the United States from gshock.com and Amazon, all the GD-350 models have ended production, according to G-Shock Japan, so it remains to be seen how long the GD350 will continue to be available. The GD-350 is not in the current lineups for Asia and Europe. Also, while the GD-X6900-1JF and GD-X6900FB-7JF are still active models in Japan, the GDX6900 is no longer available in the U.S., though it was available from gshock.com and Amazon as of last year. The GD-X6900 is also not in the current lineups for Asia and Europe. The last GD-X6900 release was the X-Large collaboration in 2018, and the future existence of the series is uncertain, as the trend has been toward smaller cases lately.

While the G-SQUAD GBD-100, G-SQUAD GBD-200, and G-LIDE GBX-100 also use the CR2032 but have only an approximate 2-year battery life due to their advanced functions which include step tracking, vibration, and Bluetooth, they still have the advantage of using a widely available battery type. 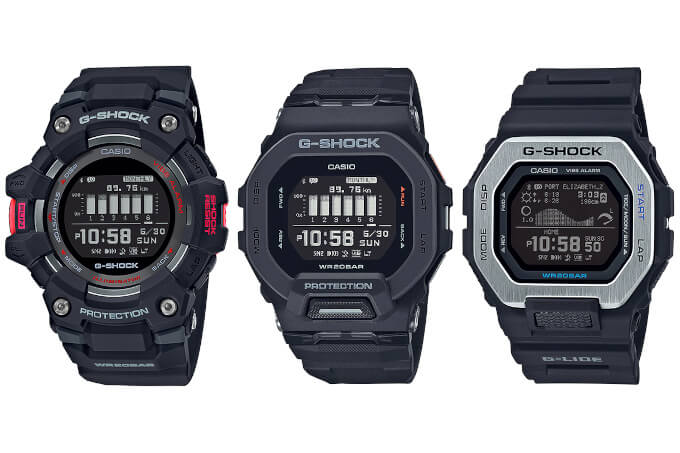 Another suggested Casio watch that uses a CR2032 with a 10-year life is the affordable wide-face AE-1500 series, but it does not have the shock resistance or mineral glass of a G-Shock, and it is water-resistant to 100 meters.

There are also many G-Shock watches that use a CR2016 battery, which has the same diameter as the CR2032 but is thinner. Though not as widely available in the same variety of stores as the CR2032, the CR2016 shouldn’t be too difficult to find in most areas. Many of the bestselling G-Shock watches use the CR2016, such as the DW-5600 and DW-6900, as well as more recent models like the analog-digital GA-700 with 5-year battery and the GA-900 with a 7-year battery. Digital-display models like the DW-5600 and DW-6900 are known to last much longer than the estimated two years, if the EL backlight is not used heavily.

G-Shock GD-350 with vibration alert discontinued in Japan
Disclosure: G-Central is managed by fans and supported by ads. We may earn a commission on purchases from our links to Amazon, eBay, and Reeds Jewelers. Please follow your country's official G-Shock site for additional release information.