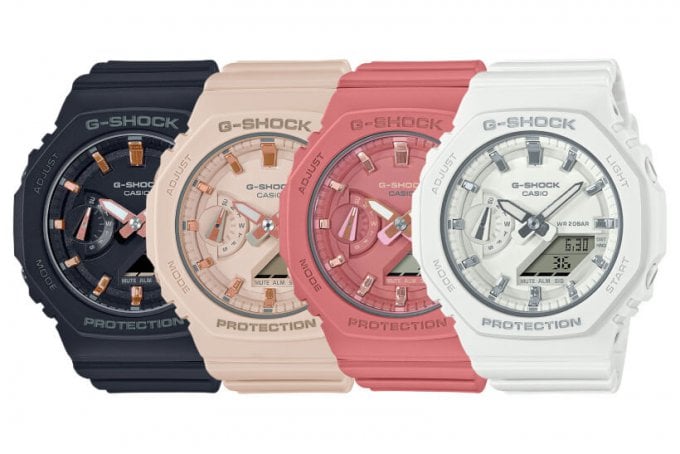 Update: New images of the G-Shock GMA-S2100 series were released by Casio Europe, including some wrist shots. The watches look just like smaller versions of a GA-2100 with color schemes aimed at women. With their distinctive metallic-style markers and accented dial rings, they appear to be different than the watches in the original leaked photos, which were probably prototypes. 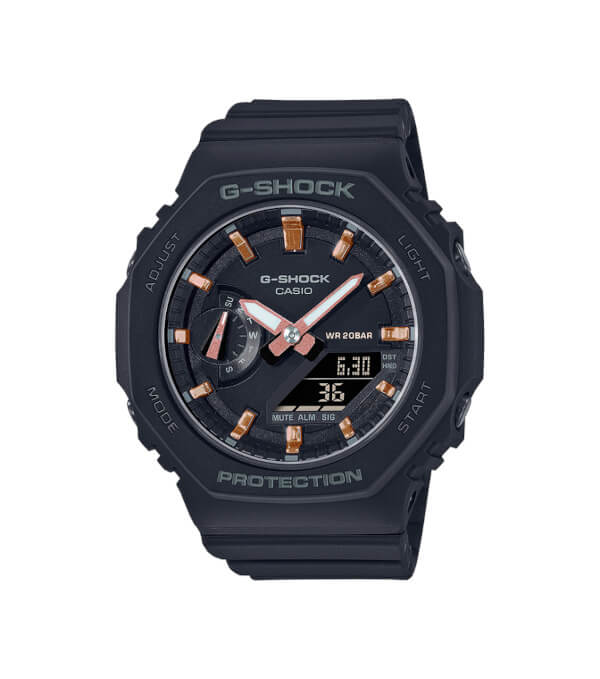 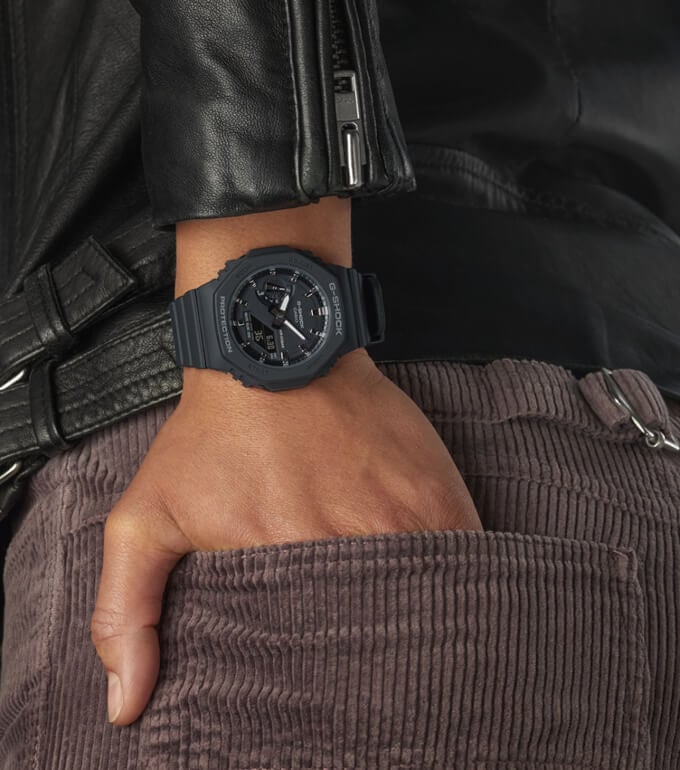 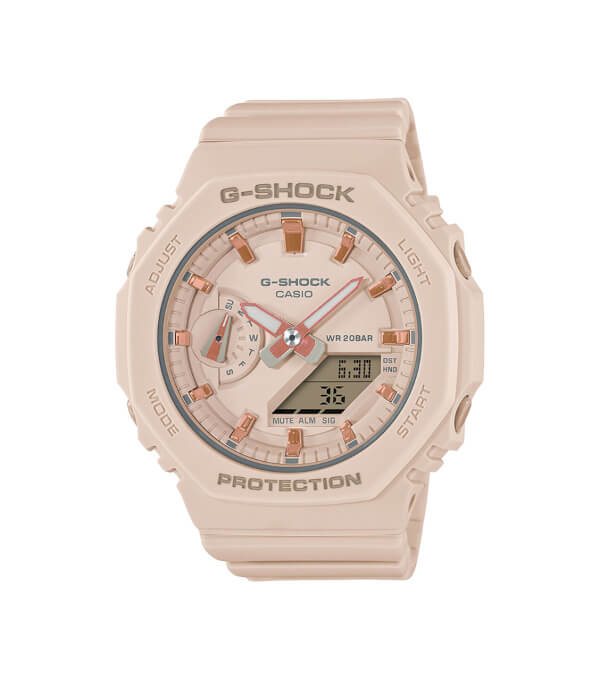 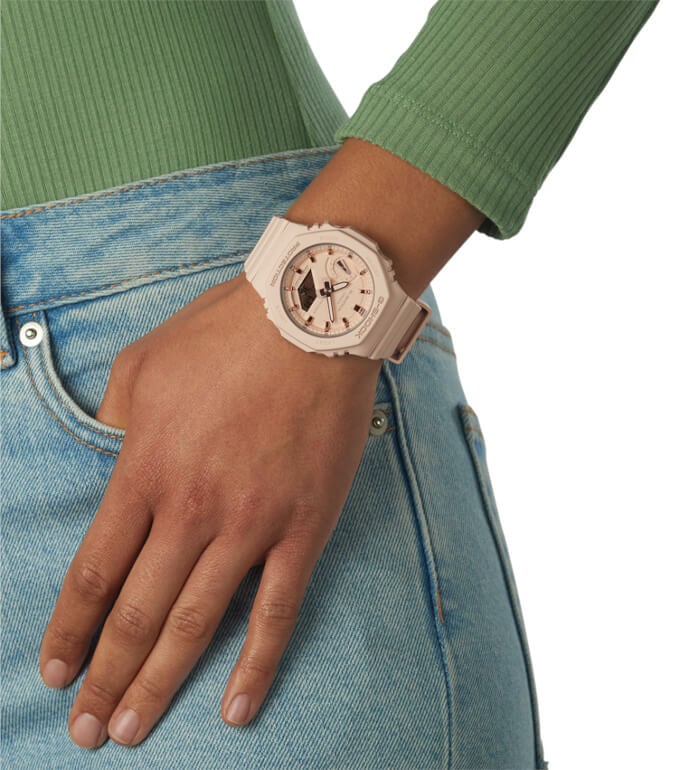 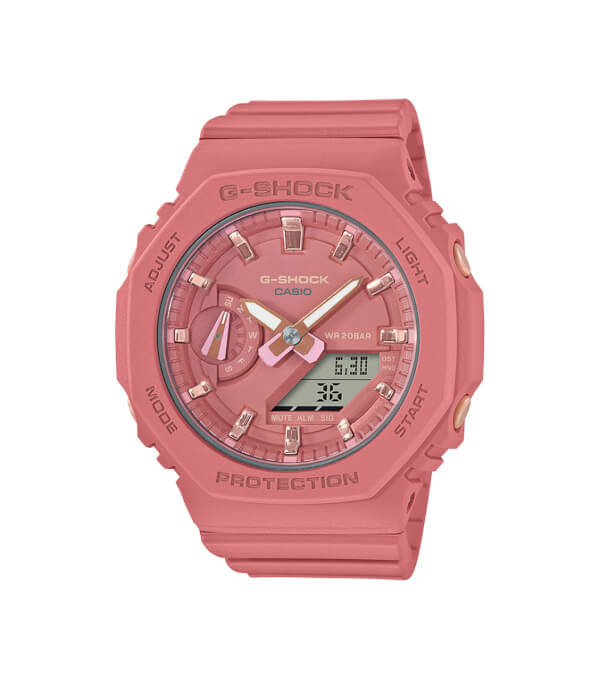 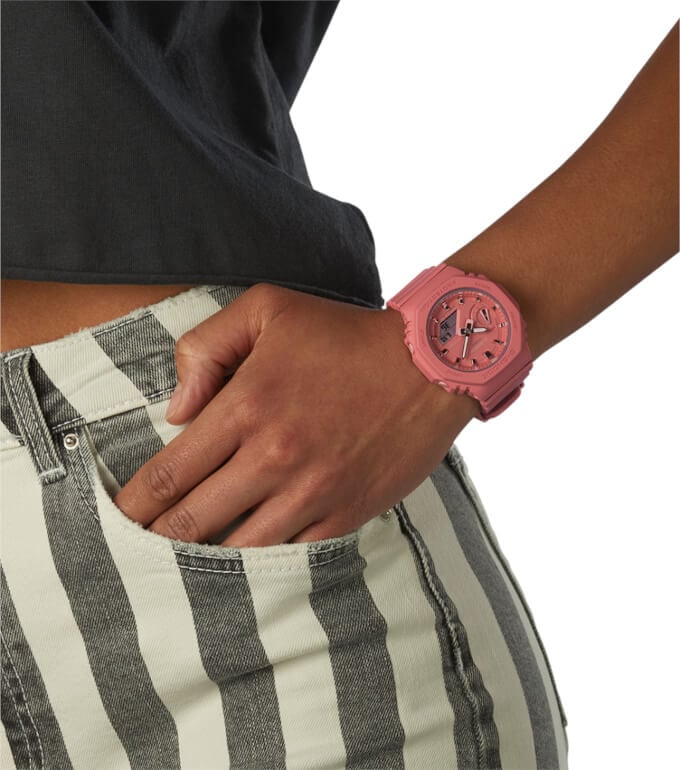 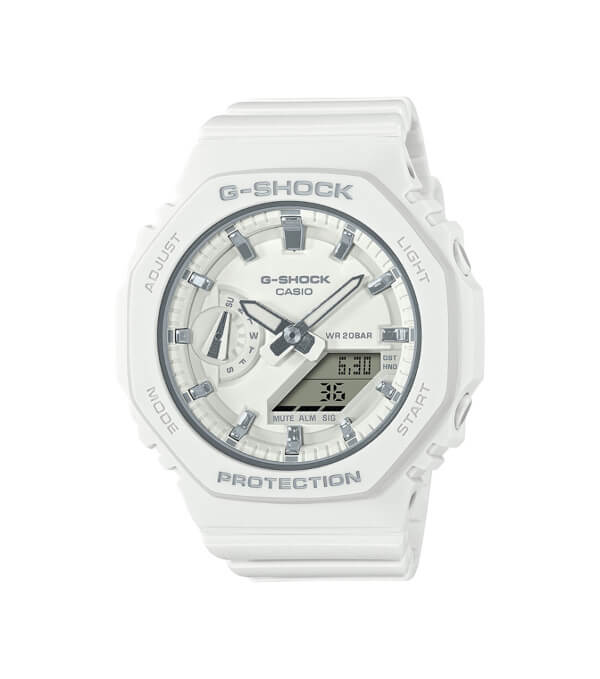 The upcoming G-Shock GMA-S2100 series, or the “Mini CasiOak” as it will inevitably be known as, was recently discovered by Japanese fan blog Great G-Shock World. As the nickname implies, this is a smaller S Series version of the GA-2100, which was first introduced in late 2019 and quickly became one of the bestselling G-Shock series. The models discovered include the GMA-S2100-1AER, GMA-S2100-4AER, GMA-S2100-4A2ER, and GMA-S2100-7AER. (The “ER” denotes a European release, where new models are often first discovered, and the series is expected to be released worldwide.)

Some very low-res images were also found, and they look just like a smaller version of the GA-2100. The S Series of smaller G-Shock watches is aimed at women, but it is also suitable for older children, men with smaller wrists, or anyone who prefers a smaller watch.

According to a French retailer, the series is coming in March 2021 and will have the same features as the full-size GA-2100, which include shock resistance, 200-meter water resistance, Neobrite luminous hands, world time, 1/100-second stopwatch (24 hours), countdown timer (24 hours, settable in 1-second, 1-minute, and 1-hour increments), 5 alarms, hand shift function, button tone on/off, dual lights with LCD backlight, and approximate 3-year battery. The official dimensions are not yet known, but it is possibly thinner than the GA-2100, which is currently the slimmest active G-Shock model at 11.8 millimeters. Pre-listings are showing up on European retailer sites, with prices in the 120-125 Euros range. 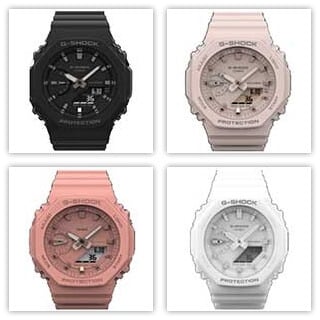 G-Shock GA-2100 “CasiOak” is the slimmest G-Shock watch
Disclosure: G-Central is managed by fans and supported by ads. We may earn a commission on purchases from our links to Amazon, eBay, and Reeds Jewelers.