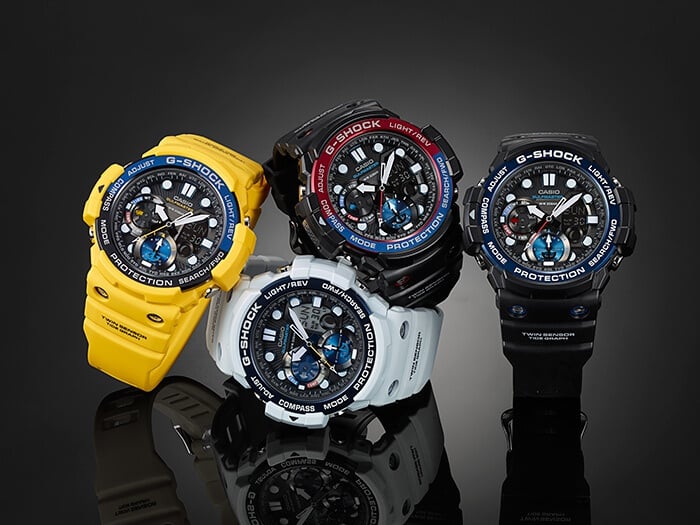 G-Shock Australia announced the GN-1000 Gulfmaster for an August 2015 release. The design is similar to the GWN-1000 Gulfmaster with fewer features and a more affordable price. The GN-1000 measures 50.5 × 53.4 × 15.9mm. It is an analog/digital hybrid with a Twin Sensor (compass and thermometer) with bearing memory as well as a tide graph and moon age graph. Unlike the GWN-1000 the GN-1000 does not have Tough Solar or Multi-Band 6. Battery life is rated for 2 years. 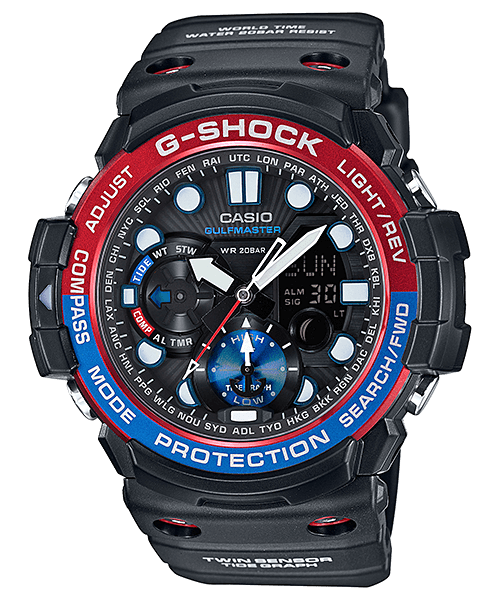 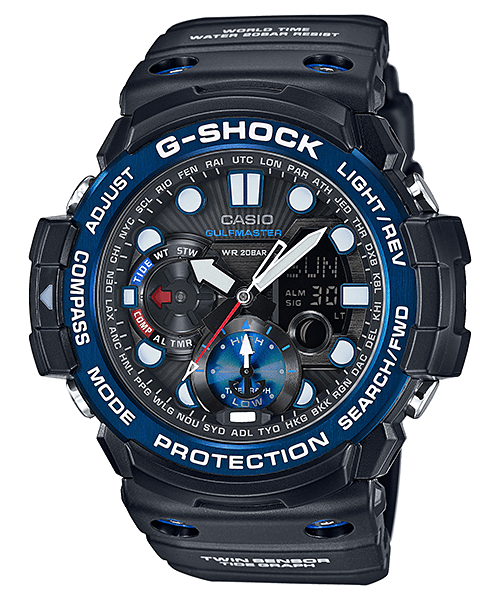 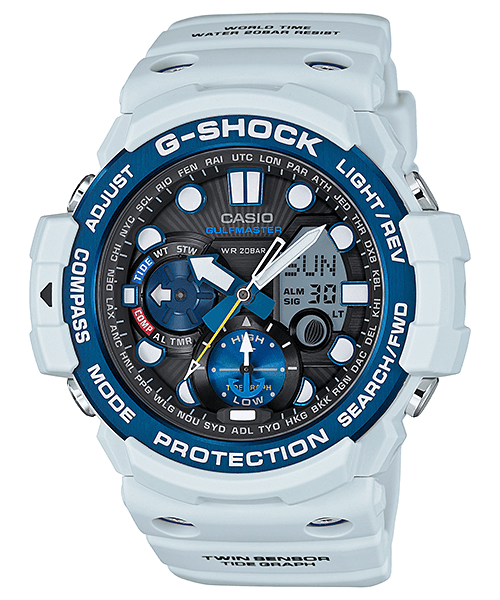 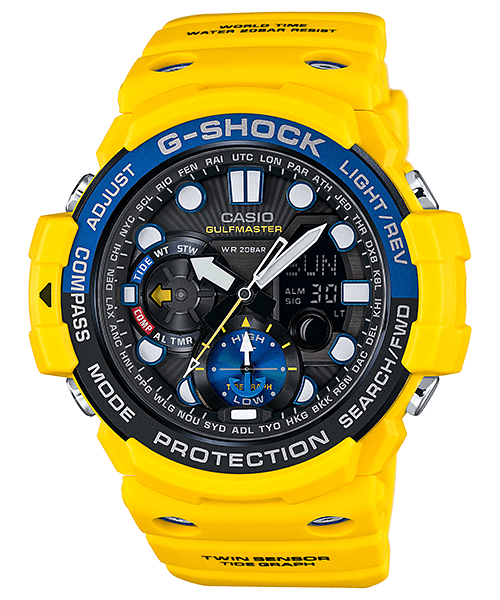 With gold bezel, released July 2016 as part of the Master of G Twin Sensor Black and Gold Series.

I have had the same G-Shock now for 17 years and still working brilliantly.
I use it diving, hunting, working in the Police – including Marine work, farming etc and replaced the battery once that I recall (this has the solar charging).
The strap has been replaced once and now the plastic face has been ripped off as has the button covers – but it still keeps excellent time and I still use it for the gym, running and fishing.
They are awesome watches and I will definitely look to replace it with another, once it actually dies.