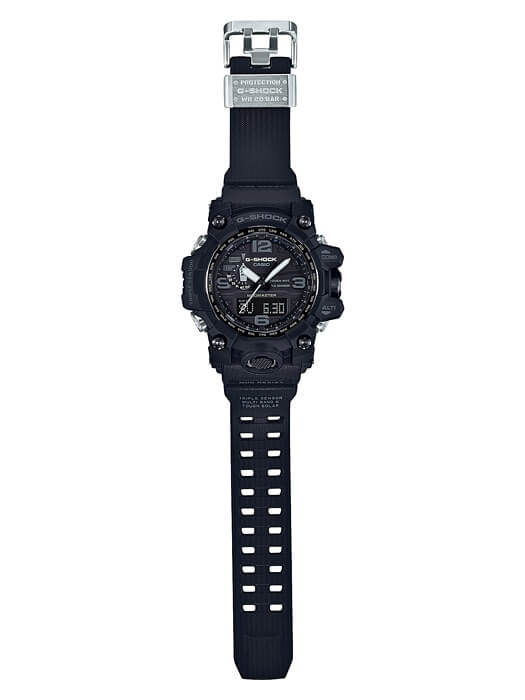 British Army x G-Shock GG-B100BA-1A Mudmaster
Disclosure: G-Central is managed by fans and supported by ads. We may earn a commission on purchases from our links to Amazon, eBay, and Reeds Jewelers.

Can you get the Casio G-Shock Mudmaster GWG-1000 series with a positive display?

No, all models only have a reverse LCD display so far.

Which mudmaster series has tough solar, compass and sensor but without the Multi-Band 6 radio time-syncing since my location is far away. Thanks

There is currently no Mudmaster model with Tough Solar and sensors with no Multi-Band 6. GG-1000 has Twin Sensor (compass and thermometer) but not Tough Solar. GSG-100 has Tough Solar without Multi-Band 6 but no sensors.

Quick question. Do the numbers on the GWG1000 1A1 iluminate like the hands?

On other GWG-1000 models with lighter numbers they do but on this one only the hands have the Neobrite coating. You can see it in this video on the left: https://www.youtube.com/watch?v=12C08FJuNYg&t=74