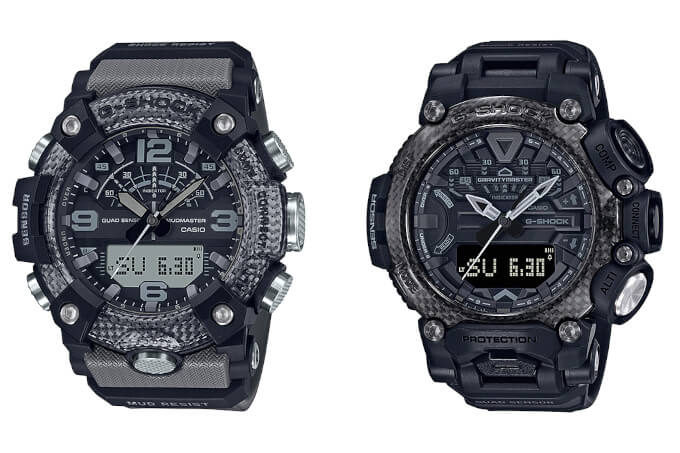 Coming in July to the Asia region (but not Japan) are the G-Shock Mudmaster GG-B100-8A and Gravitymaster GR-B200-1B. The GGB100-8A ($380) and GRB200-1B ($350) are also expected to be released in the U.S. soon. These Carbon Core Guard models have a black and gray color scheme with a bezel made of carbon fiber inserts pressed between resin layers.

The Gravitymaster GR-B200-1B has the stealthier appearance of the two, with a mostly black exterior. The Mudmaster GG-B100-8A has a lighter gray bezel, gray band, and silver front screws and buttons. The GG-B100-8A is notable for being the first GG-B100 model with a standard (non-inverted) LCD display. The GR-B200-1B is the first GR-B200 release after the three debut models and the limited edition Royal Air Force collaboration. 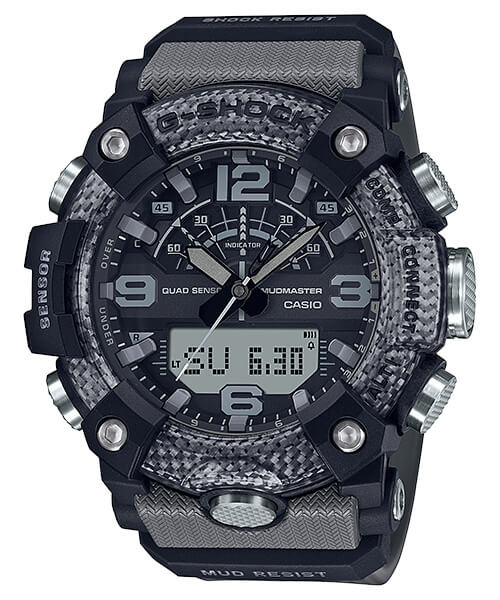 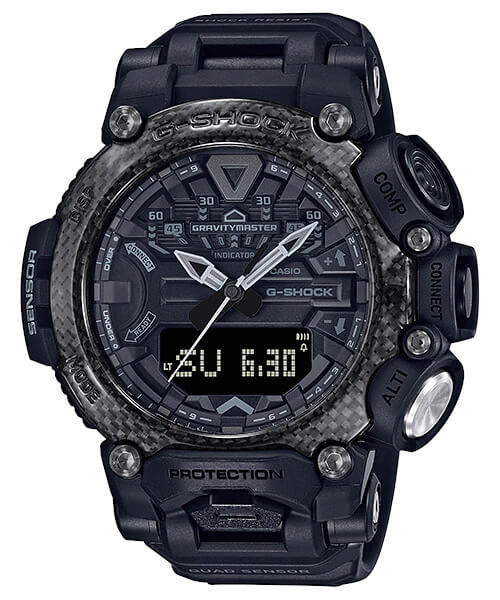