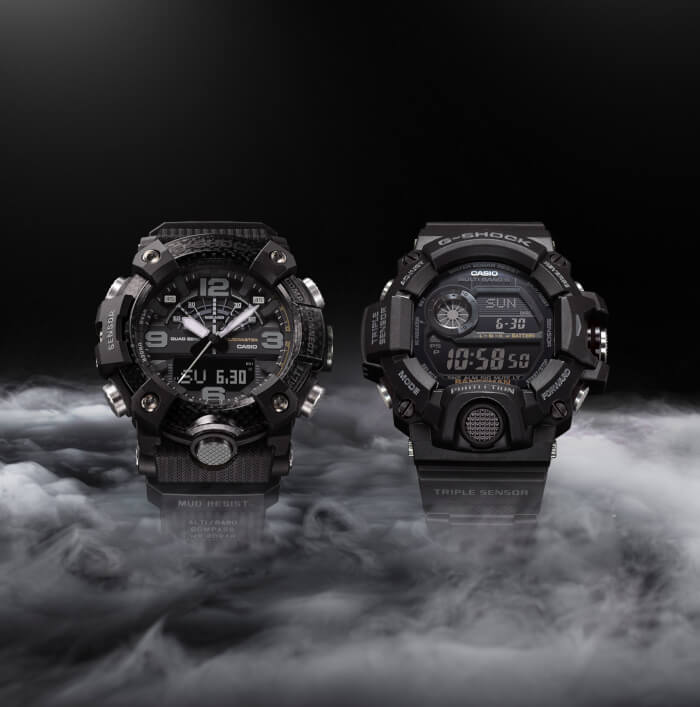 Casio announced the G-Shock Mudmaster GGB100-1B (left) and Rangeman GW9400-1B “Blackout” Editions for a February 2020 release. These basic black models feature a mostly black colorway with silver buttons, gray lettering, beige accents, and reverse LCD displays. These watches continue the style that was originally seen with the Mudmaster GWG-1000-1A1 in 2018.

Except for its standard resin band instead of a carbon fiber insert band, the GW9400-1B is the same as Japan’s GW-9400J-1BJF released in January 2020. 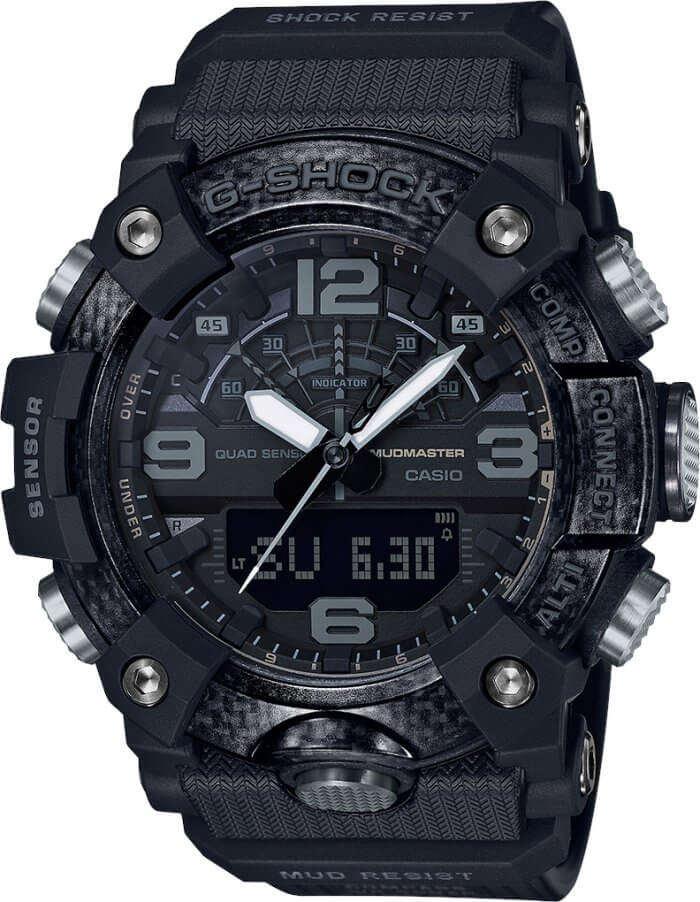 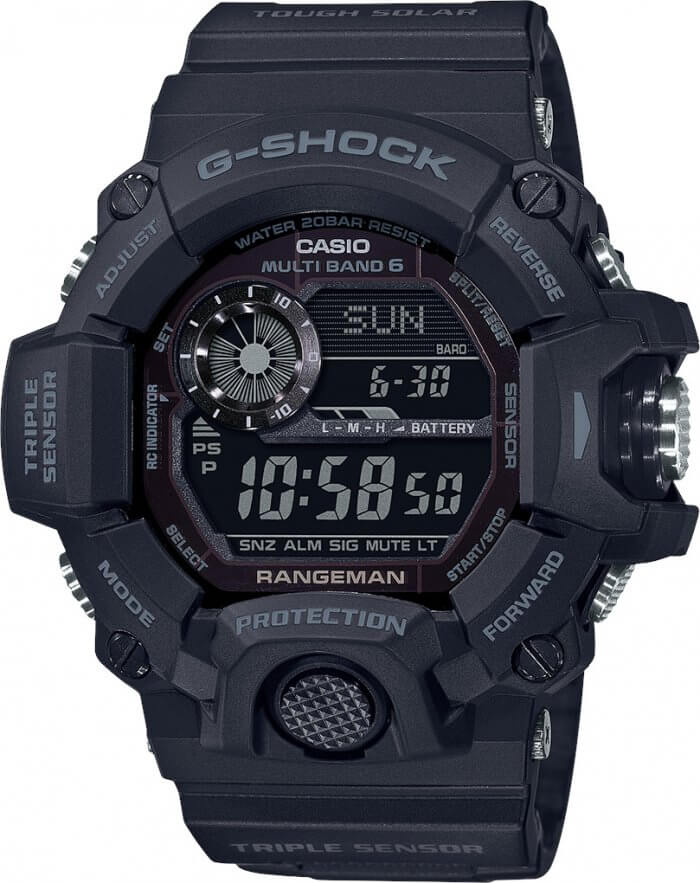 G-Shock Rangeman GPR-B1000 with GPS Navigation
Disclosure: G-Central is managed by fans and supported by ads. We may earn a commission on purchases from our links to Amazon, eBay, and Reeds Jewelers. Please follow your country's official G-Shock site for additional release information.

Any idea if this would have an STN display>

Yes, Gshock.com has them too for U.S.