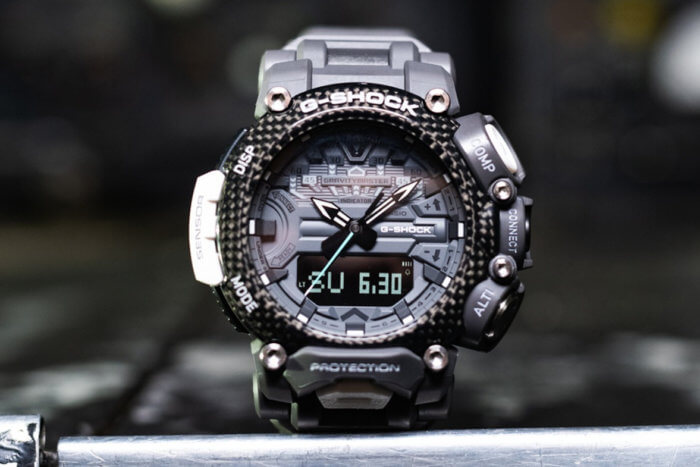 Using the new GR-B200 Gravitymaster with Carbon Core Guard as the base, the GR-B200RAF has a gray and white color scheme with a black carbon fiber bezel. This stealthy design is inspired by the color of the Eurofighter Typhoon jet fighter, which is meant to make the plane difficult to distinguish in the sky during operations. A Royal Air Force logo appears on the band keeper, and the bands have custom graphics along with the Latin motto “Per ardua ad astra” (through adversity to the stars) printed on the lower band. The motto also appears on the inside of the case as part of the Royal Air Force badge, with the case doubling as a display stand. The major features of the GR-B200RAF include Bluetooth smartphone link and a Quad Sensor with altimeter-barometer, compass, thermometer, and step tracker.

The GR-B200RAF-8AER has a list price of £349.00. The U.K. was the first region to receive the British Army x G-Shock GG-B100BA-1A Mudmaster, and U.K. residents who are interested in the Royal Air Force watch should visit g-shock.co.uk and sign up for the mailing list for future updates. The British Army Mudmaster was released worldwide, so it seems likely that the GR-B200RAF-8A will be too. 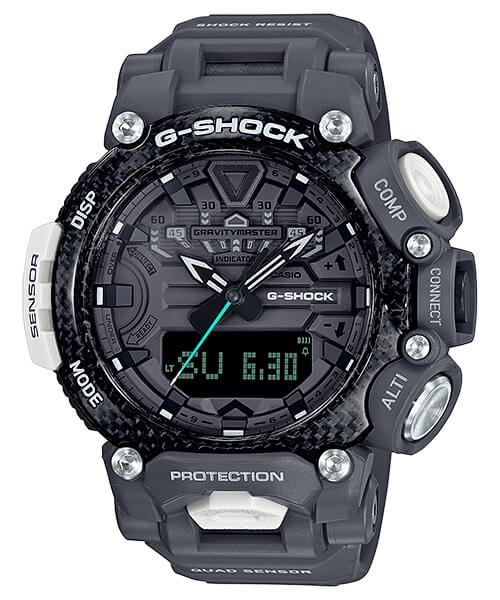 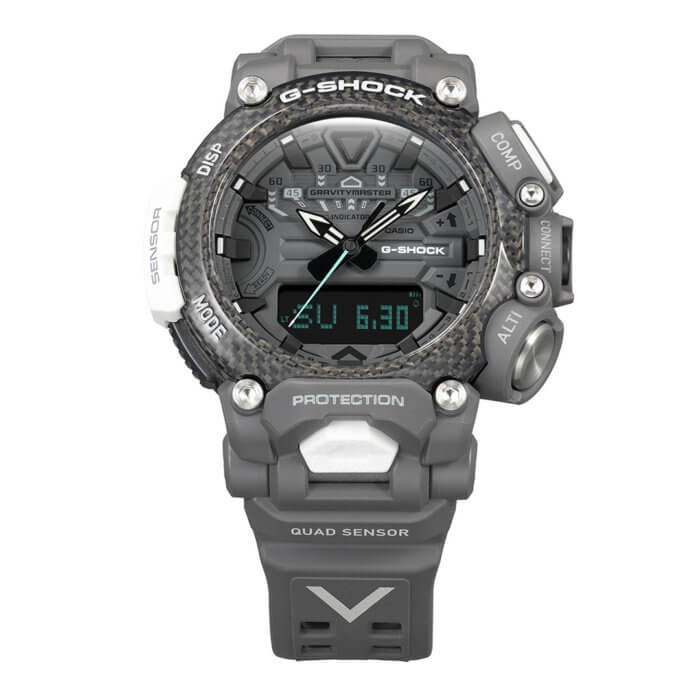 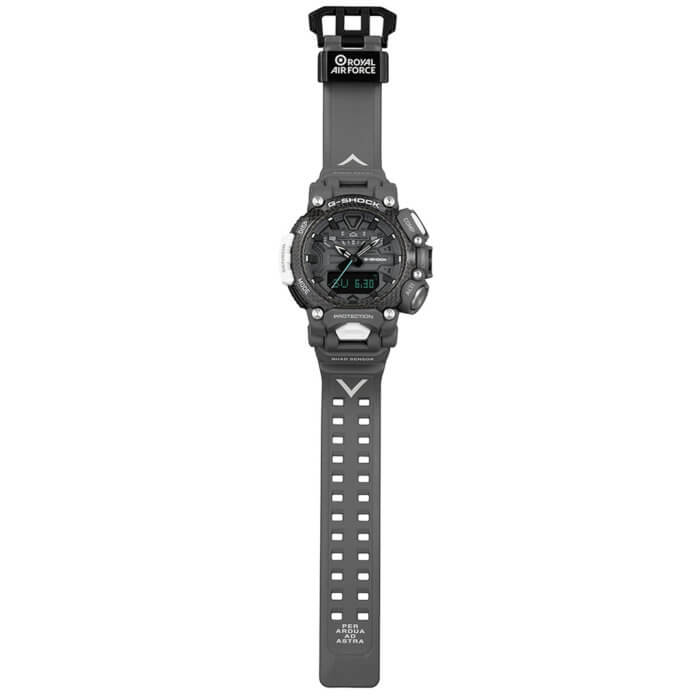 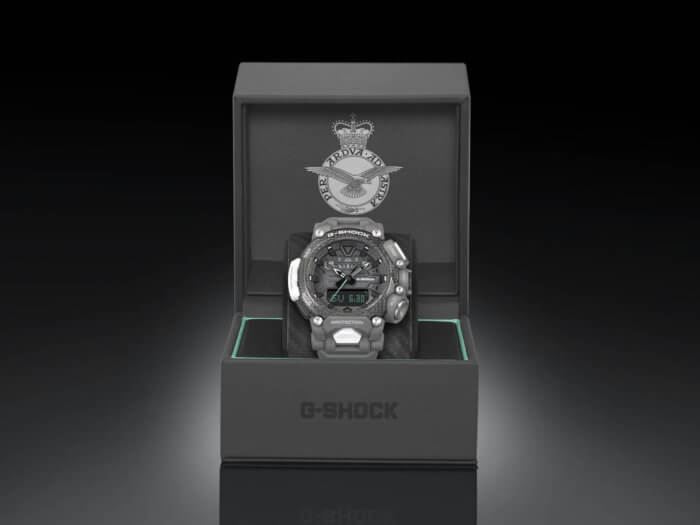 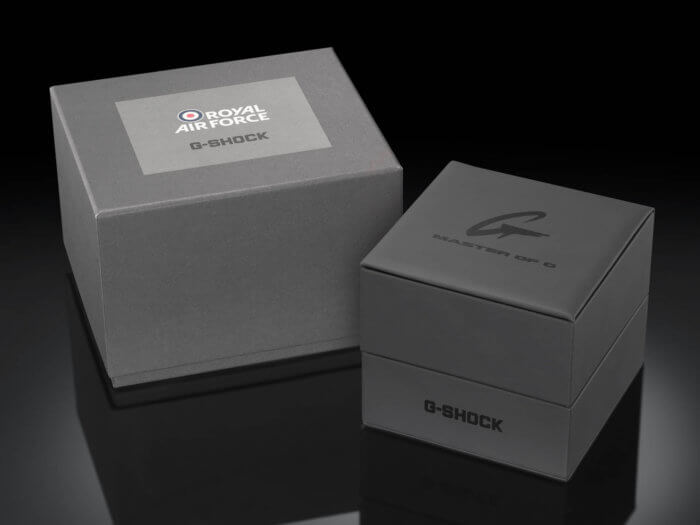 If this only had Tough solar…….What a shame this would of been an instant buy to add to the collection..

I assumed it would be a Frogman for Royal Navy, but a Gulfmaster would be interesting.

More and more G-Shocks avoiding solar for high capacity, easily obtainable, easily changeable, button cells. At least you know that it will be working after three months in a drawer and wont two two days to get going again. 10 minutes with a screwdriver and a $3 cell and your good for another 2 years.

And that trend is unfortunate. Those quote high capacity cells will not last you the official listed two years of life, if you use the watch as intended. Any tough solar will last more than six months easy when fully charged in a drawer. They have a power saving feature to mitigate that. Also if you simply set your watch near a decent light source it will hold a charge for way over two years compared to the battery version, Also you wont have to worry about eating up your battery when you use power hungry functions these quad sensor models have. The tough solar will simply recharge it so you wont have to worry. For those who are competent with said screw driver and 3$ cell who can replace the battery and maintain water resistance with out messing anything up, good onya!

I don’t think a new Rangeman is coming soon, but I really don’t know. There was supposed to be some kind of G-Shock smartwatch (GSR-H1000) scheduled for October, but it is probably delayed until next year. That watch will probably have GPS.