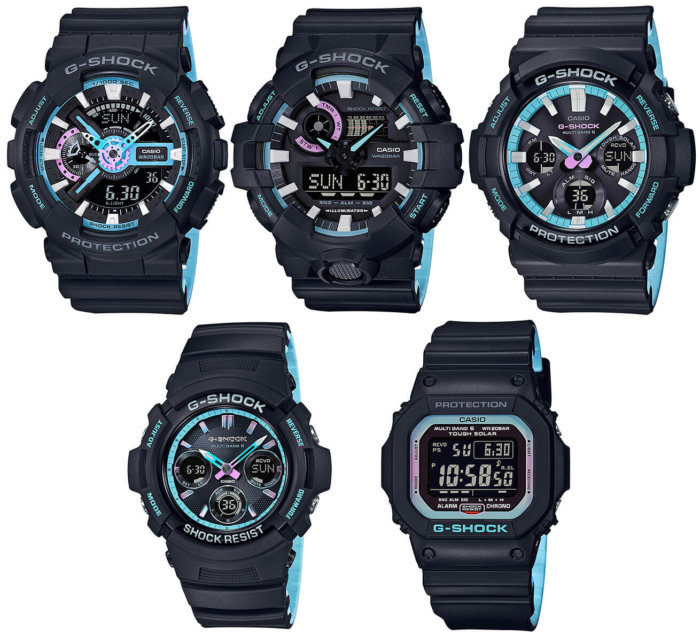 G-Shock Japan announced a new dual-layer band neon-accent color series for September, the PC Pearl Blue Collection. This five-piece series features neon blue dial rings, hands, and inner bands inspired by house and techno music and the colorful lights of rave parties in the 1990s. The watches also have dark reverse LCD displays and a subtle pale pink or purplish accent on their faces which represents the light intersecting the dark. Three of these watches are large-case models and two are mid-size, with three Tough Solar/Multi-Band 6 models. 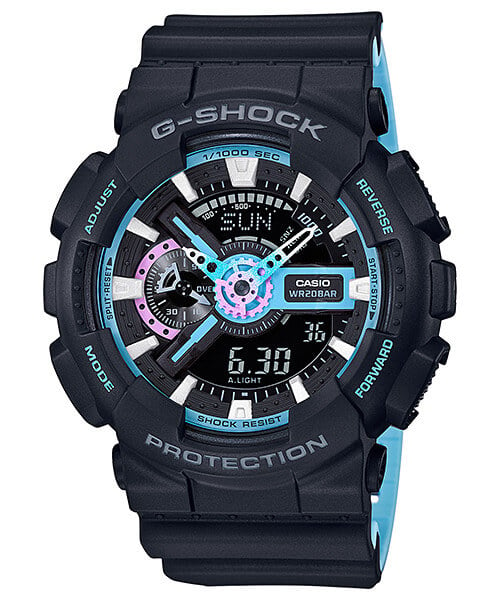 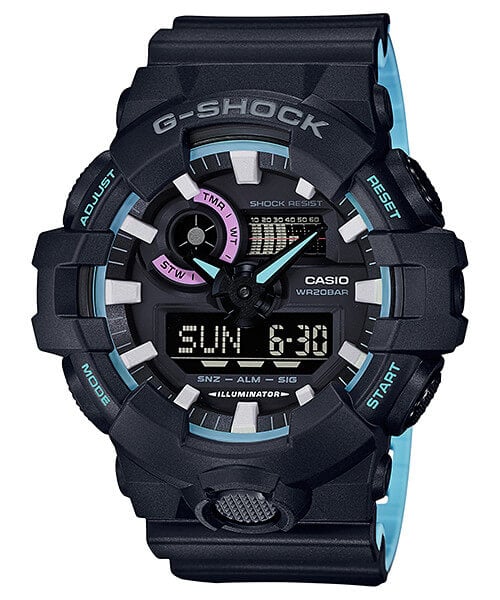 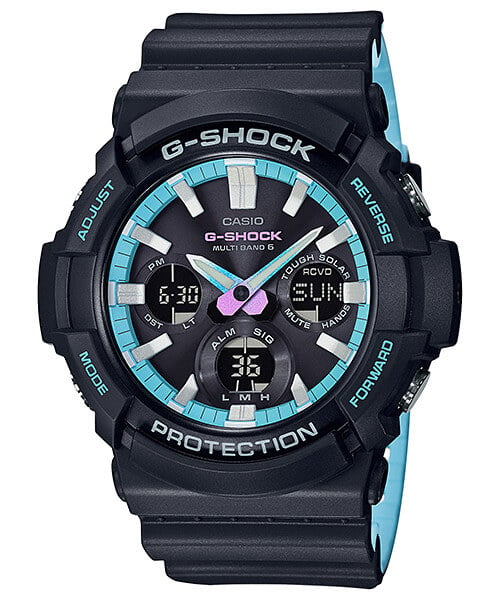 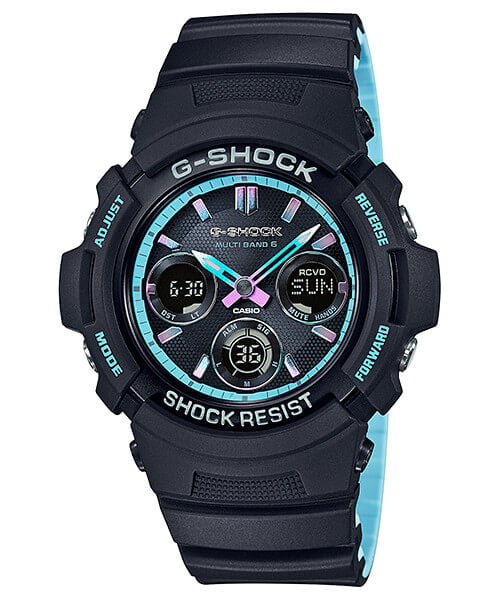 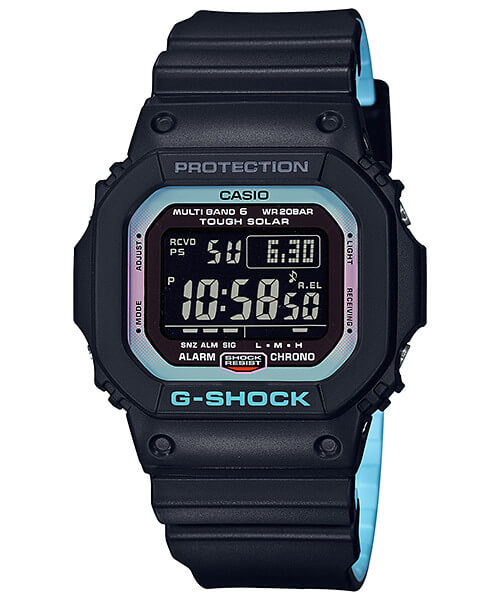 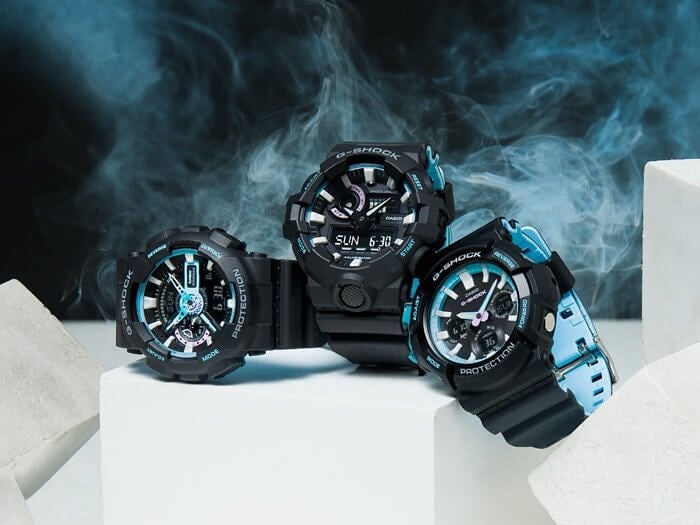 G-Shock Black x Neon “Neo Tokyo” Series
Disclosure: G-Central is independently managed by fans and supported by ads. We may earn a commission on purchases from our links to Amazon, eBay, and Reeds Jewelers.

I have purchased several GAS-100PC-1A from 3rd parties listed on Amazon.com, and none of them were able to get fully charged, even after having each watch to receive more than 36 hours of light exposures from both natural sunlight as well as LED lights. Anyone has this problem?