G-Shock is releasing a new “RB” series featuring its signature brand colors of red, black, and white. The collection includes three Tough Solar/Multi-Band 6 models and one battery-powered GA-110. As we’ve seen with some other recent series, although the four watches share the same color scheme, some individual elements are unique to certain models. For example, the AWG-M100SRB-4A is the only one of the four that has a jelly-style translucent red case and it also has a glossy black band. The GA-110RB-1A has a glossy black bezel and glossy red band. The GAW-100RB-1A has a red aluminum bezel, matte black case, and matte red band. The GW-M5610RB-4 has a matte red bezel and matte black band. All four watches have reverse LCD displays. 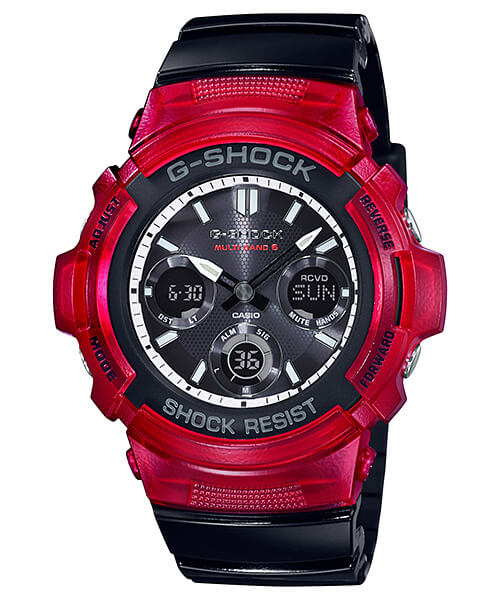 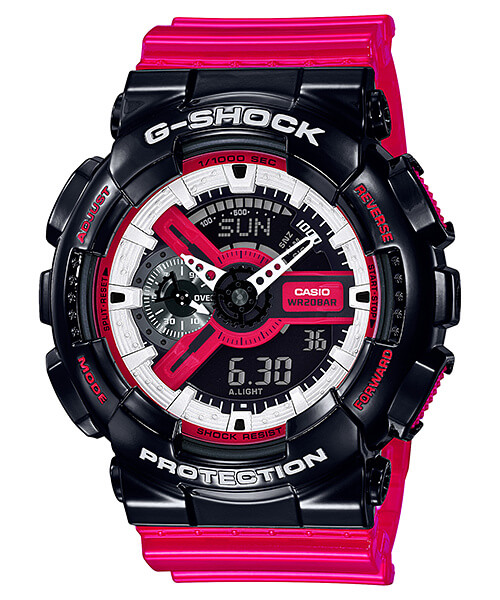 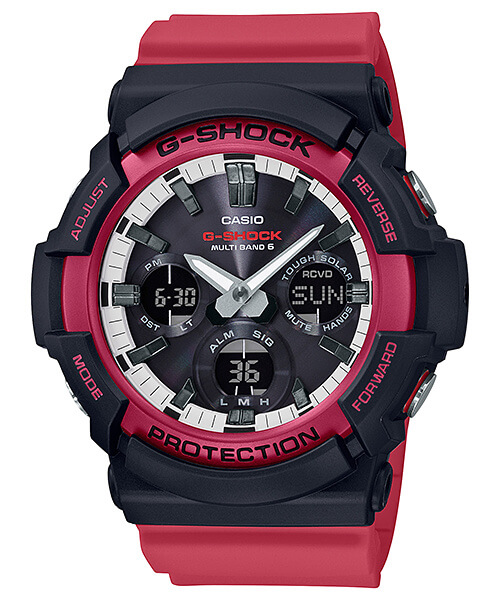 (Not pictured, same appearance as the GAW-100RB-1AJF above but with “WR 20BAR” replacing the “MULTI BAND 6” marking.) 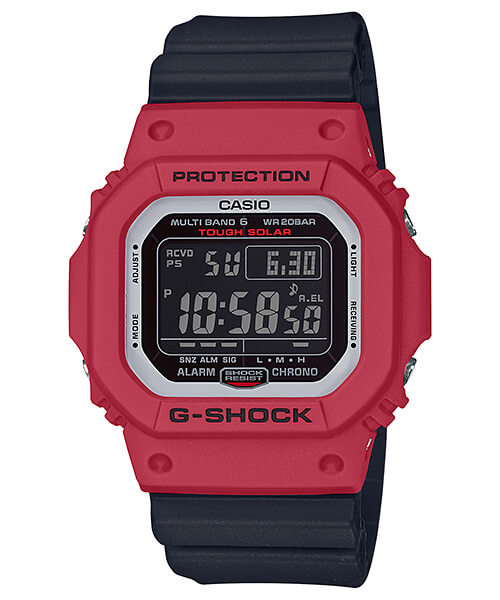