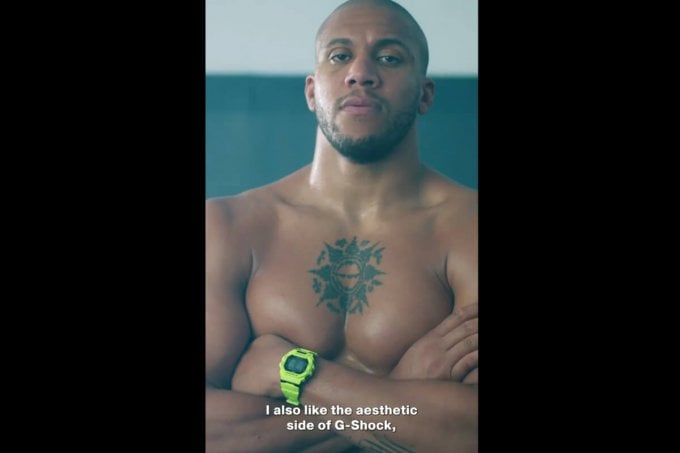 Ciryl Gane is the first UFC fighter with a G-Shock sponsorship. He has an undefeated Muay Thai record (13-0) and an undefeated MMA record (10-0), with seven wins in the UFC. He handily defeated Derrick Lewis in August 2021 to claim the interim heavyweight title, and he is expected to face former training partner Francis Ngannou next.

Gane appears to love his G-Shock watches and is frequently spotted wearing a variety of different models outside the Octagon. In the promo, Gane talks about his sporting background and why he likes G-Shock. The G-Shock GBD-200 is a compact fitness model featuring a high-contrast MIP LCD display, step counter, training functions and logs, and Bluetooth smartphone link.

Nice promo video, but at the end the video creator mismatched the colour codes of the watches: blue one is GBD-200-2ER and signal yellow is GBD-200-9ER.