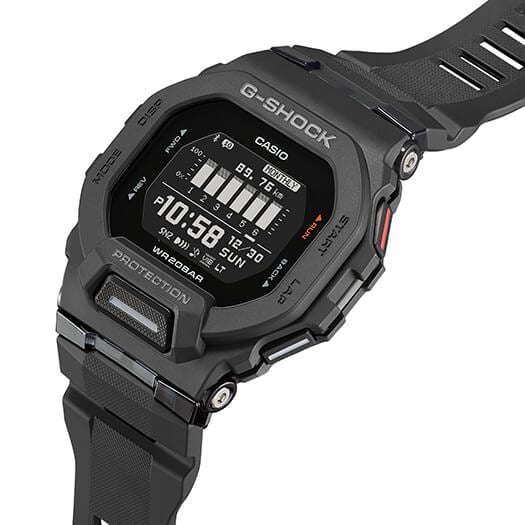 G-Shock announced the all-new G-SQUAD GBD-200 series, which has a more compact case than the GBD-100. This is the first G-SQUAD model with a square-shaped case, and the iconic octagonal bezel is inspired by the original G-Shock 5000 series. The launch models include the black GBD-200-1, blue GBD-200-2, and yellow (or fluorescent lime) GBD-200-9. 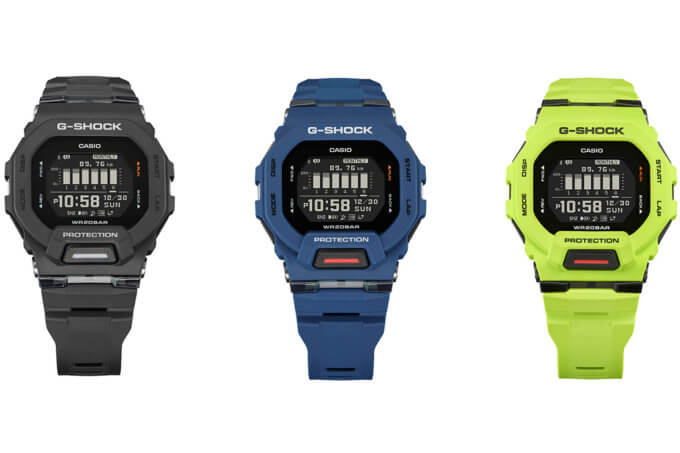 The GBD-200 is a fitness watch featuring Bluetooth smartphone link and an accelerometer for step counting. Like the GBD-100, the accuracy of the step counter can be improved by using it when connected to a GPS-equipped smartphone, and it will calibrate accordingly for future offline sessions. 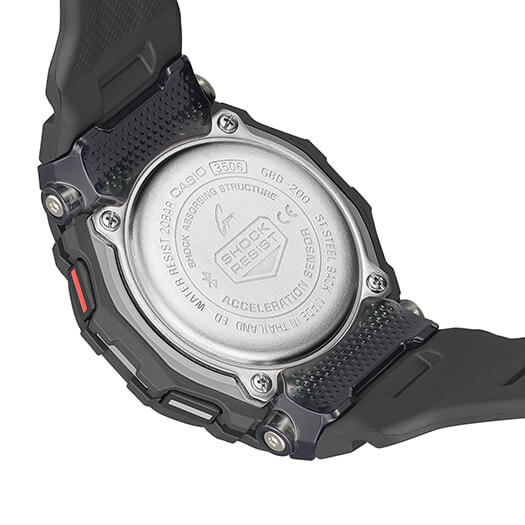 The training functions include measurement for distance, speed, and pace, auto and manual lap measurement over a set distance, target alarm setting (for time and calories burned), and display customization. The training log data stores up to 100 runs with up to 140 laps per run, including elapsed time, distance, pace, and calories burned. The life log data displays daily step count and monthly running distance. Though the GBD-100 wasn’t what we would consider very large, the GBD-200 will appeal to those who want a smaller and less obtrusive fitness watch, and it is also a good option for women. The GBD-200 also offers a front-facing light button for easy access. 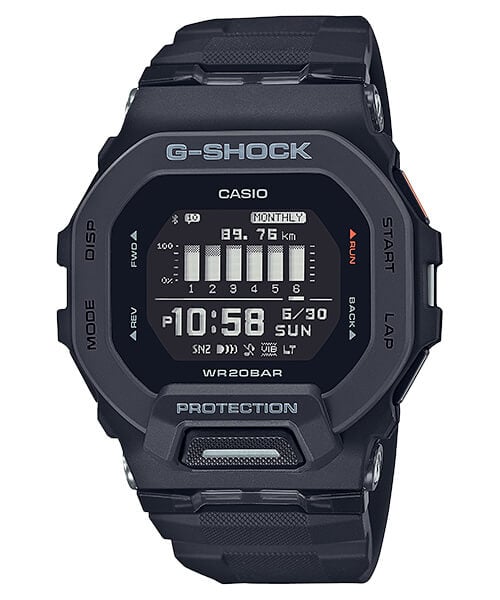 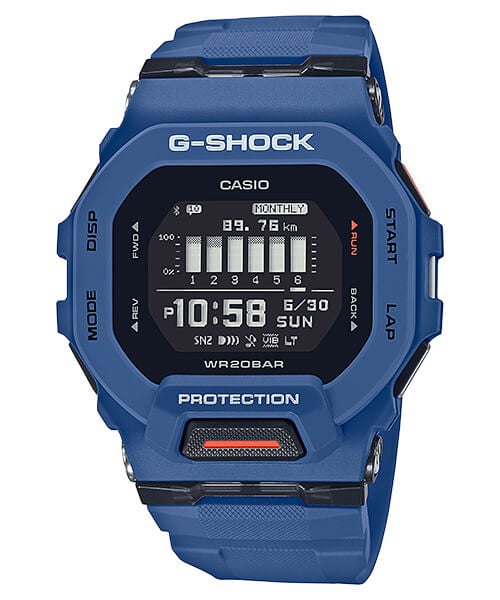 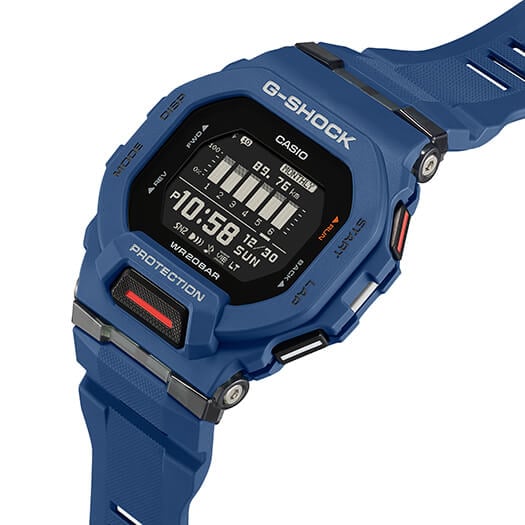 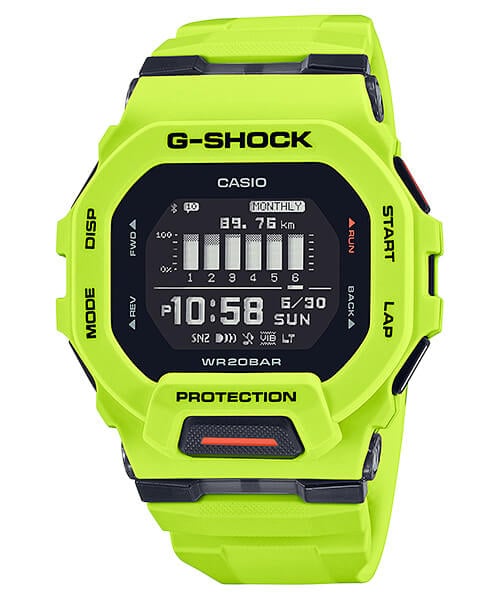 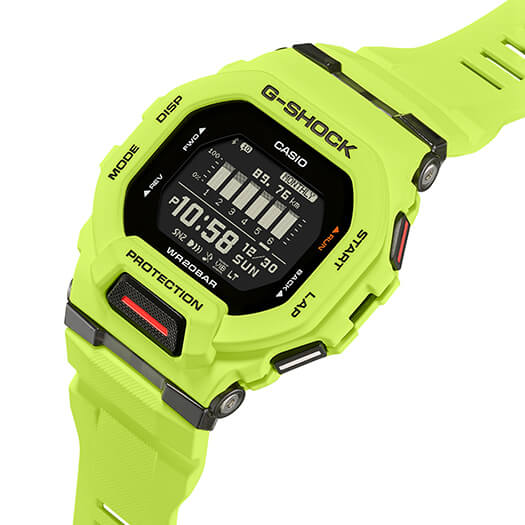 Main Features of the GBD-200 Video:

Does anyone know how the burnt calories are determined ? I could not find information in that topic.

I think it takes your age, height, and weight into account (from your user profile) along with the data from the step counter.