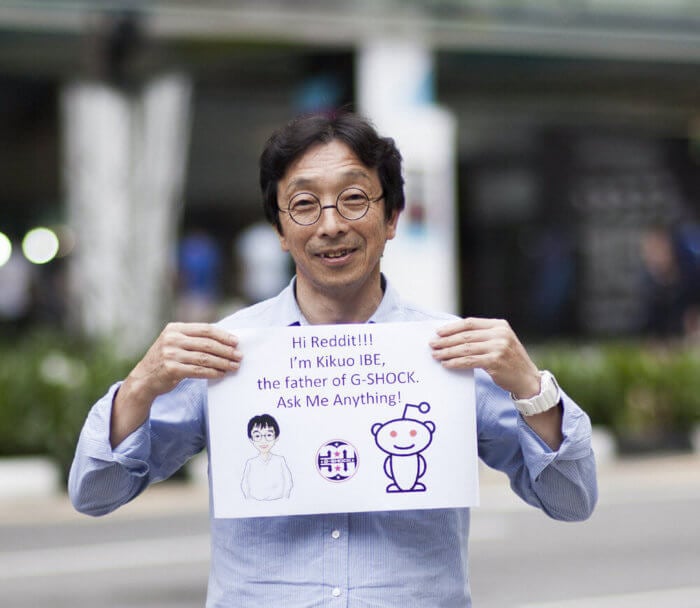 As we await more G-Shock news we’ll go back in time with Kikuo Ibe’s “Ask Me Anything” session from reddit in 2013. He used a translator and did not stay long but it was nice of the original G-Shock designer to make an online appearance for the brand’s 30th anniversary. It is evident that he still has a lot of passion for the brand and his work. Here is a summary of what he said:

source: I am Kikuo Ibe, the founding father of Casio’s G-SHOCK. Ask Me Anything!