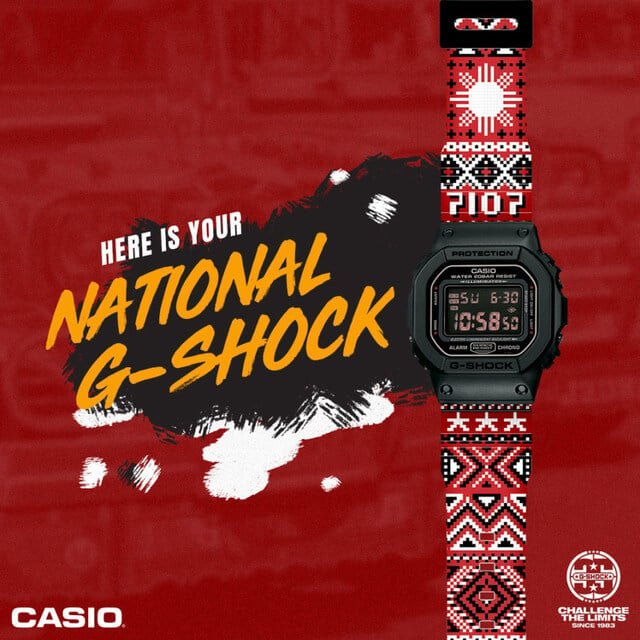 The Philippines has its first locally designed limited edition G-Shock watch which is the result of the Design the National G-Shock contest that received over 1,200 submissions. The winning entry was designed by illustrator Dylan Dylanco who titled it “Habi.” Dylanco, an accomplished graphic designer who has worked for streetwear brand Illest, described the design in her submission, “The main inspiration for this design is the old weaving technique or ‘habi’ our ancestors used to create art, basic supplies, and livelihood. Various patterns and Philippine symbols, such as the flag’s sun and three stars, as well as the number 7107 representing the different islands of the country, were united to create a unique, wearable, and nationalistic band this is distinctly Filipino.” The watch appears to be a G-Shock DW-5600MS-1 outfitted with the custom bands.

The watch is limited to 200 units and will be sold at official G-Shock stores in the Philippines. For all locations and more photos please see this article. The retail price is PHP 9,995.