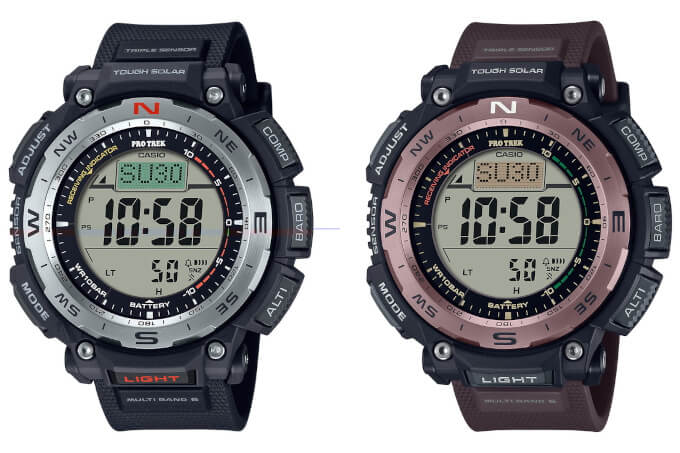 The duplex LCD was a prominent feature of past Pro Trek models and features an upper layer that displays the compass direction with the entire screen. The display provides superior readability by showing large needle-like direction markers for all four cardinal points. The watch has a stainless steel rotary bezel, and the movable base of the band allows the watch to be placed flat on a map. The duplex LCD is also used for the barometer, sunrise/sunset time, and world time functions. 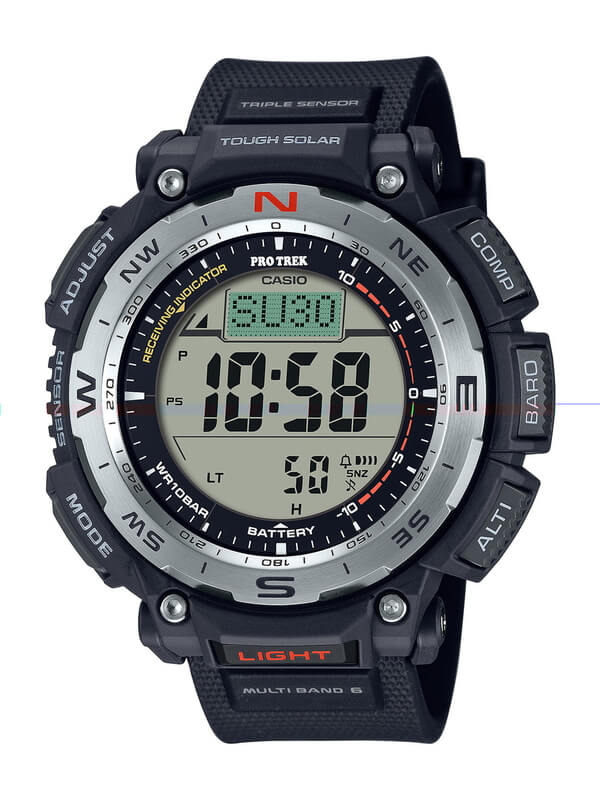 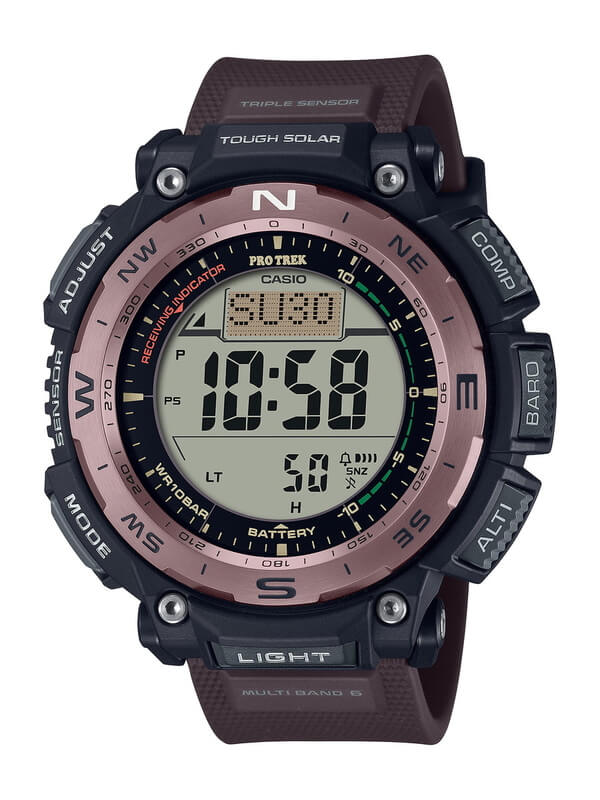 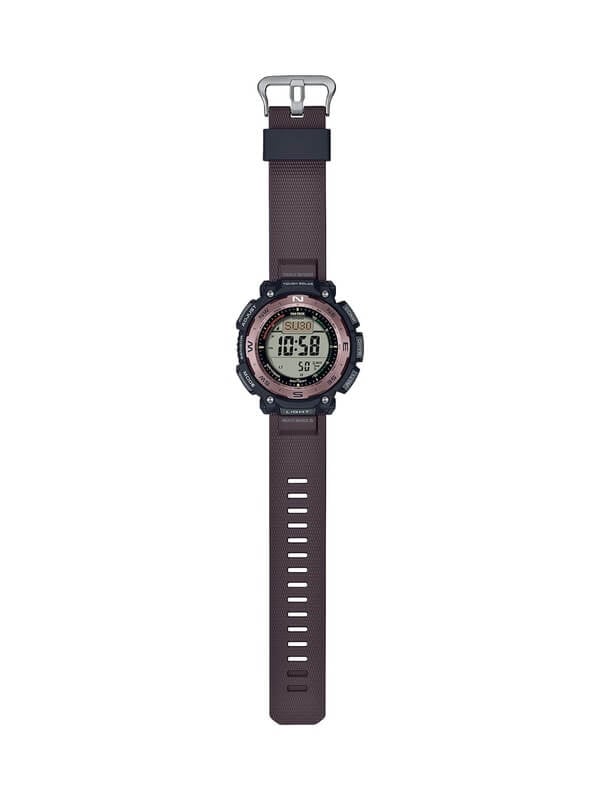 Other Pro Trek Models with Duplex LCD: Another active model with the dual-layer LCD is the PRG-240 (a.k.a. PAG-240 in the U.S., with Tough Solar and without Multi-Band 6). In the U.S., the PRW2500R-1 and PRW2500T-7 with duplex LCD, 200-meter water resistance, and tide and moon graphs are also still available.

Pro Trek PRW-70: Like the PRW-7000 but smaller
Disclosure: G-Central is managed by fans and supported by ads. We may earn a commission on purchases from our links to Amazon, eBay, and Reeds Jewelers. Please follow your country's official G-Shock site for additional release information.

does this new model have a moon phase and tide graph? i fish inshore in remote areas with no signal so the old 2500 is my option but i just saw this and thought maybe it is the one if it has the moon/tide fucnction.