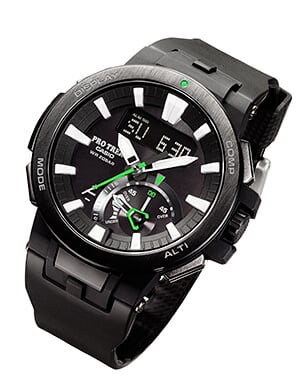 Casio Japan announced the Pro Trek PRW-7000 for a July 2016 release. The new high-end analog-digital model is a Tough Solar/Multi-Band 6 watch equipped with the Triple Sensor Version 3, carbon fiber insert band, and a sapphire crystal with anti-glare coating. While the PRX-8000 is the top of the line model for climbing, the PRW-7000 is positioned as the top of line Pro Trek for water activities and will be part of the Multi Field Line. 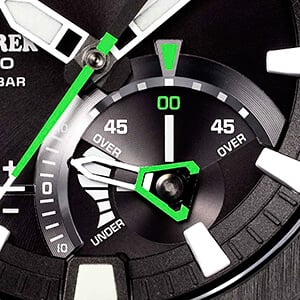 The PRW-7000 measures altitude, atmospheric pressure, compass bearing (with auto horizontal compensation), and temperature. It uses a digital STN LCD and analog subdial to display sensor readings. The subdial also has a tide indicator, and the watch also displays moon age data. With water resistance to 200 meters, the PRW-7000 is intended for water use and has a “fishing time function” that displays the best times for fishing. Another useful outdoor feature is the sunrise and sunset time display. 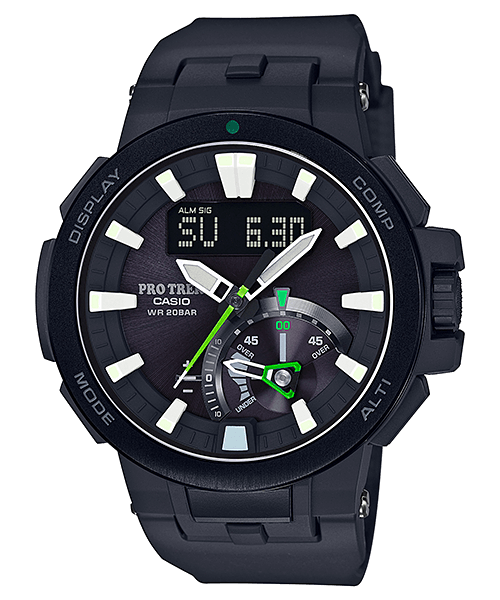 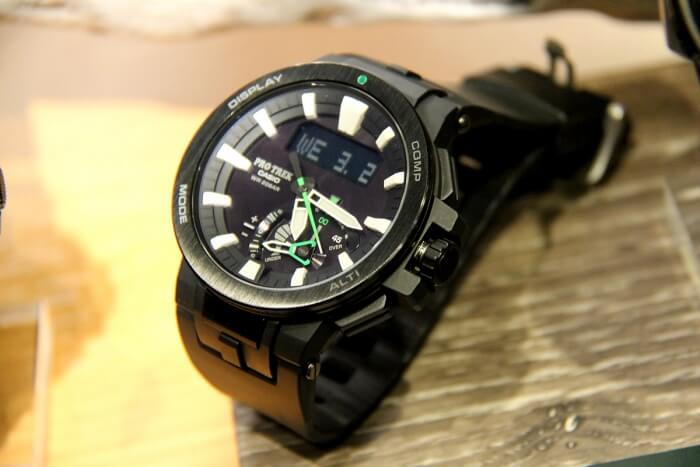 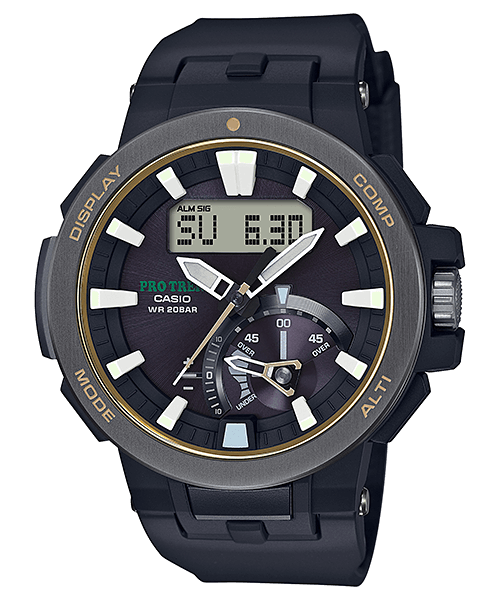 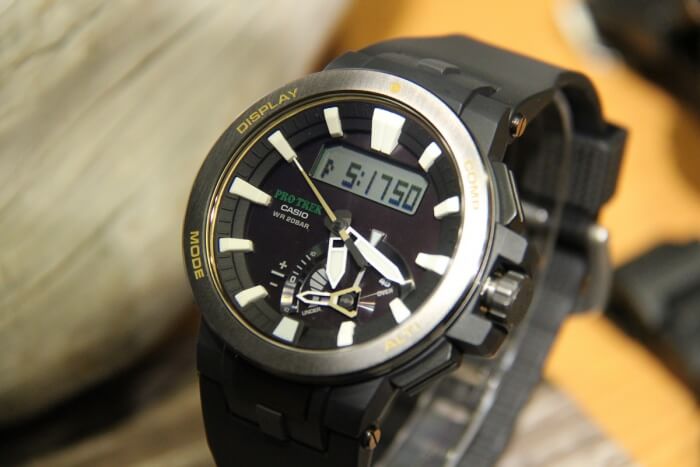 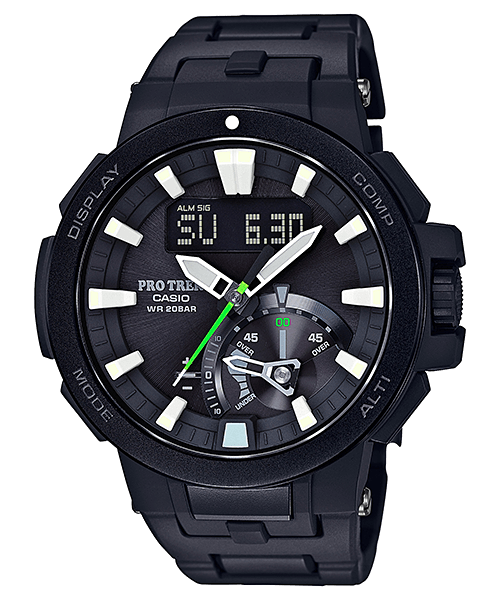 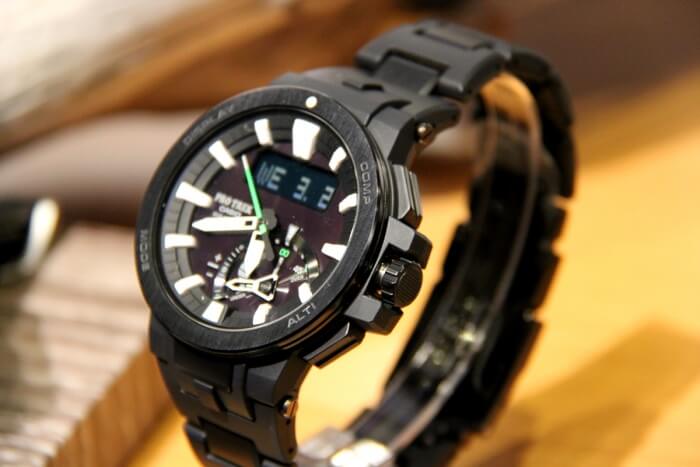