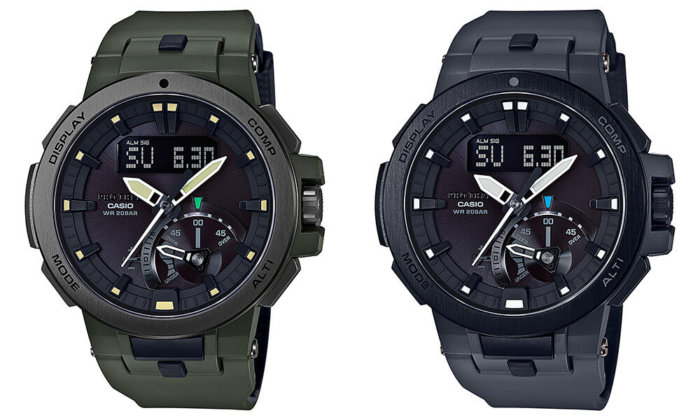 Pro Trek Japan announced a pair of PRW-7000 watches for May 2017. The PRW-7000-3JF (left) and PRW-7000-8JF (right) have a stealthy tactical look featuring dark faces and earth colors. We’re getting a strong Metal Gear Solid vibe from the olive green and dark gray colors of this pair. 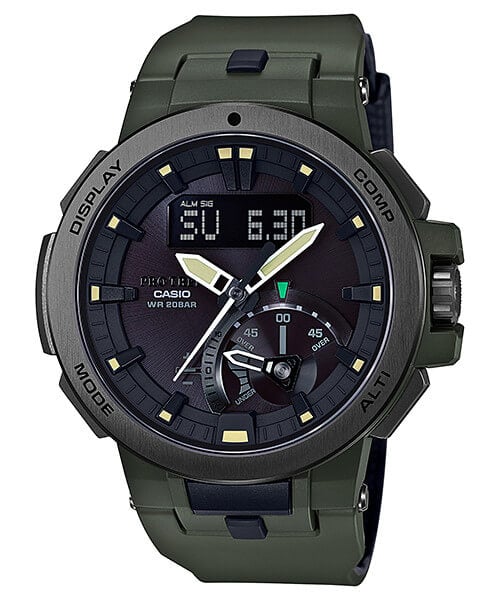 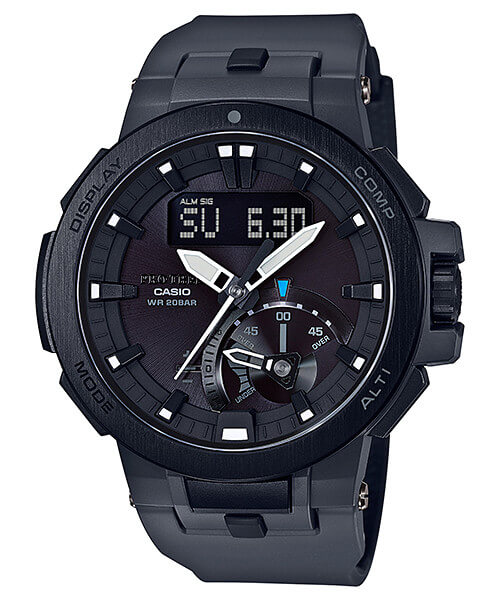