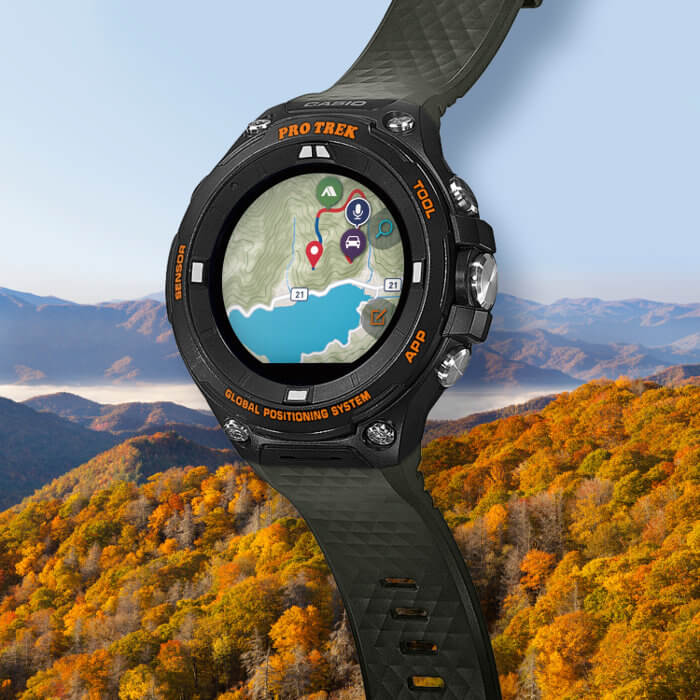 The model number and list price of $399 USD indicate that like the blue WSD-F20ABU, this is a more affordable version (with resin buckle, non-textured buttons) of the WSD-F20 which has a list price of $500.