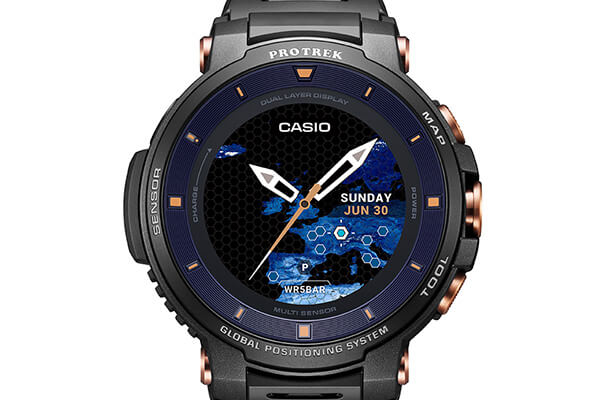 Casio is releasing a special edition of the Pro Trek Smart WSD-F30 smartwatch. Exclusive features of the WSD-F30SC include a sapphire crystal, field composite band, black and blue bezel with a nano treatment on the inner bezel, and buttons and screws treated with a rose gold ion plating. The sapphire crystal makes the watch more rugged in the way of better scratch resistance. This is also the only WSD-F30 model to come with a field composite band so far. The band has a metallic look but is made of urethane, metal inserts, and fine resin for durability and comfort.

Like the standard WSD-F30 models, the WSD-F30SC is equipped with Extend Mode which allows the watch to run for up to three days on a single charge if using only offline color maps and GPS (up to eight hours per day). The WSD-F30SC has significant improvements over the previous generation WSD-F20 including a smaller size, OLED color display, pressure sensor and compass information on the monochrome display, and advanced power management. 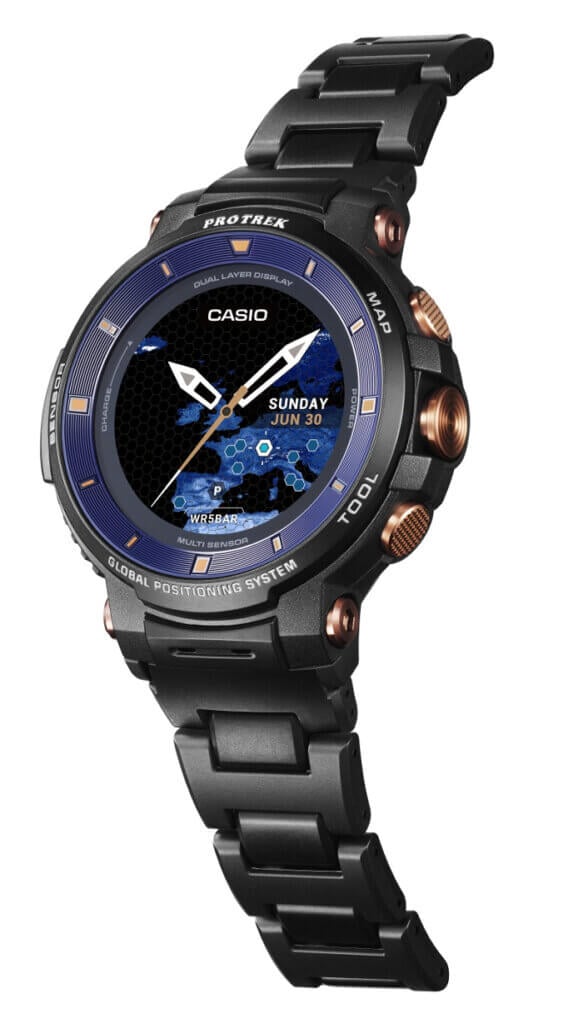 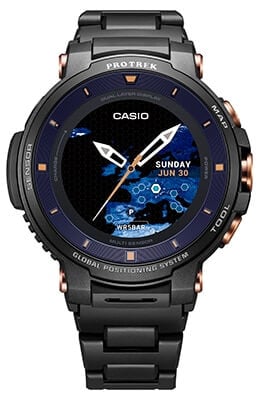 Pro Trek Smart WSD-F30-WE Limited to 1,000
Disclosure: G-Central is managed by fans and supported by ads. We may earn a commission on purchases from our links to Amazon, eBay, and Reeds Jewelers. Please follow your country's official G-Shock site for additional release information.