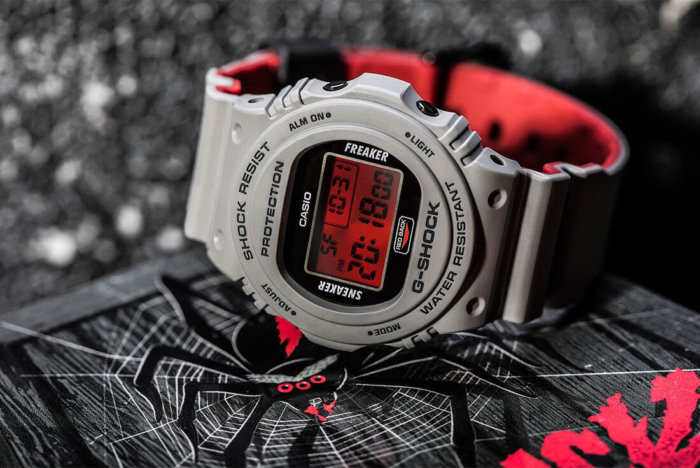 Following its first G-Shock collaboration watch in 2015, footwear fashion magazine Sneaker Freaker is set to release a follow-up for Halloween 2018.

Inspired by the highly venomous Australian spider, the Sneaker Freaker x G-Shock DW-5700SF-1 “Redback” watch has a matte gray bezel and bands with Sneaker Freaker branding on the face and case back along with the “Redback” name on the face. The dual-layer bands have a red inner layer and a spider web design on the outer bands. The watch also has black metallic accents with an ion-plated case back, buttons, and buckle along with a black resin strap keeper. The LCD display has a unique blood-red “vampire” background color, which hasn’t been used on a G-Shock watch since the 20th Anniversary in 2003.

In keeping with the Halloween theme, those who purchase the watch directly from Sneaker Freaker will receive custom “coffin” packaging, a limited edition Redback pin, and a pair of exclusive matching Ventron socks by Stance.

The Redback watch will be released on 1 November 2018 by Sneaker Freaker on its online store, and a version with standard packaging will be sold by global retailers on November 8. The watch is not yet on the Sneaker Freaker website but will be soon at shop.sneakerfreaker.com (mailing list available)

Update 2: Casio also announced the DW-5700SF-1JR and DW-5700SF-1 for a November 2018 release in Japan and Asia. The watch comes in co-branded (non-coffin) packaging and includes a pair of Stance socks. The DW-5700SF-1ER is also being released in Europe. 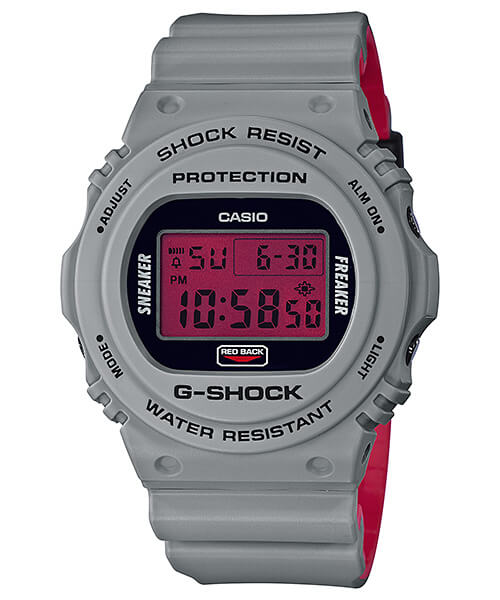 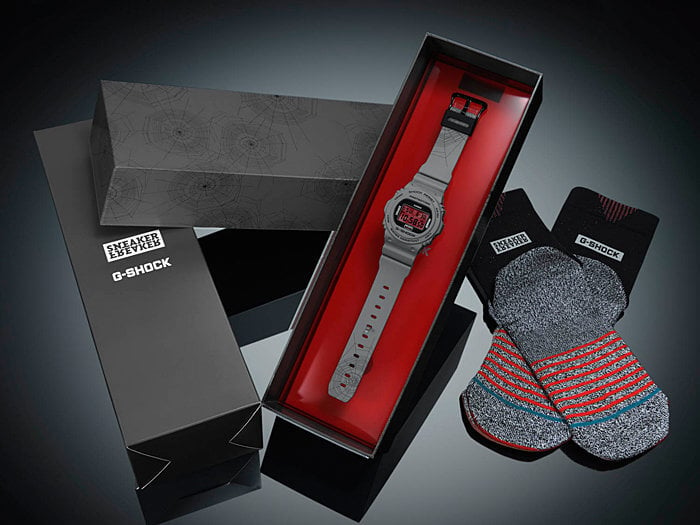 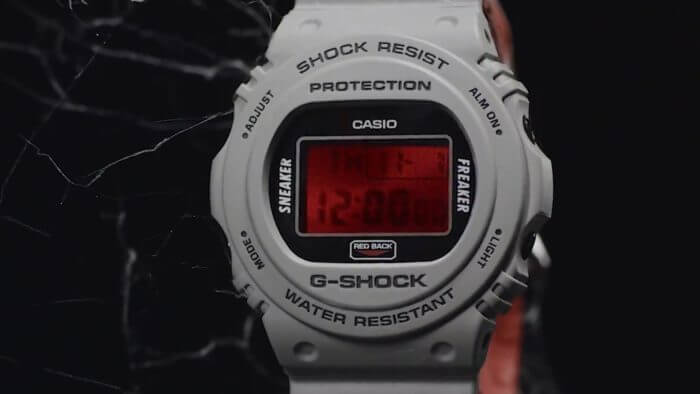 G-Shock Magma Ocean 35th Anniversary Collection
Disclosure: G-Central is managed by fans and supported by ads. We may earn a commission on purchases from our links to Amazon, eBay, and Reeds Jewelers. Please follow your country's official G-Shock site for additional release information.