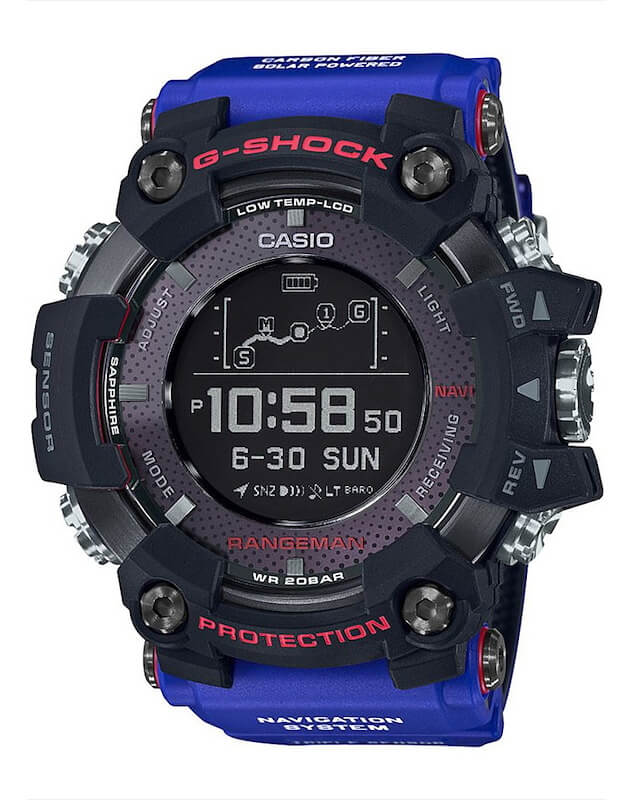 The Team Land Cruiser – Toyota Auto Body x G-Shock GPR-B1000TLC-1 Rangeman is the first collaboration watch featuring the GPR-B1000 Rangeman series. This model matches the GG-1000TLC-1A Mudmaster, another Team Land Cruiser collaboration watch, with red logos and blue bands. Like the GG-1000TLC-1A it will come in a co-branded box. The GPR-B1000TLC-1JR is scheduled for a May 2018 release in Japan.

The new Rangeman GPR-B1000 series makes it debut in March 2018 in Japan and April 2018 in North America. It is the first G-Shock with the GPS Navigation System feature. Other features include the Triple Sensor, solar charging, wireless charging, and sapphire crystal.