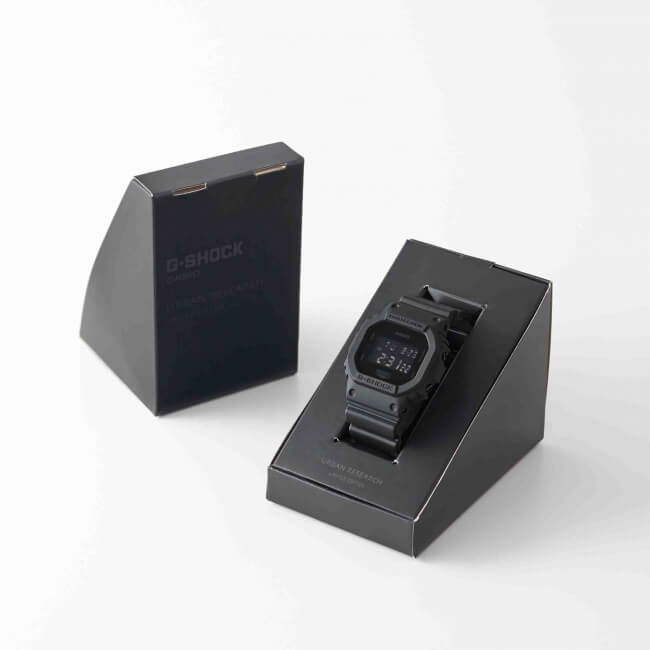 In 2010 casual fashion brand Urban Research and Casio released an all-black limited edition G-Shock DW-5600 watch. In 2012 they released another all-black limited edition DW-5600. The 2012 release had some differences from the 2010 version such as a reverse LCD display without the red tint and a slightly altered face design. The Urban Research x G-Shock DW-5600 for 2016 is a reissue of the 2012 version. 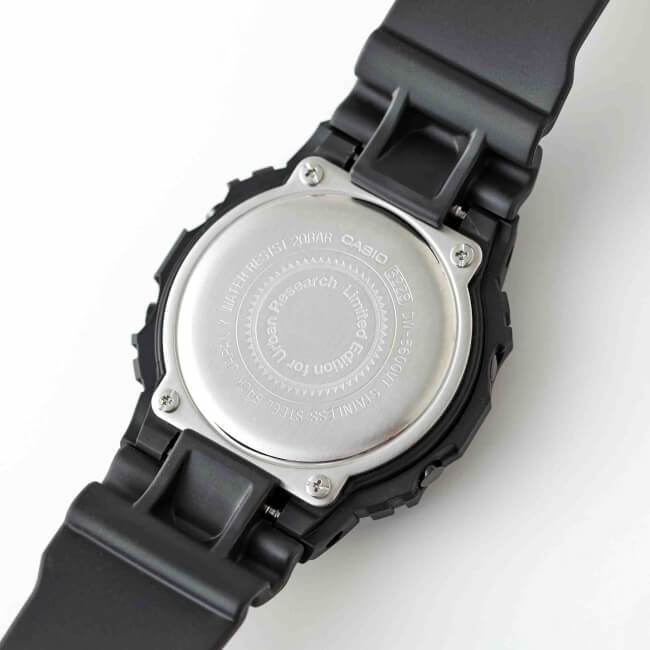