Virginia Tech running back J.C. Coleman blew up Twitter today by wearing a gold watch while playing in a football game. People (jokingly?) said he was wearing a gold Rolex but of course the watch in question is a big case gold G-Shock, the analog-digital GA-110GD-9A. A G-Shock with its legendary shock resistance is naturally the best watch to use in a high impact sport like football. Coleman has been known to wear a black G-Shock watch during games with the team’s knowledge and permission, and it looks like he wanted to make a major style upgrade today. Darren Rovell of ESPN tweeted that wearing a G-Shock is permissible under NCAA rules since it’s made of plastic resin. If Coleman wore the watch as a good luck charm it did not work today, as the Hokies fell to the Ohio State Buckeyes 24-42. May we suggest purple or red next time? 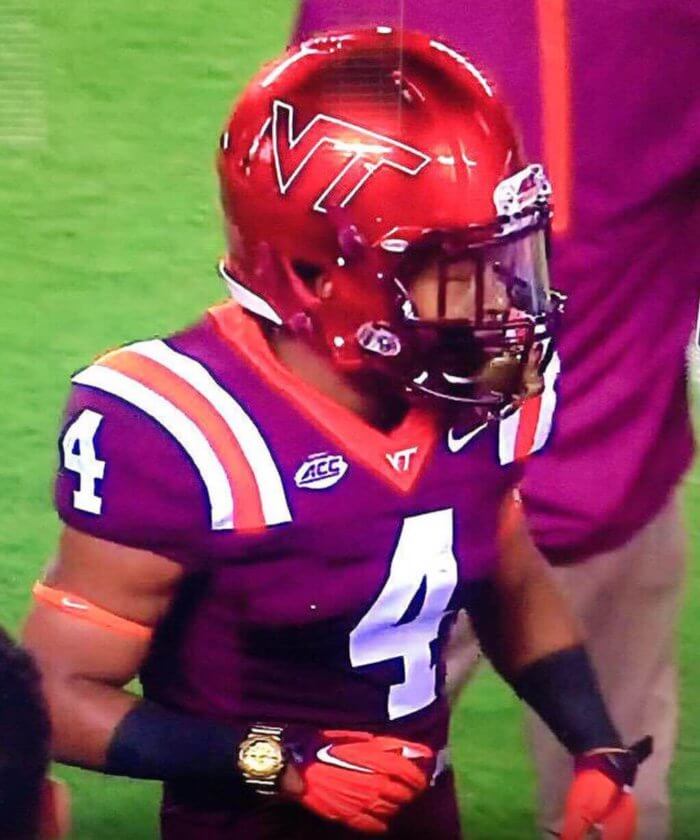 Watch the video at ESPN. 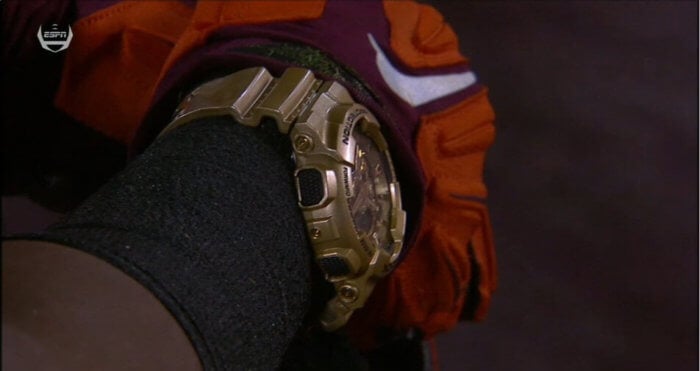 Va Tech RB JC Coleman would not be allowed to wear a Rolex on his wrist. The gold G-Shock is permissible, it's plastic

#Hokies top RB JC Coleman has worn a black G Shock watch during preseason & plans to have it on in games. “I just feel like it’s my time.”

Photos via Sportsmasher.com and ESPN