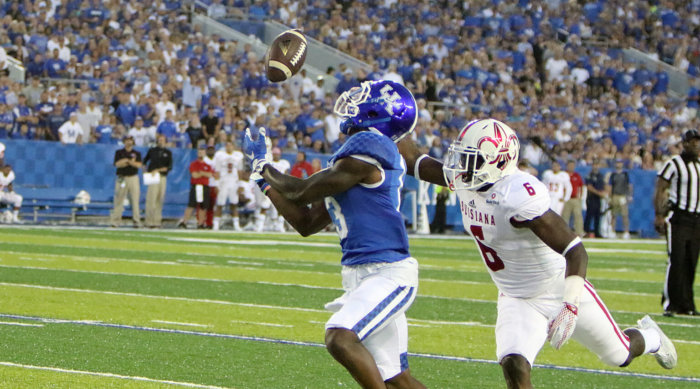 Earlier this month Virginia Tech running back J.C. Coleman got a lot of attention for wearing a gold G-Shock during a football game against Ohio State. Now Kentucky Wildcats wide receiver Jeff Badet is talking about how he wears his G-Shock during games to signify him always being “clocked in” on the field. Badet wore his black G-Shock throughout spring practice but replaced it with a white G-Shock for their victorious season opener against Louisiana-Lafayette. Badet was worried the officials might have had a problem if they saw his large G-Shock so he opted for a smaller watch that blended in with his wristbands. After seeing J.C. Coleman wear his flashy G-Shock without incident, Badet returned to his original watch in a victory against South Carolina. Badet sometimes points to the watch when celebrating big plays. The Wildcats will face the Florida Gators on Saturday night.

Watch Jeff Badet talk about his watch and football: