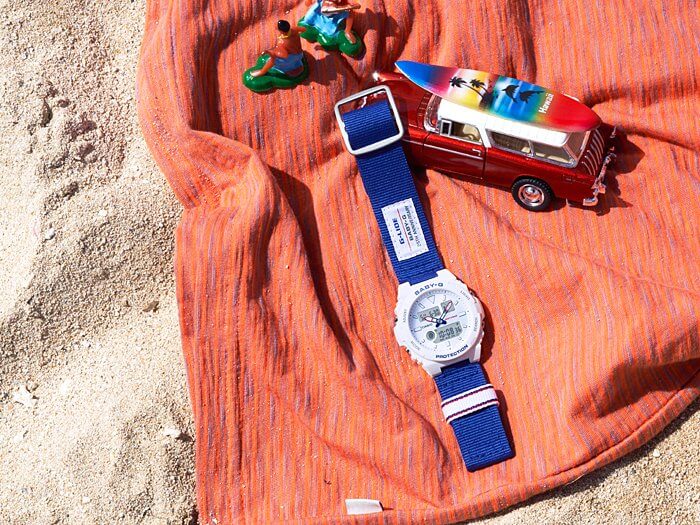 Following the release of the BGD-525-7 origin tribute, Casio is releasing another 25th Anniversary limited edition with the Baby-G BAX-125-2A. Like the Roxy x Baby-G BAX-100RX collaboration coming in June, the BAX-125-2A uses 2019’s Baby-G G-LIDE BAX-100 as the base model and includes both a nylon band and a resin band. The BAX-100 is notable for being the only Baby-G watch with a moon phase graph along with a tide graph and moon age data.

The BAX-125-2A has a marine tricolor theme with a blue nylon band and an interchangeable white resin band. Like the new G-Shock GA-2000, the BAX-125-2A has bands that are easily removable with a quick-release lever. The BAX-125-2A also has an exclusive 25th Anniversary stainless steel case back and comes in special packaging. 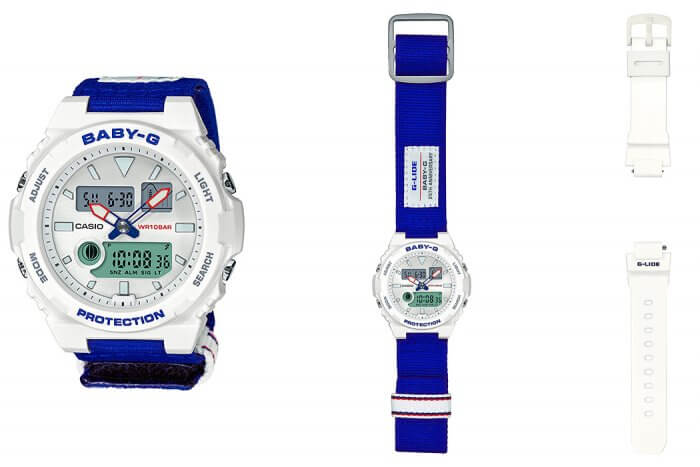