G-Shock’s sister brand Baby-G will celebrate its 25th Anniversary in December 2019 and to commemorate the occasion Casio is releasing the Baby-G BGD-525-7. The BGD-525 is an updated replica of the first-ever Baby-G model, the DW-520. It shares that model’s color scheme with a semi-transparent bezel and bands, blue and pink accents, and a white bullbar face protector. Some notable differences from the DW-520 include a Baby-G logo on the bezel instead of the original’s G-Shock logo and improved 200-meter water resistance over the original’s 100M WR. The BGD-525-7 also has an exclusive 25th Anniversary engraved case back and vivid pink and purple packaging inspired by the 1990s.

The Baby-G line was launched in 1994 featuring the same shock resistance as G-Shock in a smaller form factor. It was marketed with the “Tough and Cute” concept and became popular around the world with girls in their late teens. Like G-Shock, Baby-G would evolve into many models and in 2014 the concept was shifted to “Tough and Cool” to appeal to adult women in their 20s and 30s. While many Baby-G models still embody the cute 1990s style, some have matured into more refined styles like the metallic G-MS line. By 2019, Baby-G shipments surpassed 40 million units. 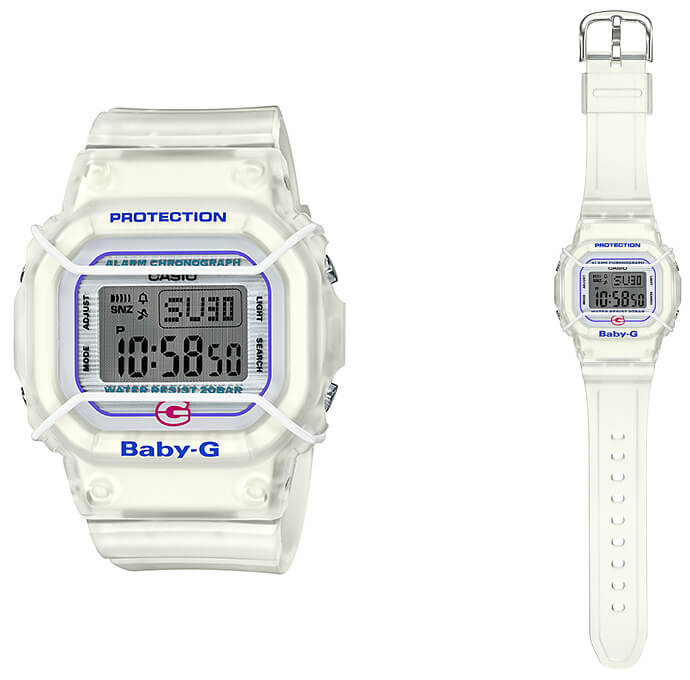 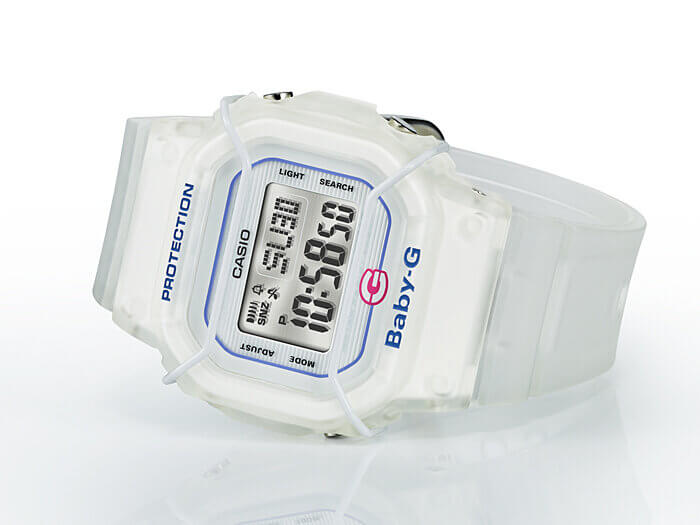 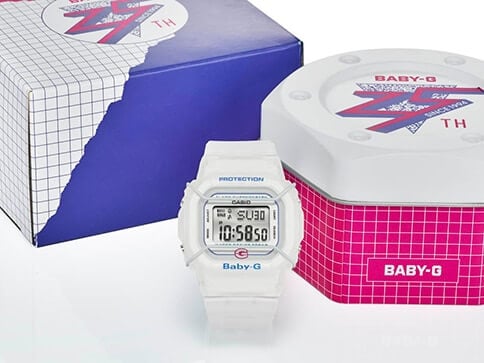 Moussy x Baby-G BGD-501 for Moussy 20th Anniversary
Disclosure: G-Central is managed by fans and supported by ads. We may earn a commission on purchases from our links to Amazon, eBay, and Reeds Jewelers. Please follow your country's official G-Shock site for additional release information.