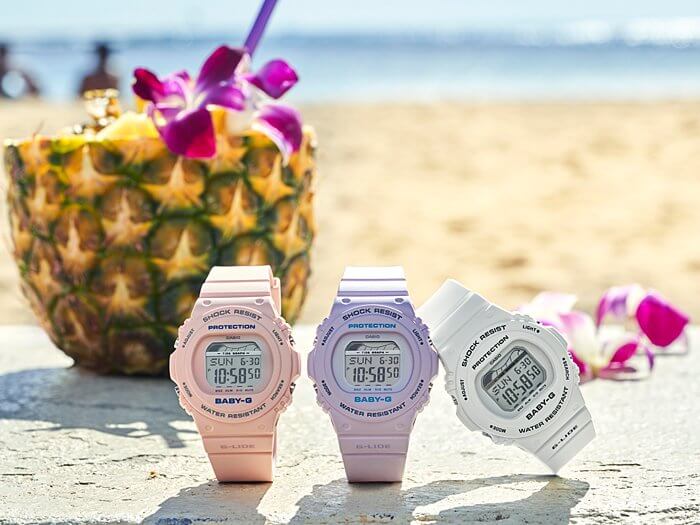 Like the square Baby-G BLX-560 which is modeled after the G-Shock 5600 case, the Baby-G BLX-570 is another G-LIDE surfing watch based on the recently revived G-Shock 5700 retro line featuring a round bezel. 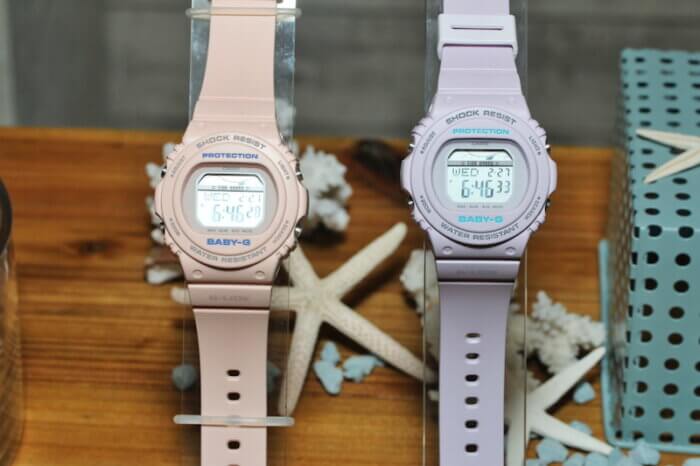 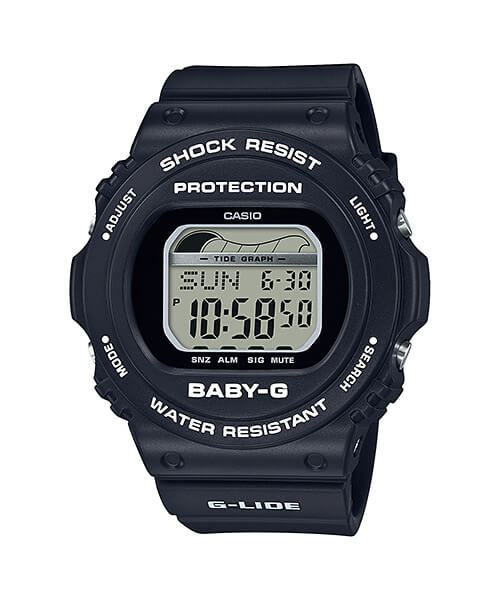 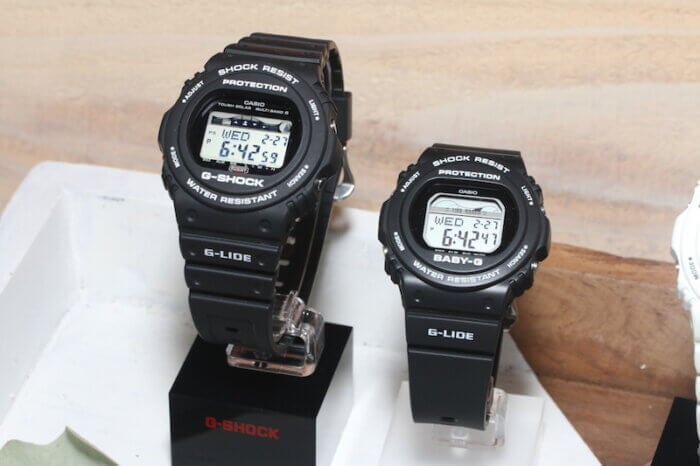 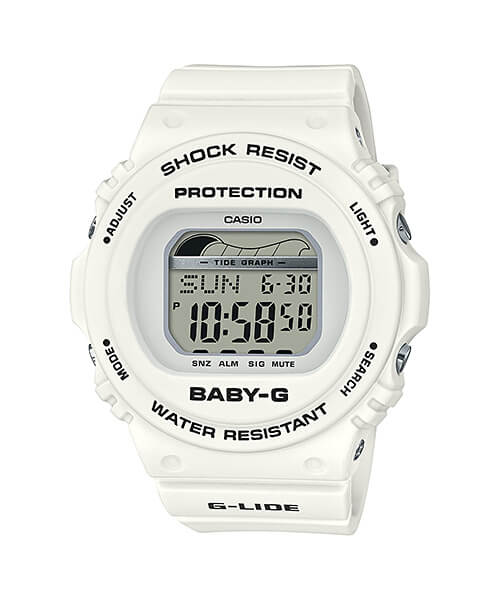 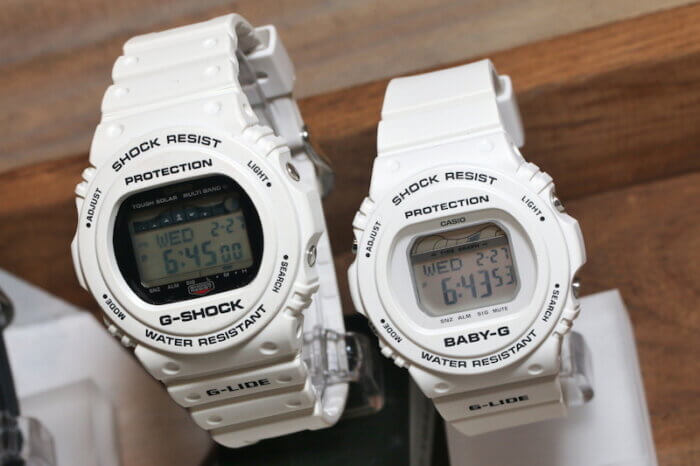 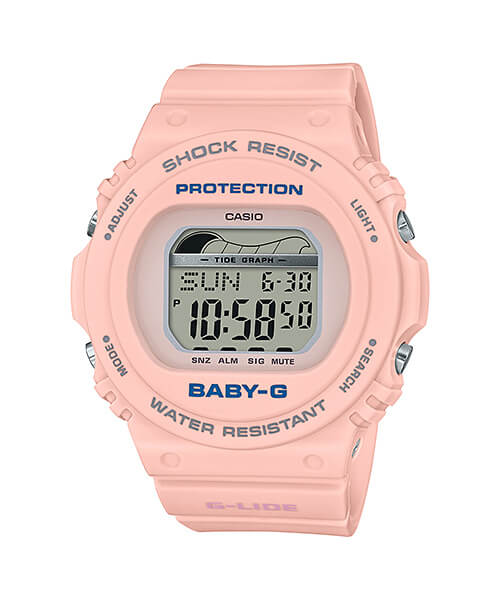 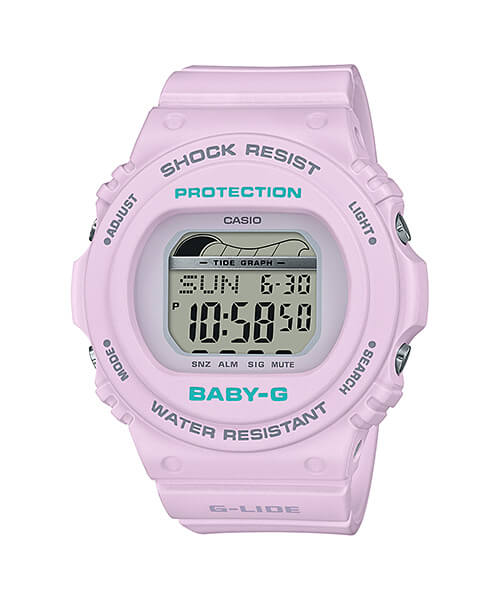