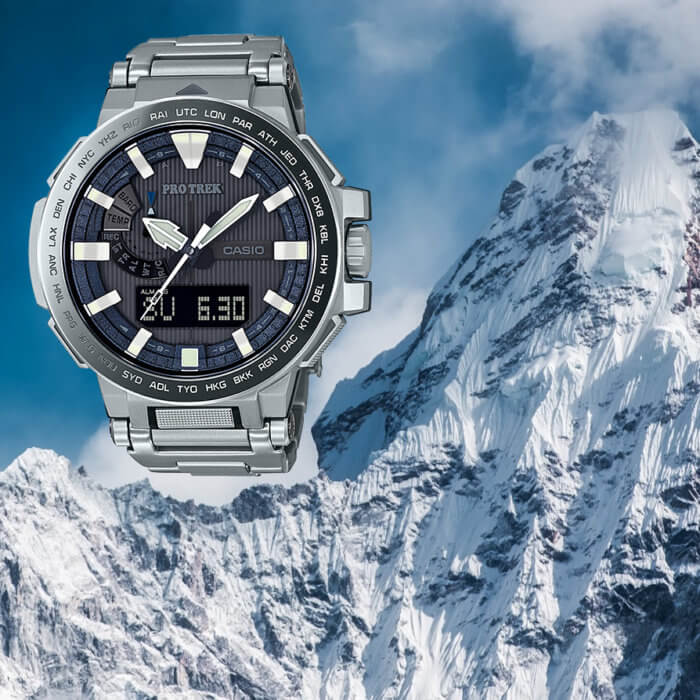 The PRX-8000GT-7JF is the latest addition to Casio’s premier Pro Trek PRX-8000 Manaslu Prestige series and features a titanium bezel, a micro-adjustable titanium metal band, and the Neon Illuminator blacklight LED. Named for the 8,163 meter-high Manaslu mountain in the Himalayas that was first ascended by a Japanese team in 1956, the PRX-8000GT-7JF is designed for climbers and features Tough Solar, Multi-Band 6, and the Triple Sensor Version 3 (with altimeter-barometer, compass, and thermometer). The titanium bezel has a polished mirror finish inspired by the Manaslu’s rock wall. The blue around the dial expresses the sky, and the white markers symbolize the ice and snow.

The PRX-8000GT-7JF is the first PRX-8000 model to include the Neon Illuminator which uses a UV-A LED to make the coated hands and markers glow vividly in the dark. It is part of the full auto dual LED system which also uses a standard LED light to illuminate the LCD display, and can be set to automatically activate in darkness with a turn of the wrist. The solid titanium band with a folding clasp double lock is micro-adjustable up to 6 millimeters. As with other premium Casio models, The PRX-8000GT-7JF is manufactured at the Premium Production Line at the Yamagata Casio factory in Japan. 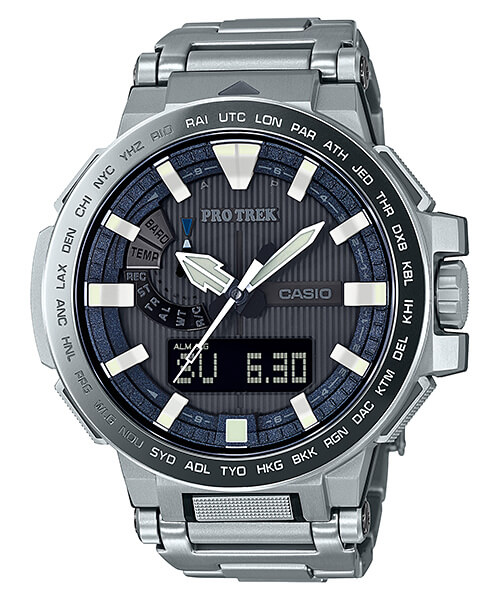