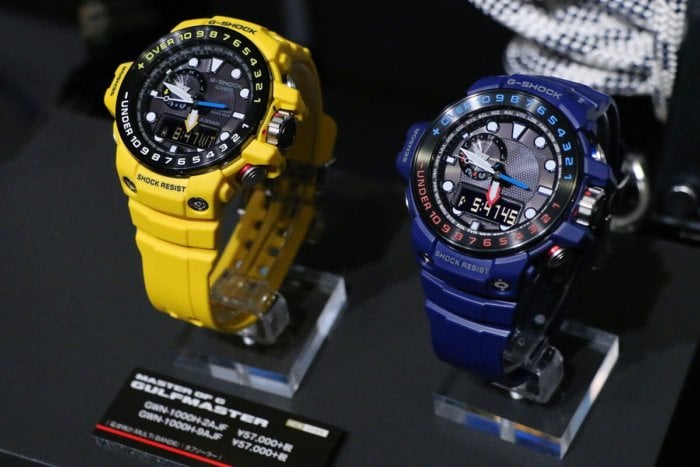 The solar powered GWN-1000 Gulfmaster is one of three G-Shock models to feature the Triple Sensor with altimeter, barometer, compass, and thermometer, the other two models being the all-digital GW-9400 Rangeman and the analog-digital GWG-1000 Mudmaster. The Gulfmaster is the designated maritime model of the G-Shock Master of G line and represents the “sea” version of the “Land, Sea, and Air” trio of analog Master of G models. The Gulfmaster also features a tide chart and moon age data.

Update: Casio USA announced the release of the yellow Gulfmaster Summer Color GWN1000H-9A for May 2016 with a list price of $500. 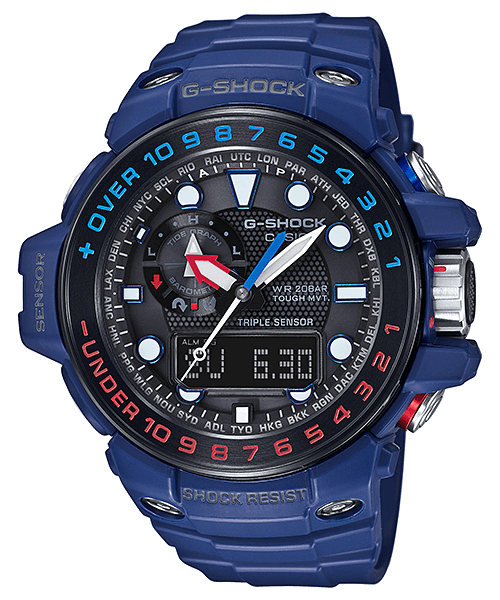 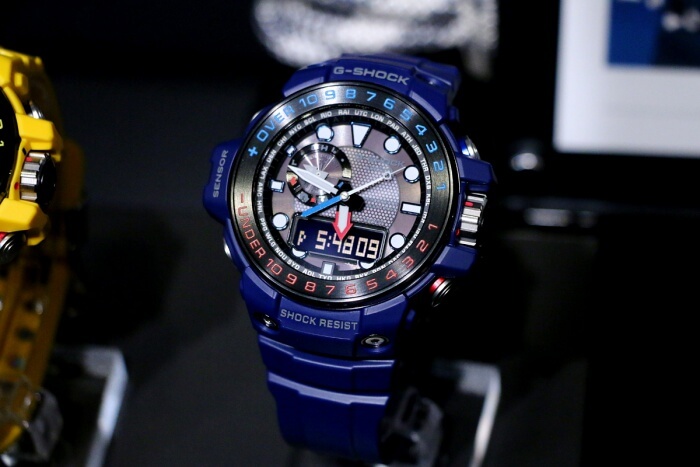 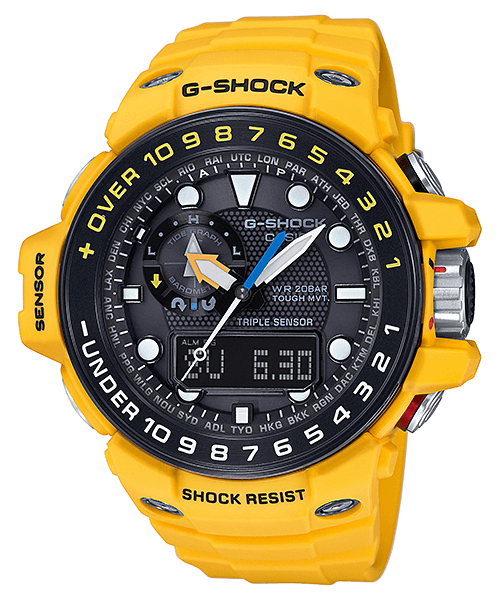 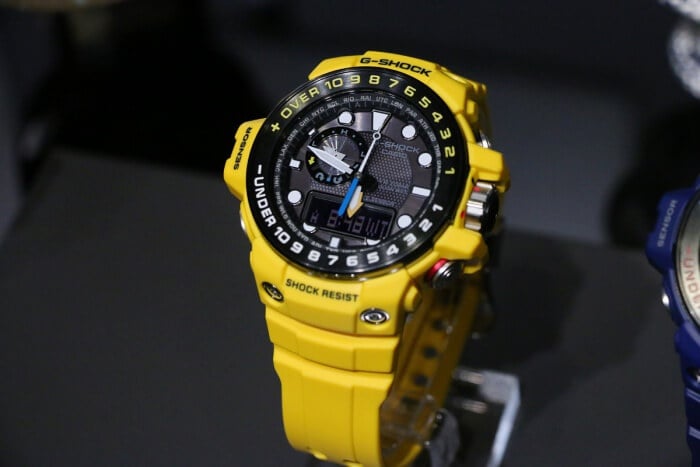