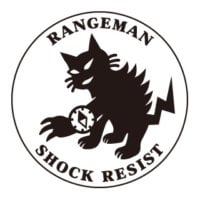 The GW-9400 Rangeman is the quintessential modern Casio G-Shock watch and is up there with the Frogman as one of the most desirable all-digital G-Shock watches. The Rangeman made its debut in 2013 and has since become the most popular model in the professional Master of G lineup.

With its Tough Solar-powered rechargeable battery, Multi-Band 6 radio wave timekeeping, direct-access Triple Sensor Version 3 (with digital compass, thermometer, and altimeter/barometer), and a 40-record sensor memory, the Rangeman is one of the best watches available for all outdoor activities and is an excellent survival watch. The feature-rich G-Shock also has mud resistance, low temperature resistance and sunrise and sunset data. It also has common G-Shock features like world time (48 cities + UTC), 5 daily alarms, stopwatch, and countdown timer. Its many useful features and affordable price makes it a popular watch with outdoorsmen and sportsmen of all types.

Alternatives: Other G-Shock watches with similar functionality include the Mudmaster GWG-1000 with Triple Sensor (but no sunrise/sunset time) and Gulfmaster GWN-1000. Also, most Pro Trek watches also have Tough Solar power and the Triple Sensor, but lack the heavy duty shock resistance of a G-Shock.

In addition to being one of the most functional and practical G-Shock watches, the limited edition models are highly coveted as collector timepieces, and the Rangeman is now one of the limited edition base models of choice. Here is a list of every Rangeman model produced starting with the newest release and including special editions and Japanese domestic market (JDM) releases.

G-Shock GW-9408KJ-7JR Rangeman: Love The Sea And The Earth 2022 Earthwatch inspired by polar bear
Disclosure: G-Central is managed by fans and supported by ads. We may earn a commission on purchases from our links to Amazon, eBay, and Reeds Jewelers. Please follow your country's official G-Shock site for additional release information.

Quite simply the best watch I have ever owned.A wealth of survival aids and damn good looking too.I have been using G Shocks since 1983 and consider them the best mission watch EVER!Sincerely yours Tammy Stafford.Cpl Royal Regiment of Scotland.

what about GW-9400-1ER??? Is there such model or is it a fake? Also I noticed a big price differences between 9400 versions. Thanks!

Yes that is a European market model, same as GW-9400-1. Some Rangeman models are only sold in Japan, or are special editions that are no longer in production, which may account for the higher prices.

Any ideas if the new GPS Rangeman means the 9400 ones will be discontinued?

That should probably be GW-9400-1DR. They are the same. The last two letters just indicate what market it is meant to be sold in. CR and DR are intended for export outside of Japan.

Is it in the sun? It should get to H. Might need to replace the battery.

mine has been on”H” ever since I got it. Even after I had it in a closed drawer for a month. Still had Full power

My watch is brand new,,, I dont think he need new battery… I have him only 7 days

Not always in sun but also in bulb light all the time , only at night ..

I have what I’m assuming is the original GW 9400 Rangeman. Have they increased in value?

GW-9400-1? No, because it is still readily available. The ones that increase in value are the limited edition ones that are not in production anymore. But if it is a used watch, that would affect the value as well.

Thank you for this useful overview. It would have been nice for the options of the blacked out inner front plate and the carbon fiber insert armband to have been made available more broadly.

Yes, that is still an active model in Europe.