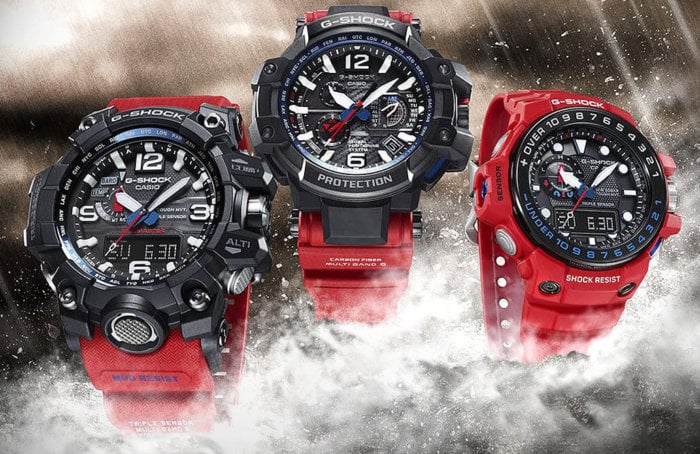 The Rescue Red theme is inspired by the red color of rescue vehicles and aircraft and the navy blue uniforms of rescue personnel. The watches feature solid red bands combined with blue accents on the displays or bezel for a bold and sporty look. The Gulfmaster’s outer resin body is also red with blue lettering on the lower half of the black stainless steel bezel. The Mudmaster has a black bezel with a blue dial ring and the Gravitymaster has a gray stainless steel bezel with a blue dial ring.

Check this page later for more information on price and availability.

The GWN-1000RD-4A Gulfmaster has a red band and body along with a black bezel with white and blue lettering.

The GWG-1000RD-4A Mudmaster has a red band and a blue dial ring.

The GPW-1000RD-4A Gravitymaster has a red band, gray stainless steel bezel, and a blue dial ring. 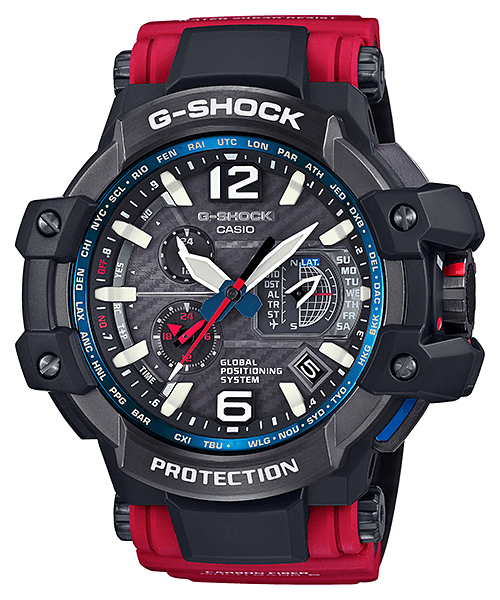 G-Shock 2016 Gift Guide: Top Releases of the Year
Disclosure: G-Central is managed by fans and supported by ads. We may earn a commission on purchases from our links to Amazon, eBay, and Reeds Jewelers. Please follow your country's official G-Shock site for additional release information.

Is it “later” yet? I can’t wait to know availability and price….

G-Shock Japan just announced these models for March 2016, so we are almost there.