In what is likely the most highly anticipated Master of G series for 2016 along with the Master in Desert Camouflage Collection, Casio is releasing the G-Shock Master in Navy Blue Series in November. The series consists of one Frogman (GWF-D1000NV-2JF) and two Gulfmaster models (GWN-Q1000NV-2AJF and GWN-1000NV-2AJF) with a navy blue and yellow scheme inspired by military colors. The release of the two Gulfmaster watches shows us that the previous generation GWN-1000 hasn’t been discontinued after the release of 2016’s GWN-Q1000, at least for the time being. All three of these Master of G watches are shock resistant, water resistant to 200 meters, and equipped with Tough Solar, Multi-Band 6, and digital environmental sensors.

The Frogman GWF-D1000NV-2JF has a yellow Frogman logo and “Triple Sensor” lettering, gold front screws, and a yellow inner band. The GWF-D1000NV-2JF has a compass, thermometer, and water depth meter which can all be used while diving. It also has tide and moon data. The Frogman family is known for its stainless steel case, screw-lock case back, and ISO-compliant water resistance. The GWF-D1000 series now has a sapphire crystal and carbon fiber insert band. List price is ¥130,000 JPY. 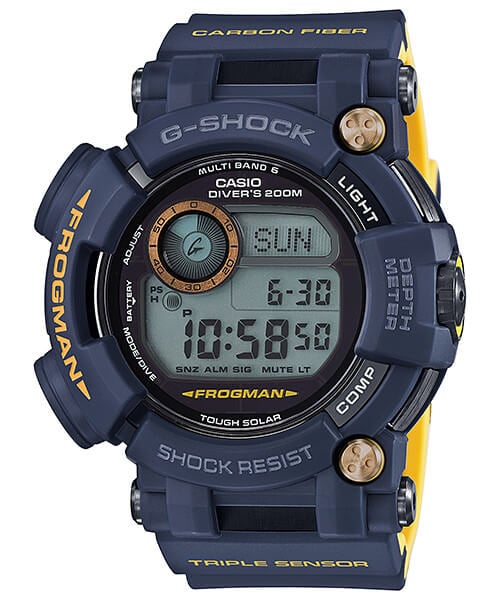 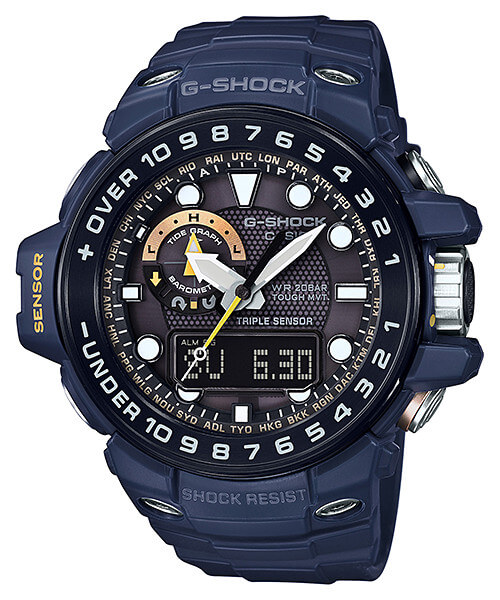 The Gulfmaster GWN-Q1000NV-2AJF has a gold ring around a black bezel, yellow second hand, yellow “Baro” lettering, and some yellow accents on the face. The GWN-Q1000NV-2AJF has an altimeter/barometer, compass, thermometer, tide graph, moon data, and sunrise/sunset data. This latest generation Gulfmaster has a carbon fiber reinforced case and a sapphire crystal. List price is ¥105,000 JPY. 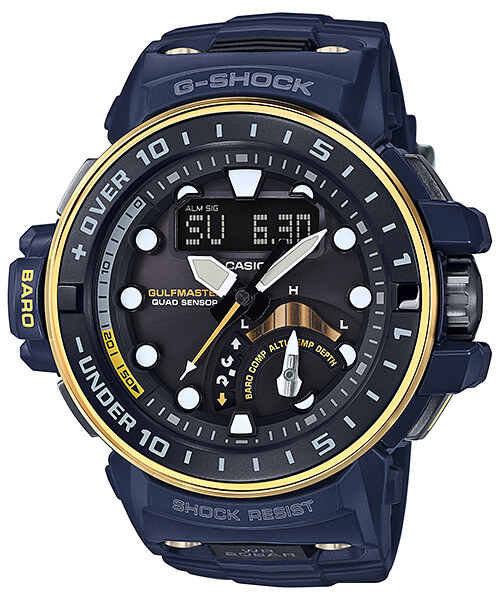 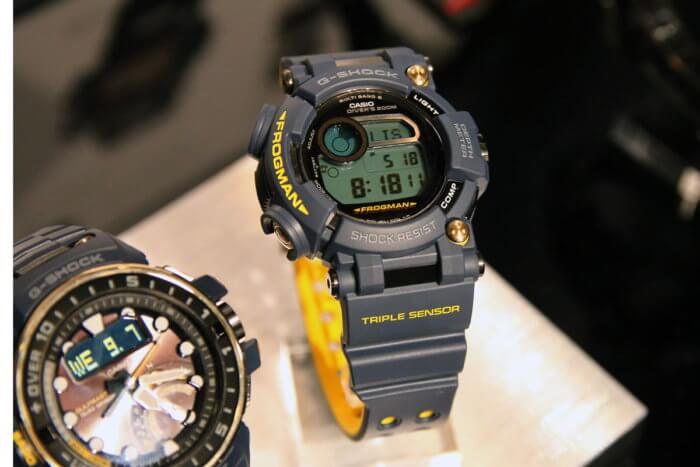 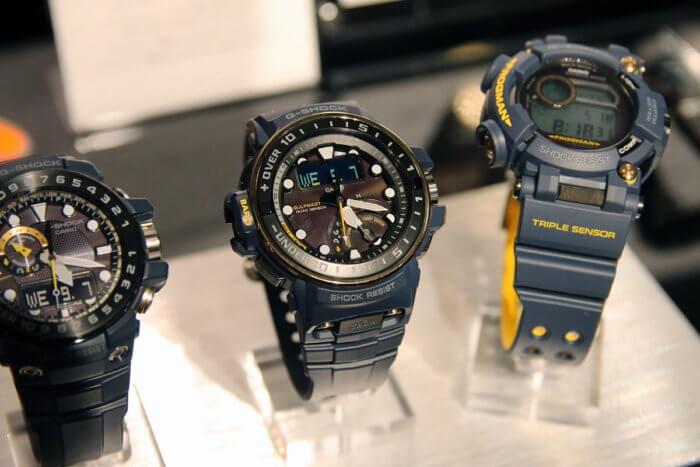 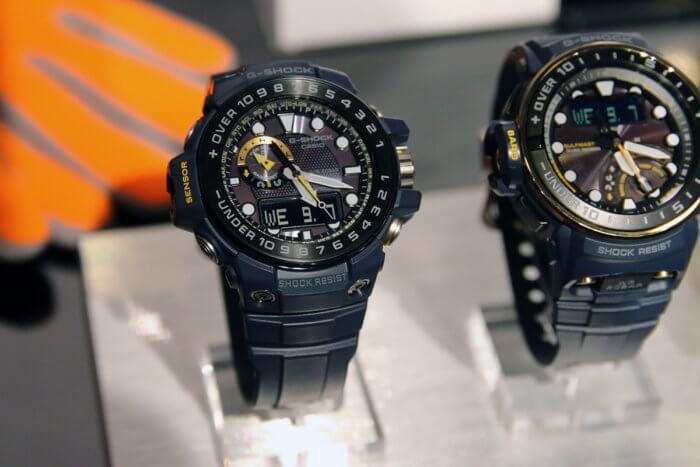