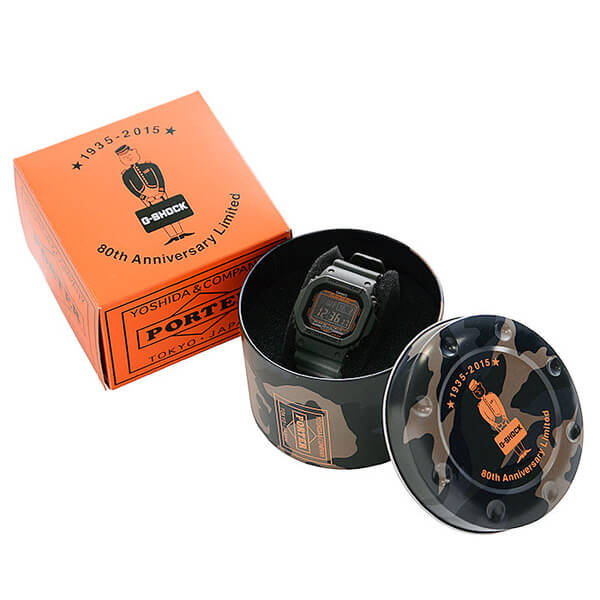 The Porter X G-Shock 80th Anniversary Limited G-5600E collaboration watch celebrates the 1935 founding of renowned Japanese bag-maker Yoshida & Co., Ltd., manufacturer of the Porter line. The watch is an olive green color inspired by Porter’s military-themed Tanker series. It has an orange-accented face with eight stars to commemorate the 80th anniversary, and the buttons have a black ion plating. The case back has an engraved Porter image along with “1935-2015” and “80th Anniversary Limited.” The watch comes in a co-branded camouflage tin and orange box. 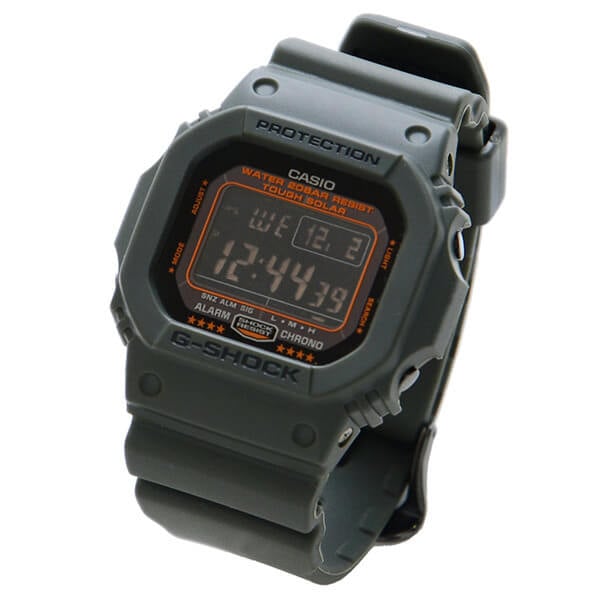 The Porter x G-Shock watch will be pre-released at the Omotesando, Marunouchi and Osaka locations of Kurachika Yoshida on February 6. 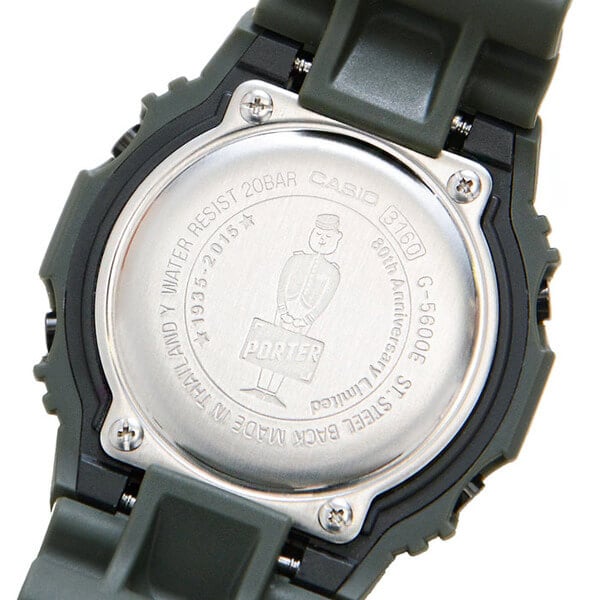