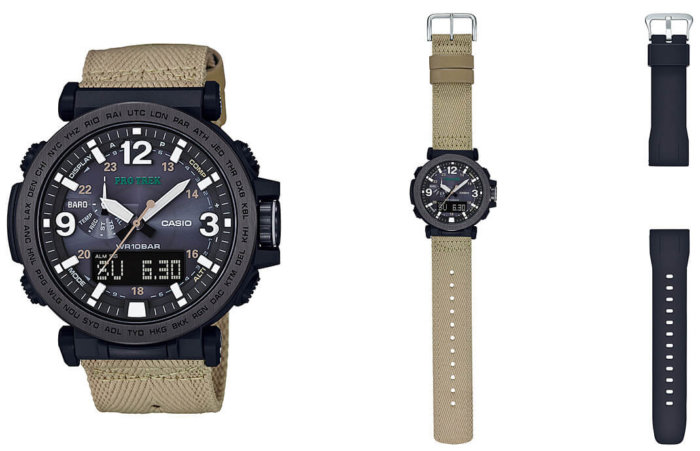 The Pro Trek PRG-600 series was introduced in late 2016 and the standard U.S.-released models are surprisingly affordable for an analog-digital Pro Trek of this build quality. Major features include Tough Solar power, Triple Sensor Version 3 (with altimeter/barometer, compass, and thermometer), stainless steel bezel, and STN LCD display. The PRG-600 has a large safari-inspired markers designed for high visibility in the outdoors. It is water resistant to 100 meters.