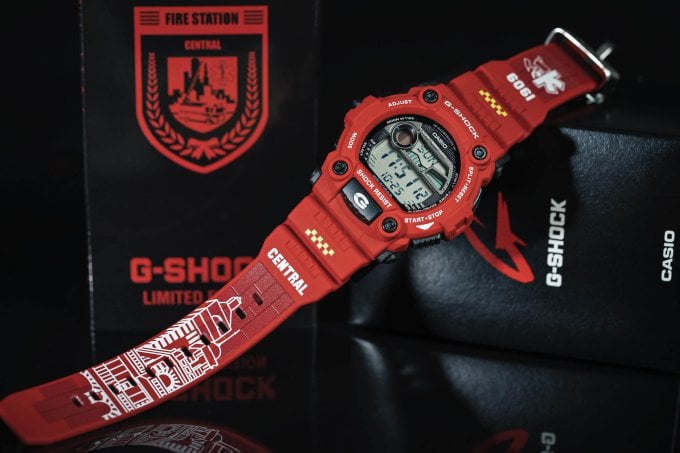 Singapore’s Central Fire Station produced a G-Shock collaboration watch to commemorate the Station’s 111st anniversary and to honor those who have served and continue to serve in it. The watch, limited to 300 units, is a custom red G-Shock G-RESCUE G-7900 (G-7900A-4) designed by Corporal Russel Koh and Lieutenant Zul Yang. This is a private release that is not for sale.

The watch has custom designed bands and represents both the Fire/Rescue and Emergency Medical Services departments. The raised red bricks on both bands are reminiscent of the distinctive red and white bricks of the fire station that earned it the nickname “Blood and Bandage.” The upper band shows the founding year of 1909 and split emblems. The lower band has a “CENTRAL” label and a line art image of the fire station building. Both bands also have the red and yellow emergency pattern that is seen on SCDF fire trucks and vehicles.

The stainless steel band keeper, an enhancement over the standard resin keeper, is engraved with “111.” The custom printed case back commemorates the anniversary and designates the watch’s limited edition status. The watch comes in a custom box featuring the Central Fire Station insignia and includes a certificate of authenticity.

The G-Shock G-7900 has extra-large buttons to accommodate the types of gloves that rescue workers wear, as well as a tide and moon graph. Other features include flash alerts, low temperature resistance (-20°C), world time, dual stopwatches, countdown timer (24 hour), 5 alarms with 1 snooze alarm, and EL backlight with afterglow (3 or 5 seconds).

The Central Fire Station is Singapore’s oldest surviving fire station and was declared a national monument by the Preservation of Monuments Board in 1998. Along with being an active fire station today, it houses the Civil Defence Heritage Gallery, honoring Singapore’s firefighting history.

For more information and photos, visit the official site for the watch at centralfs11.com. 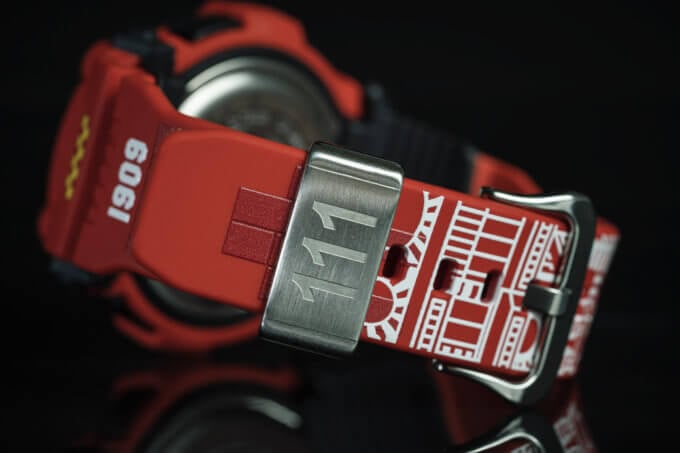