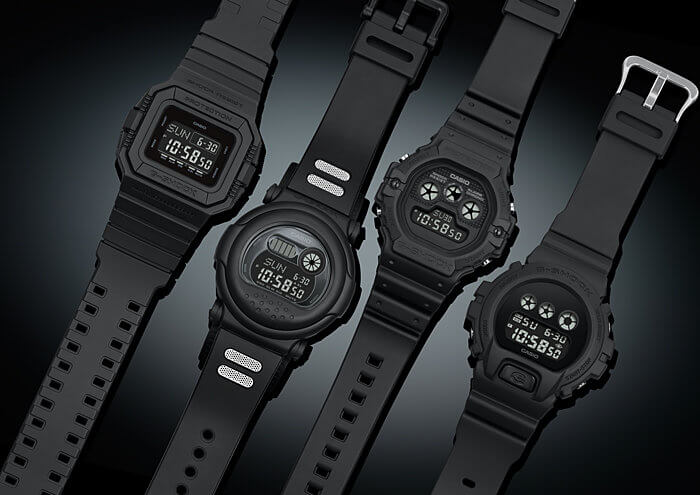 Casio is releasing the Classic Basic Black G-Shock series in November 2018 featuring four reverse-display digital watches with stealth bezels. The DW-5900BB-1JF is a surprise inclusion, based on the classic 1992 model known as the first “three-eyed” G-Shock and a precursor to the DW-6900. According to G-Shock.jp, the last DW-5900 model was released in 1993. Other unique entries include the round G-001BB-1JF based on the G-001 “Jason” model and the squarish DW-D5500BB-1JF inspired by the DW-5500, the first dust-and-mud-resistant G-Shock. It’s been a few years since we’ve seen new iterations of these two models. The DW-6900BBA-1JF rounds out the collection, which differs from the very similar DW-6900BB-1 by having silver buttons and a silver buckle. 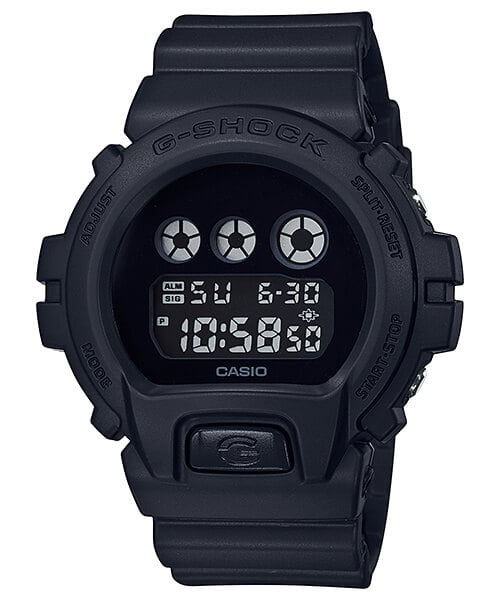 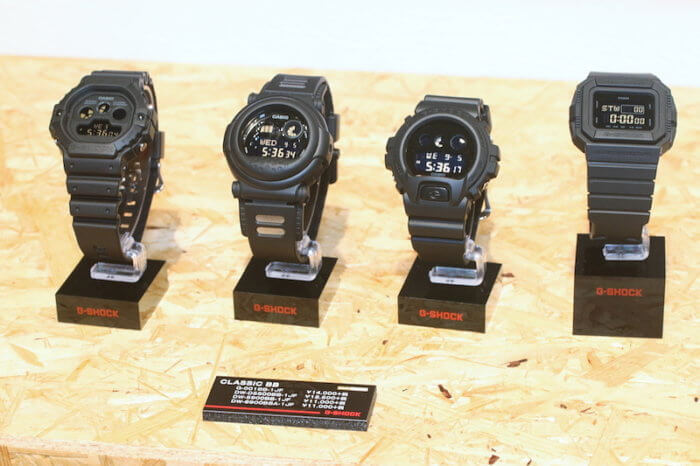 Regarding the first picture, two of the positions stated in the first paragraph are incorrect. The DW-5900 is second from right, and the DW-5500 is on the left.

Thanks, forgot to edit it after I changed the top photo.