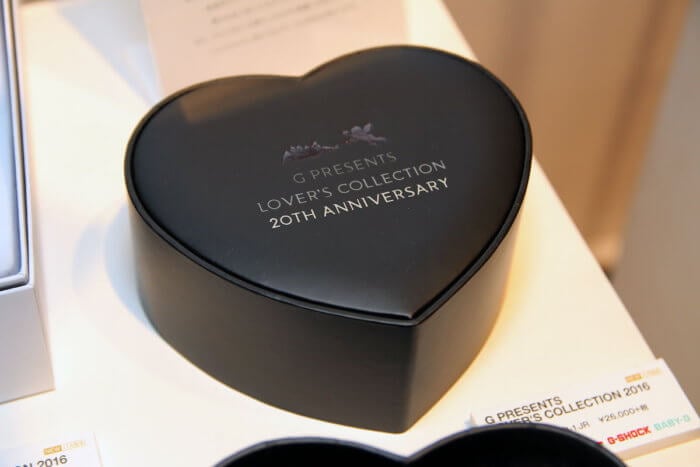 The LOV-16A-7AJR set features the G-Shock GA-110LD-7A and Baby-G BA-110LD-7A. These white large case watches have navy blue lettering and a gold-accented face. The watches have custom devil and angel engraved case backs along with “G-SHOCK Baby-G 2016.” List price is ¥33,000 JPY. Casio also announced the LOV-16A-7A for release in Asia. 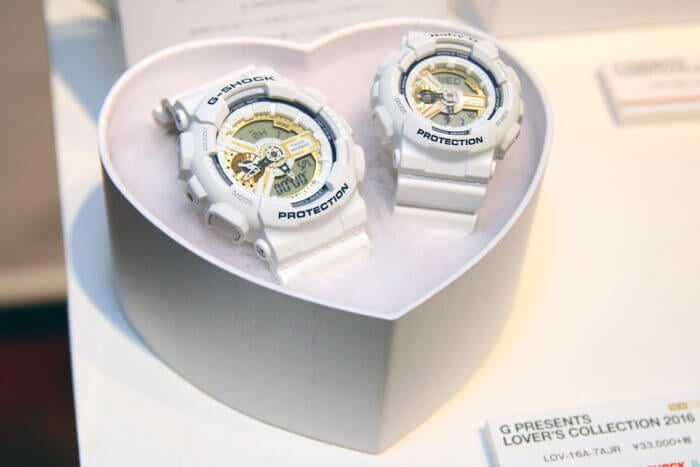 The sporty LOV-16C-7JR set features a white G-Shock DW-6900 and Baby-G BG-1005 with nylon bands and Velcro fasteners. The watches have devil and angel engraved case backs along with “G-SHOCK Baby-G 2016.” List price is ¥30,000 JPY. Casio also announced the LOV-16C-7 for release in Asia. 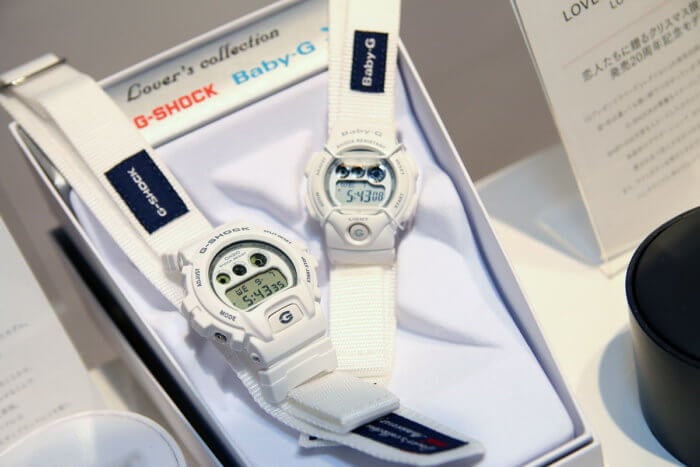 The LOV-16B-1JR set features a classic black G-Shock DW-D5600LD-1 and a white Baby-G BGD-501LD-7. Both watches include wire “bull bar” face protectors. The G-Shock and Baby-G have a devil and angel graphic (respectively) when the EL backlight is activated. These images are also featured on the case back. List price is ¥25,000 JPY. 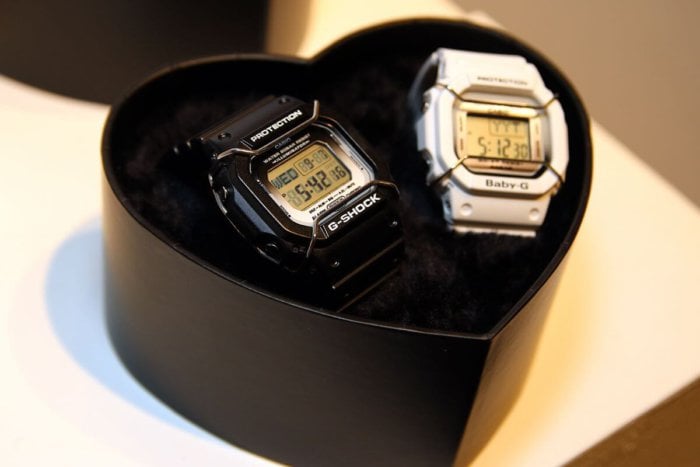 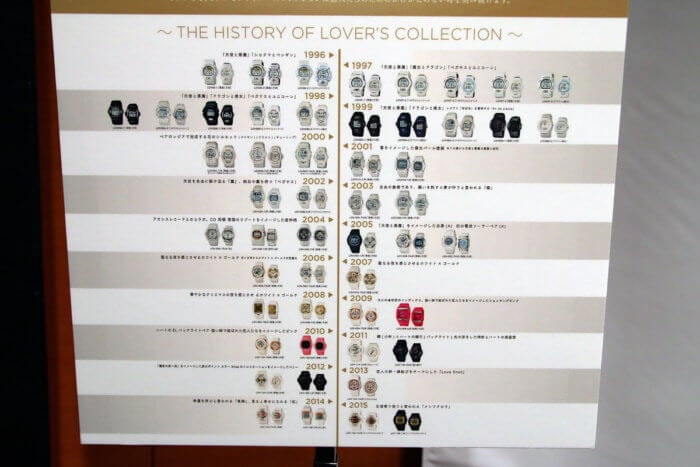