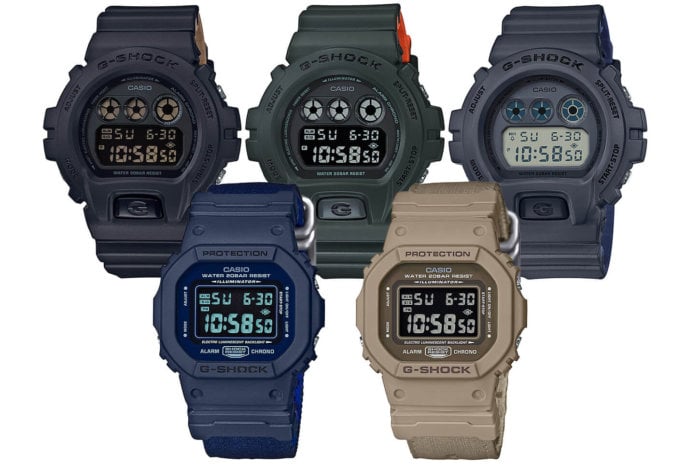 G-Shock Japan is releasing five basic models with matte exteriors inspired by military colors. The base for these watches are the classic DW-5600 and DW-6900 digital models featuring the Electro Luminescent backlight. List price is ¥12,000 JPY each. 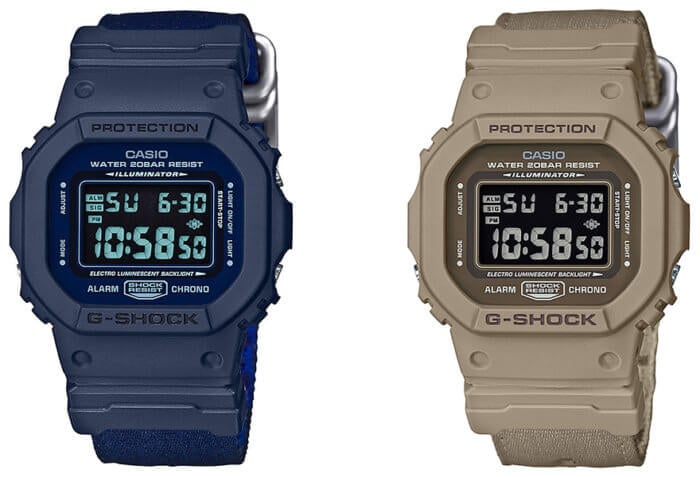 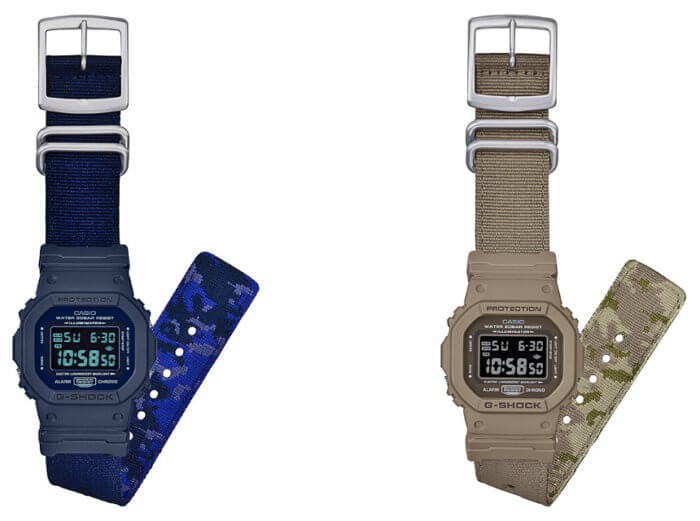