The G-Shock G-5600UE-1, which was part of a six-model series featuring updated modules in Japan (three of which were also released in Europe), will also be released throughout Asia. The G-5600UE-1 is equipped with Tough Solar power, but not Multi-Band 6 automatic time syncing like the other five models, as most Asian countries are outside the range of the transmission stations in Japan and China. 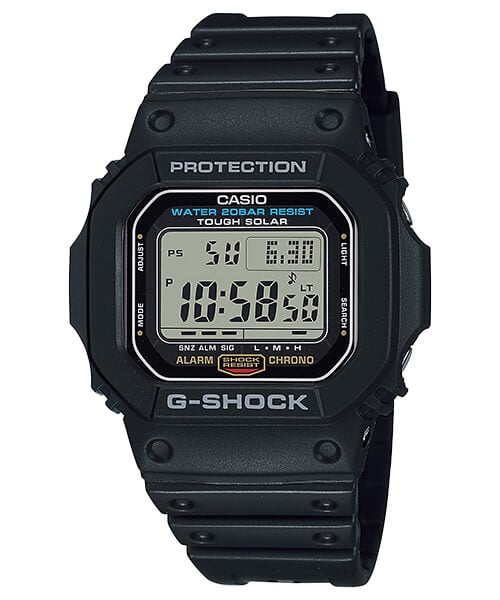