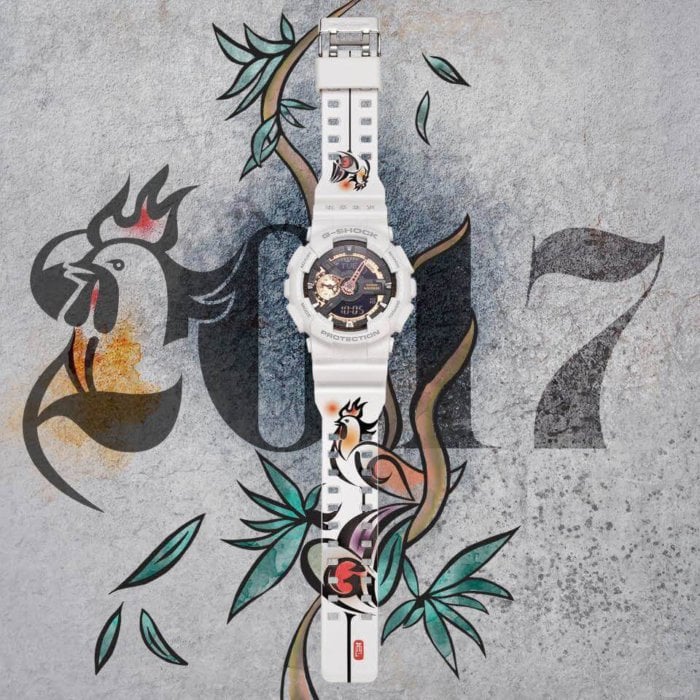 Casio Singapore is releasing the limited G-Shock GA-110RG-7CNY17 Chinese Zodiac Edition to celebrate the new year. The white GA-110 has a gold-accented face and a custom spring color-inspired band design to commemorate Chinese New Year and the Year of the Rooster. Reservations can be made with the G-Factory Mobile App (Android, iOS) under “My Account > Rewards” from now until January 7, 2017.

The retail price is $288 SGD and the watch will also be available in limited quantities starting January 7 at select G-Factory stores in Singapore including JEM, Tampines Mall, Bugis Junction and Ion Orchard.