The G-Shock GA-120TR Tricolor Series combine red, white, and blue accents with the racing-inspired large GA-120 base model to create some bold high-contrast designs. The face of the GA-120 resembles the disc brakes of a motorcycle, and the central connecting point of the analog hands resembles gears in motion and gives the watch an energized look.

The GA-120TR-1AJF is a black model with black on white index markers.

The GA-120TR-4AJF is a red model with red on black index markers.

The GA-120TRM-7AJF is a maritime-themed design with a clean white face and index markers. The bezel is white, the upper band is red, and the lower band is blue for a multi-color look. Update: Casio USA announced the GA120TRM-7A for a May 2016 release (MSRP $130). 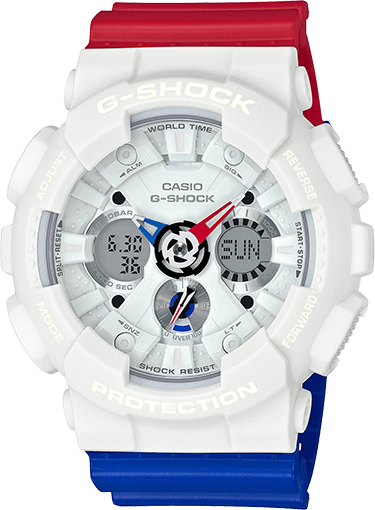 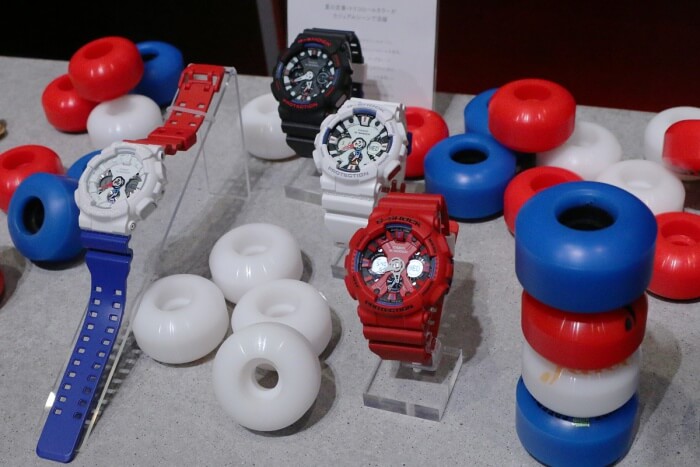 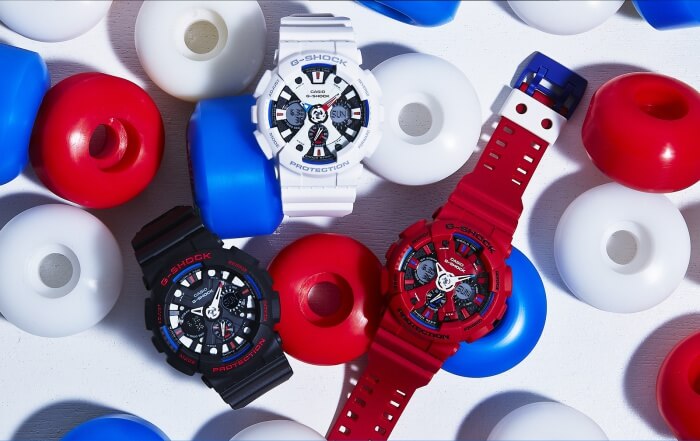 G-Shock GA-800SC Sneaker Color Series
Disclosure: G-Central is managed by fans and supported by ads. We may earn a commission on purchases from our links to Amazon, eBay, and Reeds Jewelers.