G-Shock is releasing a new White and Black Series in October featuring eight different models and including a white and black tiger stripe design for three of them. The tiger-striped models include the classic square DW-D5600BW-7, the solar radio square GW-M5610BW-7JF, and the large MIL STANDARD GD-X6900BW-1. Other models in this series with more conventional designs include these white watches: the retro square GW-5510BW-7JF, the analog-digital AWG-M100SBW-7AJF, and the 1994-revival G-001BW-7 with black bands. Two big case analog-digital models with black bodies and white and black faces include the GA-110BW-1A and GA-100BW-1A. The GW-5500 series has traditionally been a Japan-only release.

The GA-100BW-1AJF is another popular big case model with an instrument panel-like display with analog hands and a reverse LCD display. G-Shock Australia and Casio USA have announced the GA100BW-1A. 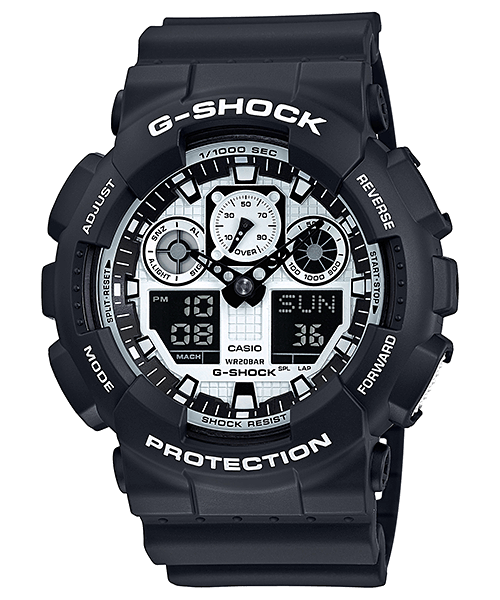 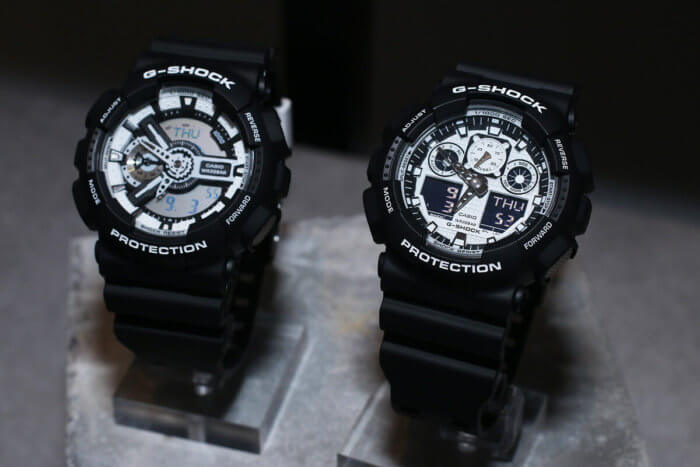 The GA-110BW-1AJF is a highly popular big case analog-digital model. This black version with a simple yet striking white and black face is sure to be a big seller. G-Shock Australia and Casio USA have announced the GA110BW-1A. 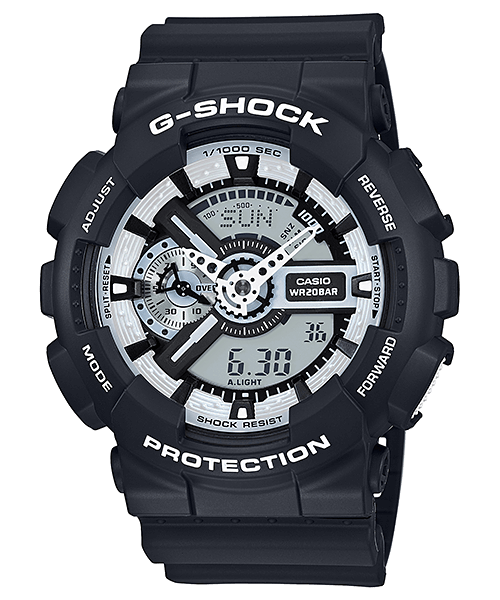 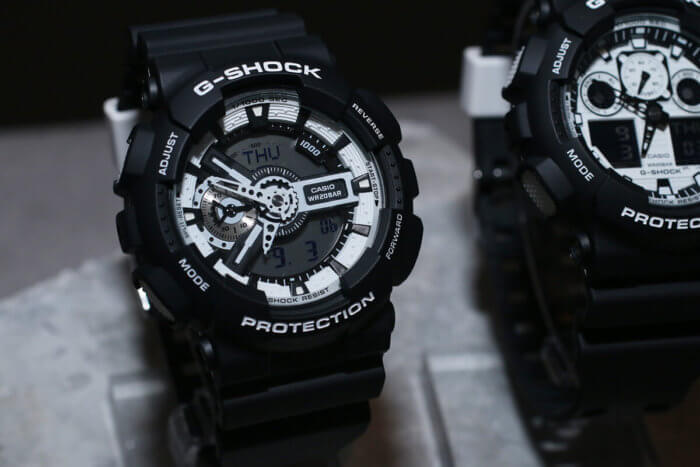 The DW-D5600BW-7JF is a classic G-Shock watch with a fashionable white and black tiger stripe pattern and a reverse display. U.S. release is the DWD5600BW-7. 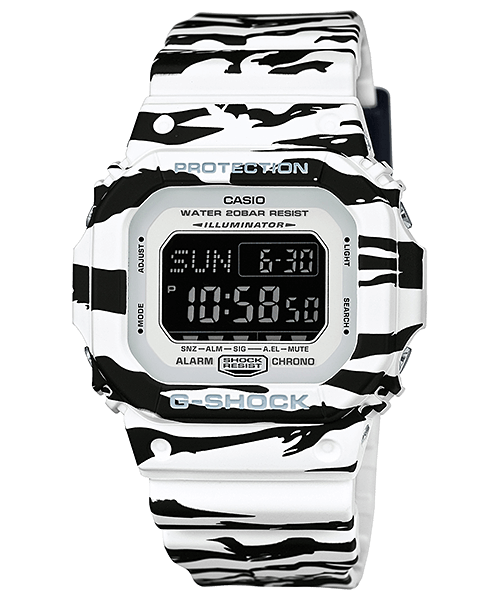 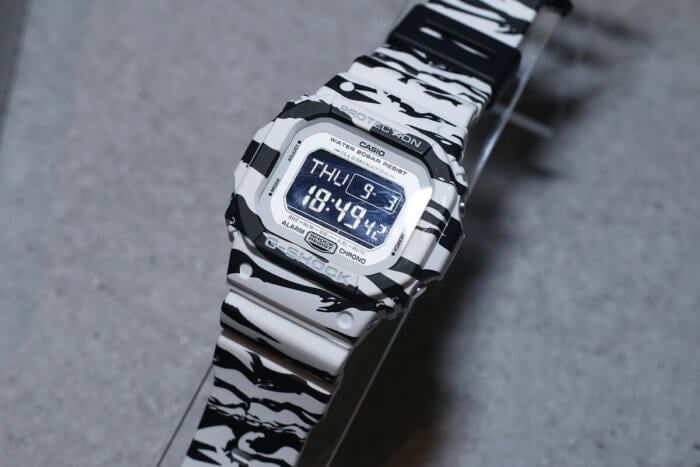 The large-size GD-X6900BW-1JF is a favorite case for stylish colored G-Shocks like this tiger-striped black and white version. U.S. release is the GDX6900BW-1. 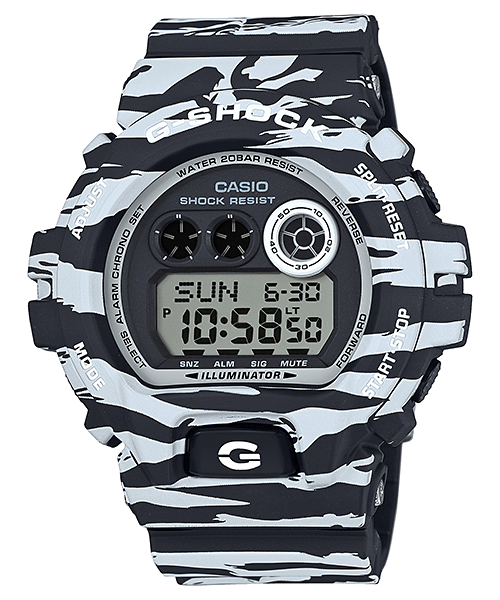 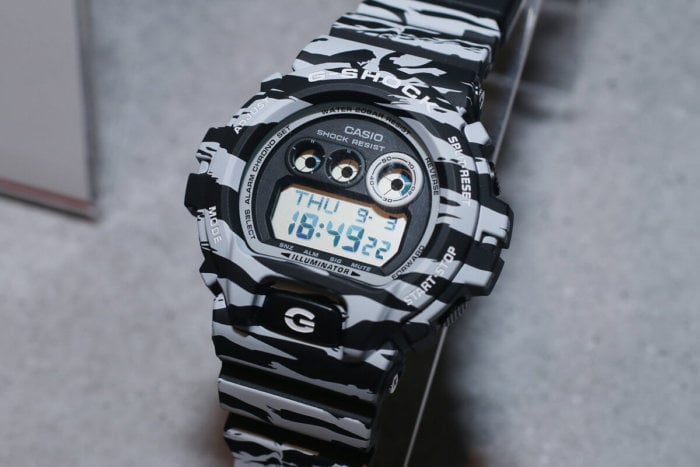 The G-001BW-7JF is a revival of the 1994 DW-001 model, one of the most unique-looking G-Shock watches featuring a capsule-like design, seen here in a white and black color resembling a Panda bear. The round design and soft shapes of this G-Shock make it a nice choice for women too. U.S. release is the G001BW-7. 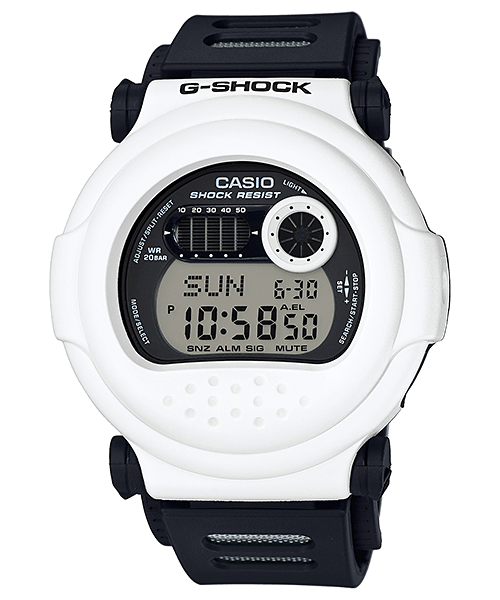 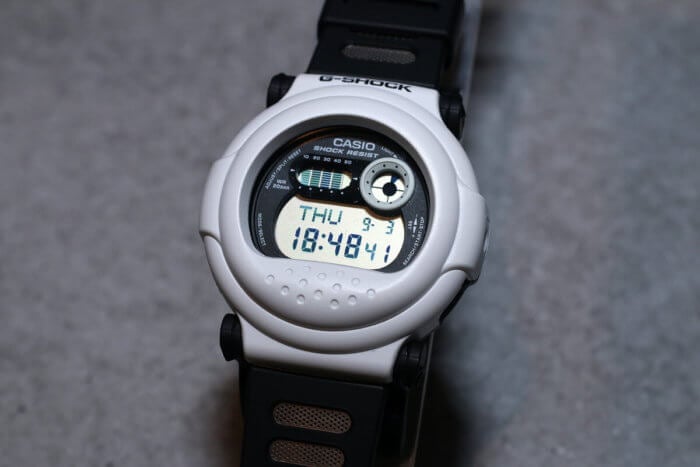 The GW-M5610BW-7JF looks like the DW-D5600BW-7 but with a standard LCD display plus Tough Solar power and Multi-Band 6 radio wave timekeeping. 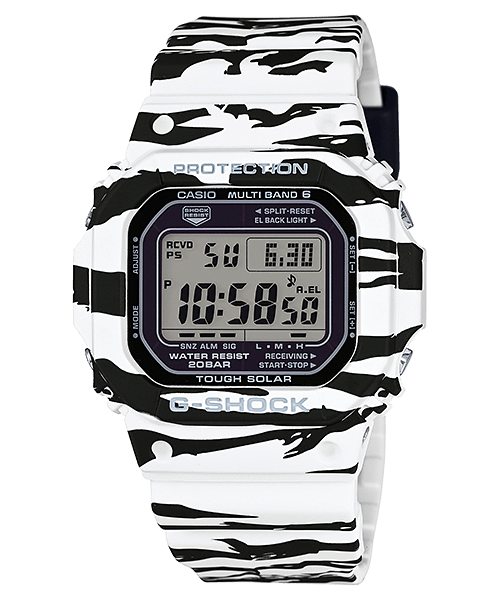 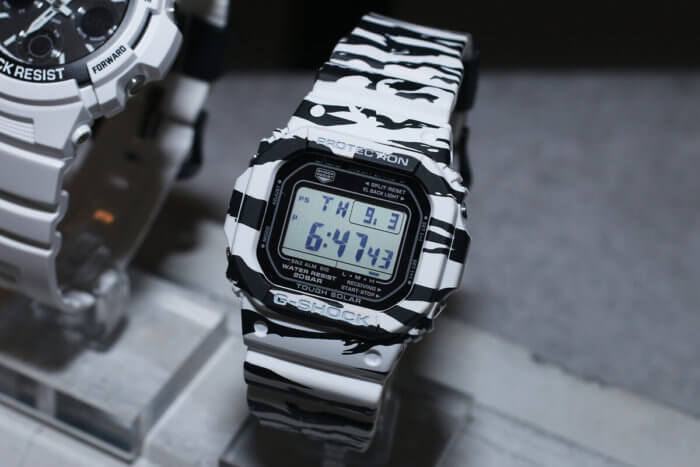 The GW-5510BW-7JF is a modernized version of the 1985 DW-5500 “G-Shock II” model with Tough Solar and Multi-Band 6. It’s presented here in a nice clean white color with black buttons and a reverse display. 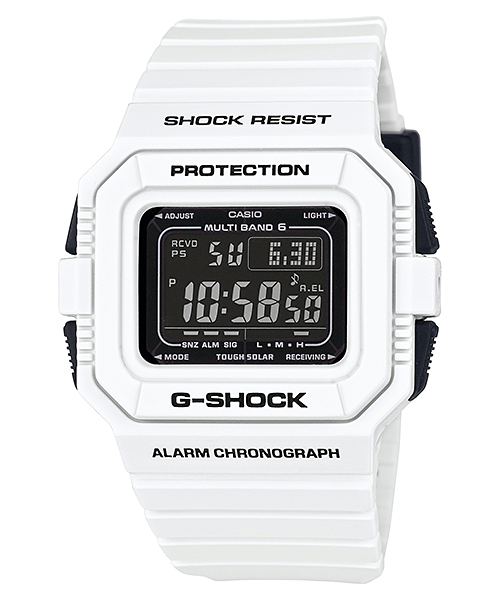 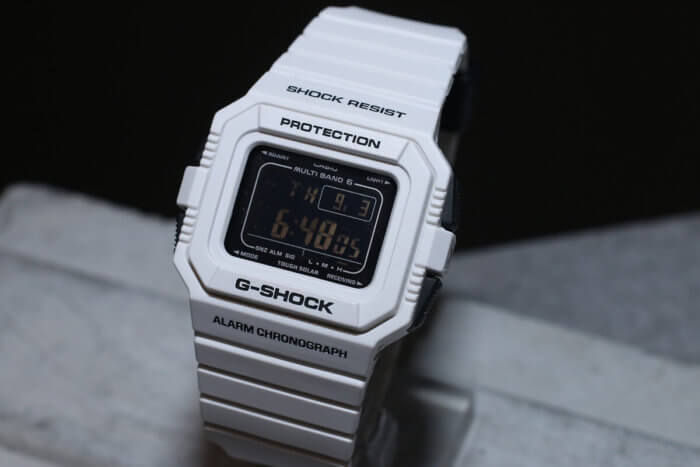 The AWG-M100SBW-7AJF is a simple and sleek standard-size analog-digital model with Tough Solar and Multi-Band 6, presented here in a white case and a black bezel. 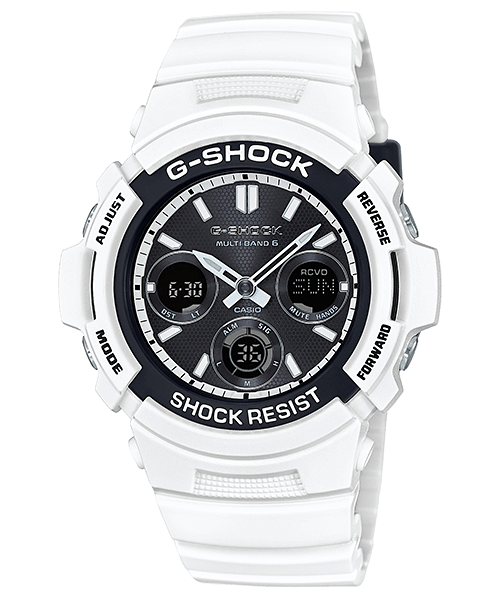 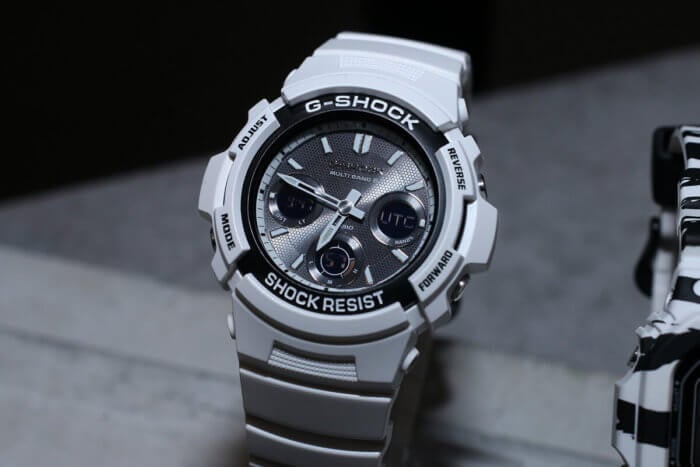