The design of the GA-500 series is inspired by urban sports and features a large round face with a cross shape design that evokes the look of a wheel on a bike or skateboard. The face features 3D index markers and analog hands, inset dial, and LCD display. The side buttons have a slanted, streamlined shape to reduce contact with the wrist. The watch has a large front-facing button to easily stop the stopwatch and there is also a feature to start the stopwatch timing directly from timekeeping mode.

The GA-500 series represents a bold new look for the G-Shock analog-digital lineup. The style is somewhat of a departure from the usual G-Shock designs and the added stopwatch features should appeal to athletes of all types. 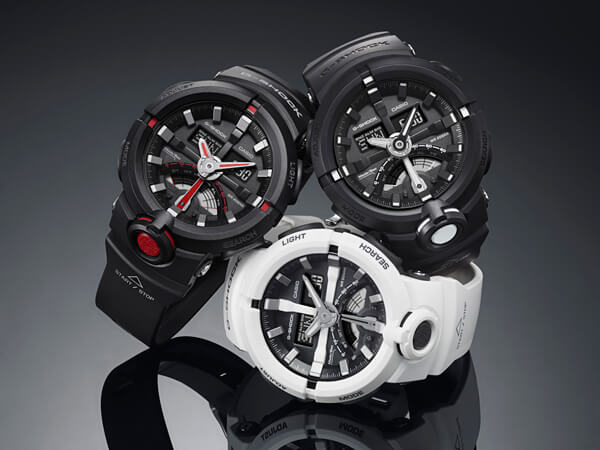 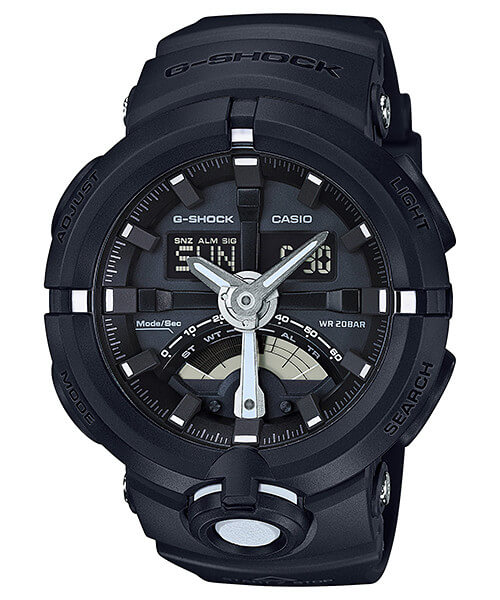 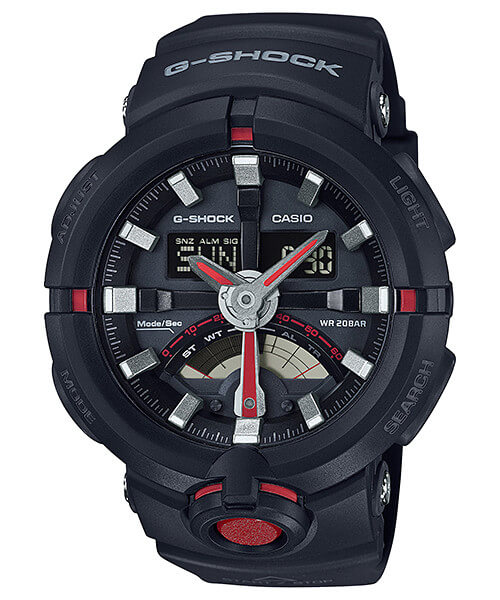 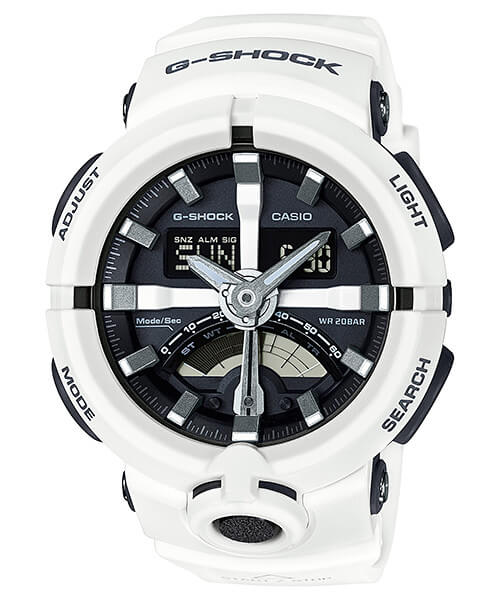