The G-Shock GA-710B-1A2 complements the metallic gold and rose gold GA-710B models, offering metallic blue accents on its hands and markers, a blue-tinted LCD display, and a stainless steel front LED light button with blue IP. The case and bands are a matte black to allow the metallic accents to stand out. 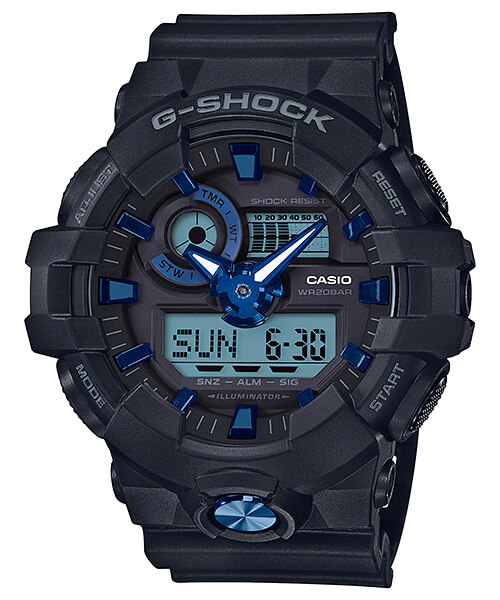 G-Shock US released a promotional video featuring the GA710B-1A2 and the other metallic GA-710 models:

Gorillaz x G-Shock “G-Time is Now” Mission M101 Collaboration
Disclosure: G-Central is managed by fans and supported by ads. We may earn a commission on purchases from our links to Amazon, eBay, and Reeds Jewelers. Please follow your country's official G-Shock site for additional release information.