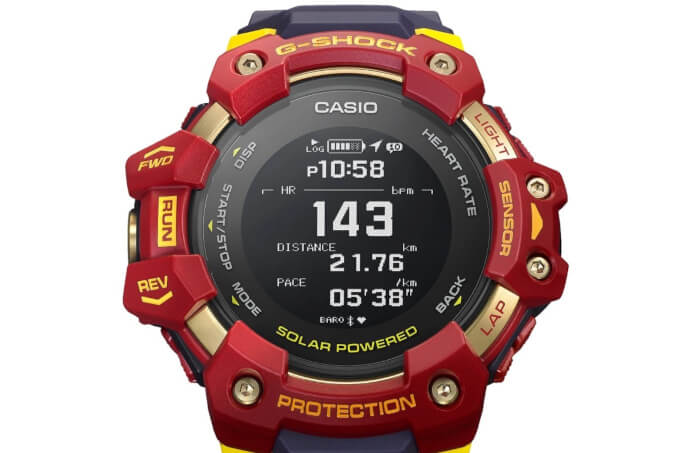 The watch features red, gold, and yellow colors for the bezel and a blue and garnet patterned band. The club name and motto “Més que un club” (“More than a club”) is printed on the lower band, and a “Matchday” logo is printed on the upper band. “Matchday: Inside FC Barcelona” was a television documentary series that followed the 2018-2019 season.

The watch is currently listed as “coming soon” at select Casio Europe online shops with a price of €519.

Another collaboration model with the same color scheme and design elements, the G-Shock G-SQUAD GBD-100BAR-4ER, is also coming soon with a price of €229. The GBD-100 base watch is smaller than the GBD-H1000 and is powered by a CR2032 battery with an estimated 2-year battery life. Major features include a step counter and Bluetooth smartphone link. 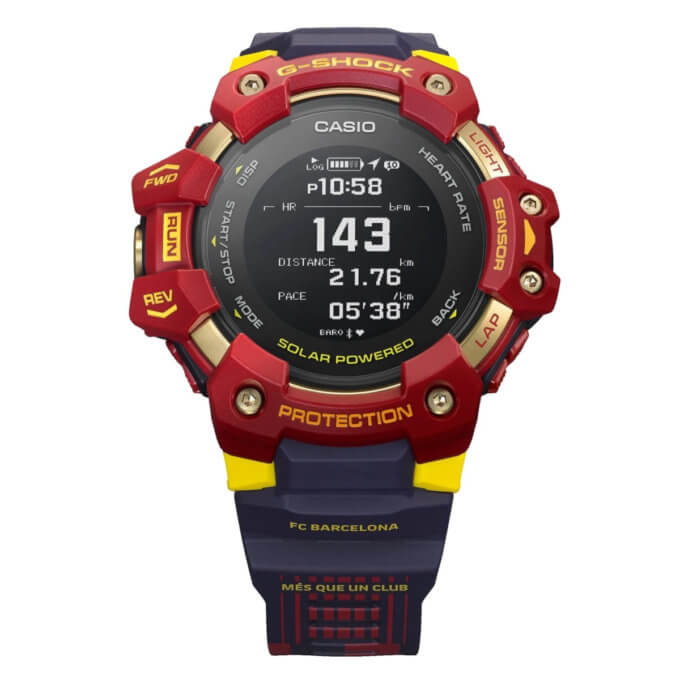 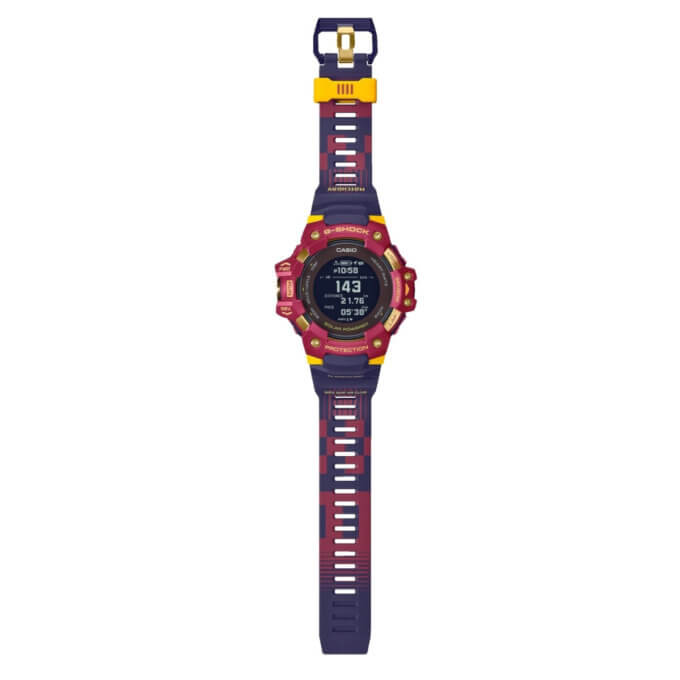 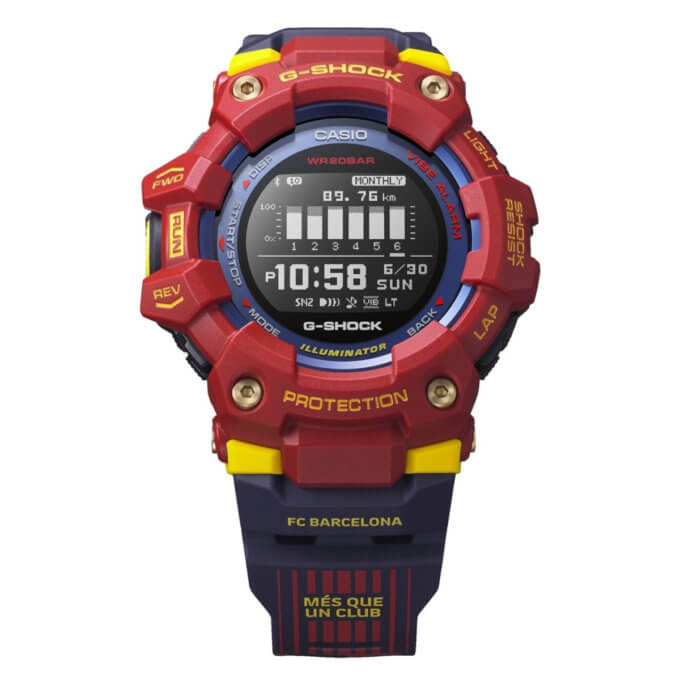 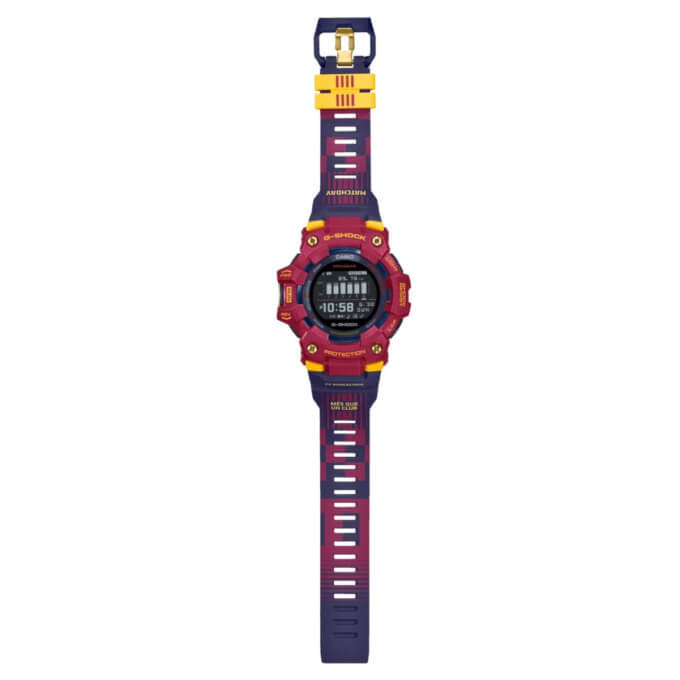 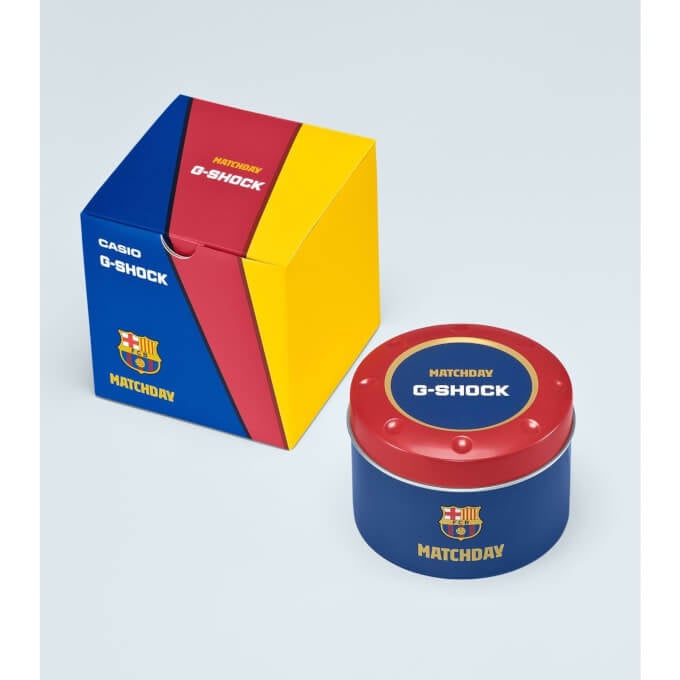 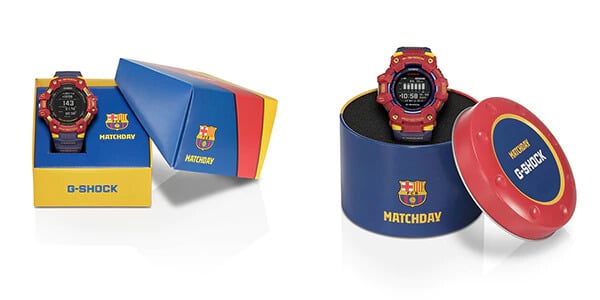 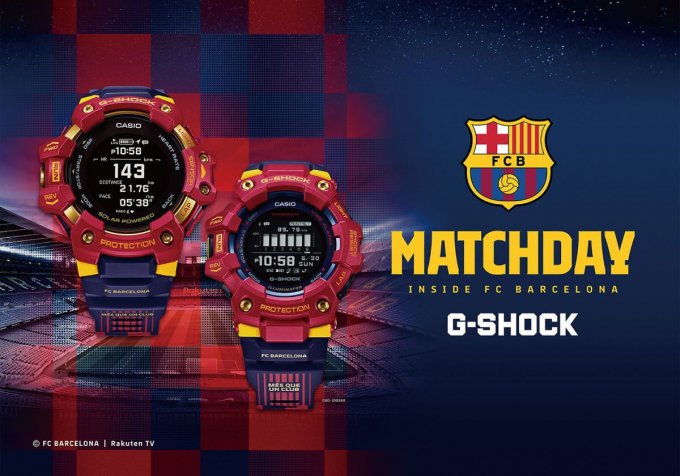