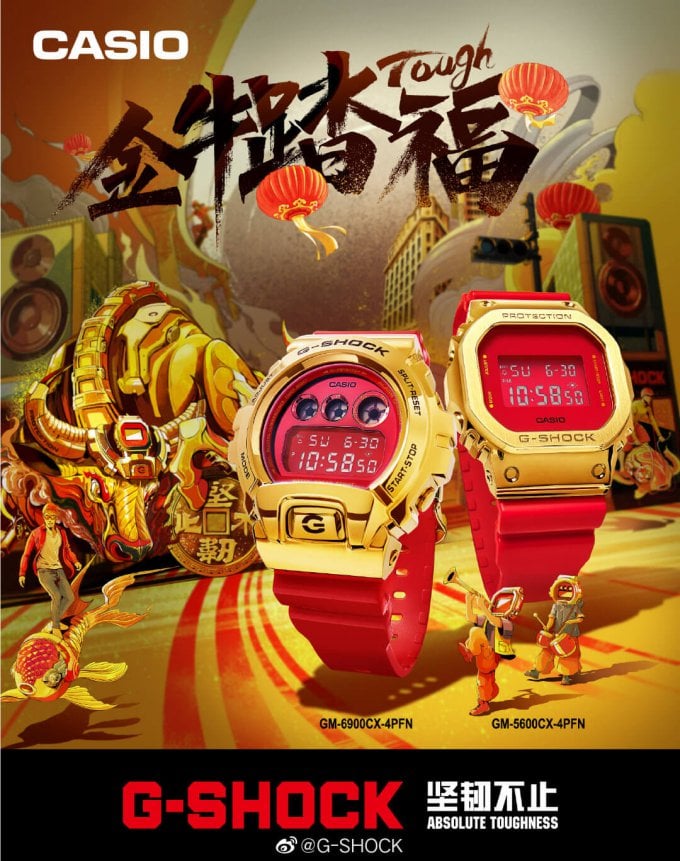 The GM-5600CX-4 is the first GM-5600 model with a gold IP. It has a matte red band, a hairline finish on the bezel, and no paint on the engraved bezel lettering. The GM-6900CX-4 is the more lustrous model with its glossy red band. Both watches appear to have gold IP buttons and a gold IP stainless steel band keeper. The watches come in a red box and tin case with gold G-Shock logos.

These models are listed for a December 2020 release. Last year’s “CX” Chinese new year watches were released in China only, but with this catalog leak coming from Malaysia and being from an English language catalog, these models appear to be planned for other countries too, perhaps limited to certain Asian countries. (In the catalog, the models are listed as GM-5600CX-4DR and GM-6900CX-4DR, with the “DR” denoting that they are export models but not China models.) 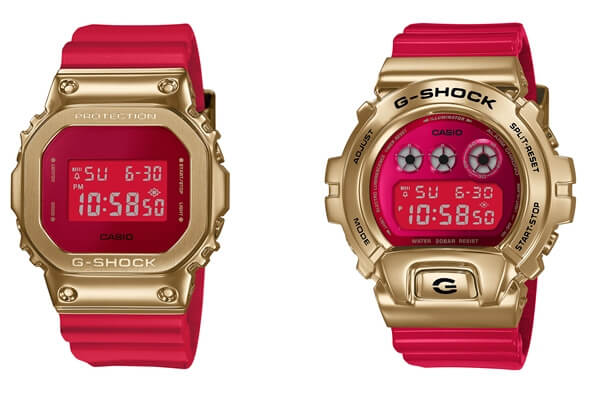 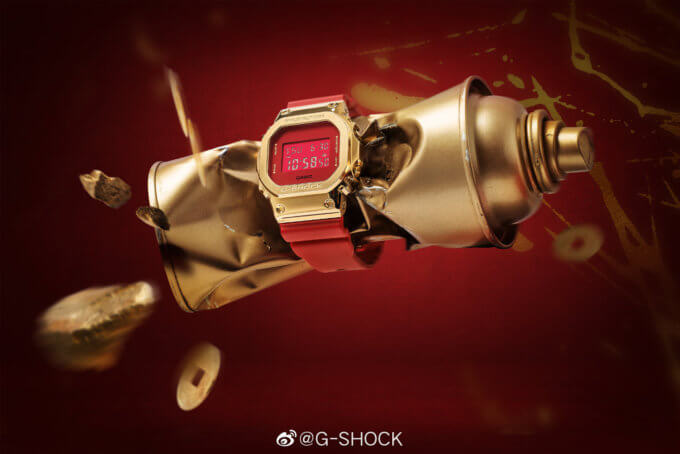 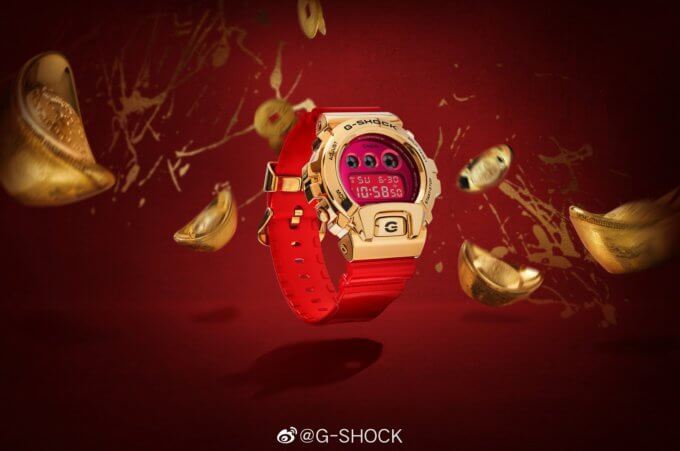 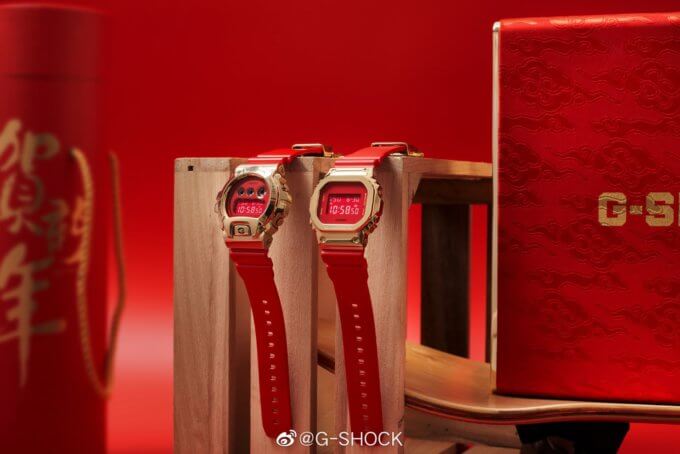 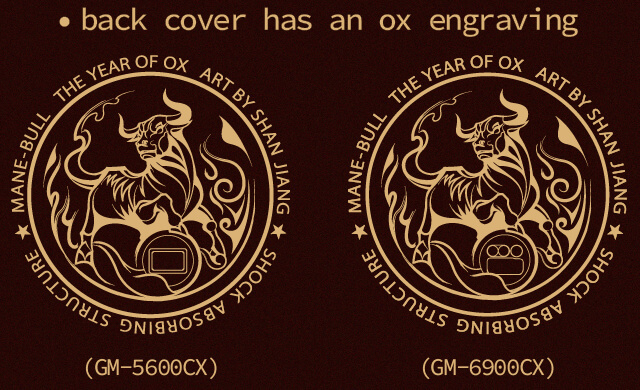 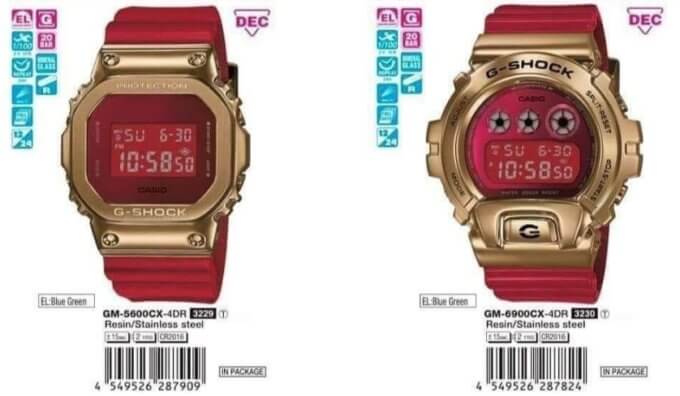