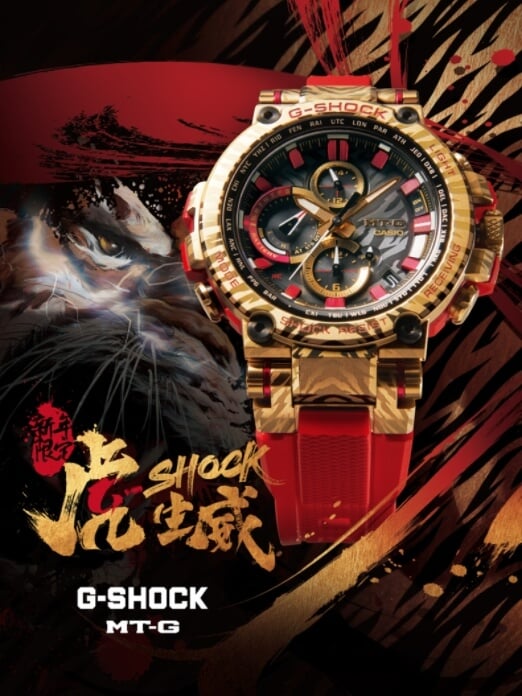 This year’s limited edition G-Shock for Chinese New Year is the MTG-B1000CX-4A, which goes on sale in China (MTG-B1000CX-4APFH) on December 4 for 8,490 yuan. The festive gold and red watch celebrates the Year of the Tiger Chinese zodiac sign for 2022. A special tiger stripe pattern adorns the bezel, and a tiger head artwork based on a painting by Hou Shanzhao is engraved on the gold case back. Orders at the official online Casio Store in China include a wooden lacquer case and a limited incense burner with a golden tiger head.

Last year’s Chinese New Year models were also released in other countries including the U.S., but release information for the MTG-B1000CX-4A outside of China is not available yet. 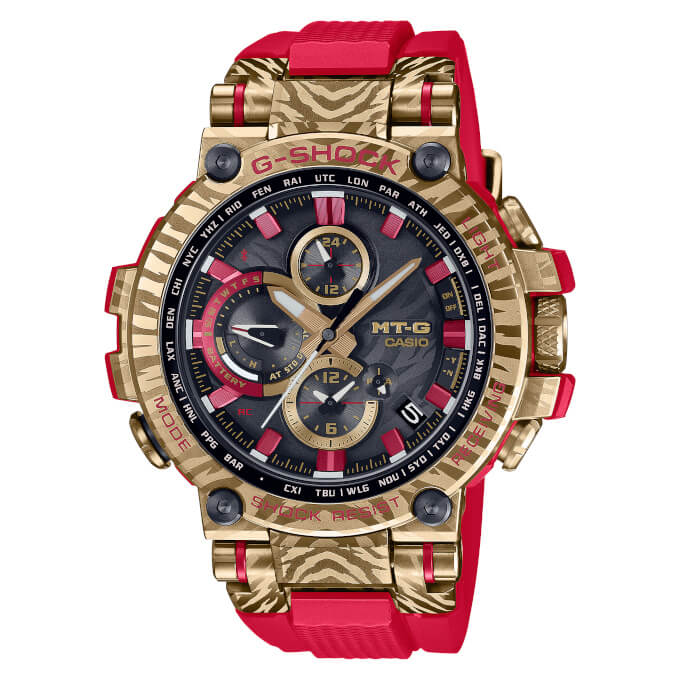 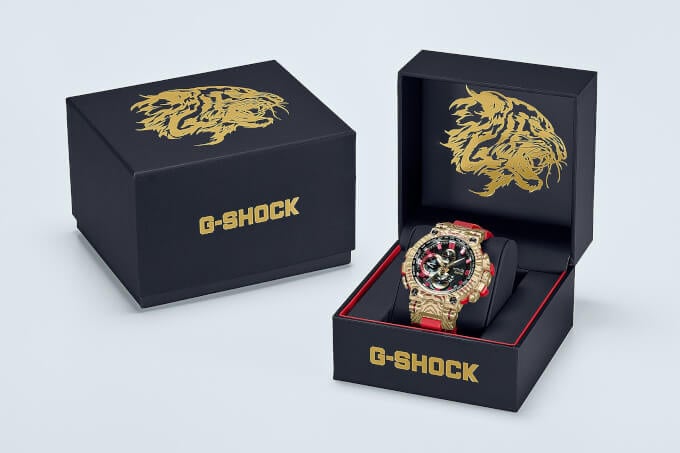 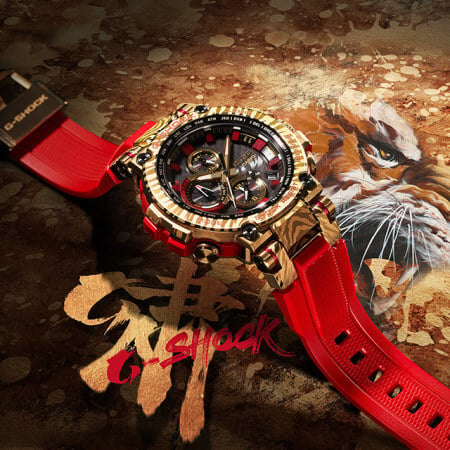 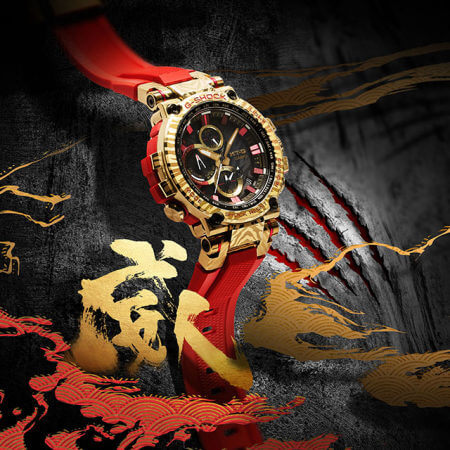 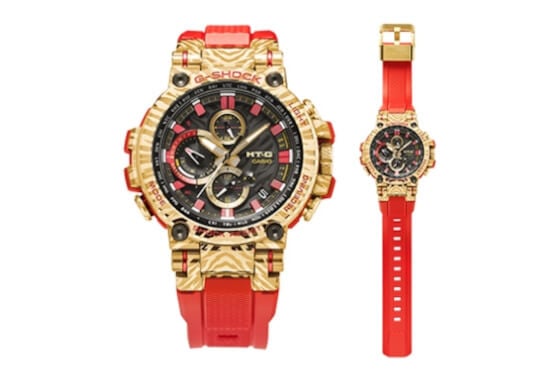 G-Shock MTG-B1000XBD-1A & MTG-B1000XB-1A with Carbon Fiber Bezel (MTGB1000XBD-1 U.S. Release)
Disclosure: G-Central is managed by fans and supported by ads. We may earn a commission on purchases from our links to Amazon, eBay, and Reeds Jewelers. Please follow your country's official G-Shock site for additional release information.

It will be available worldwide just with “normal” packaging…

i saw the video man, thanks a lot for it!